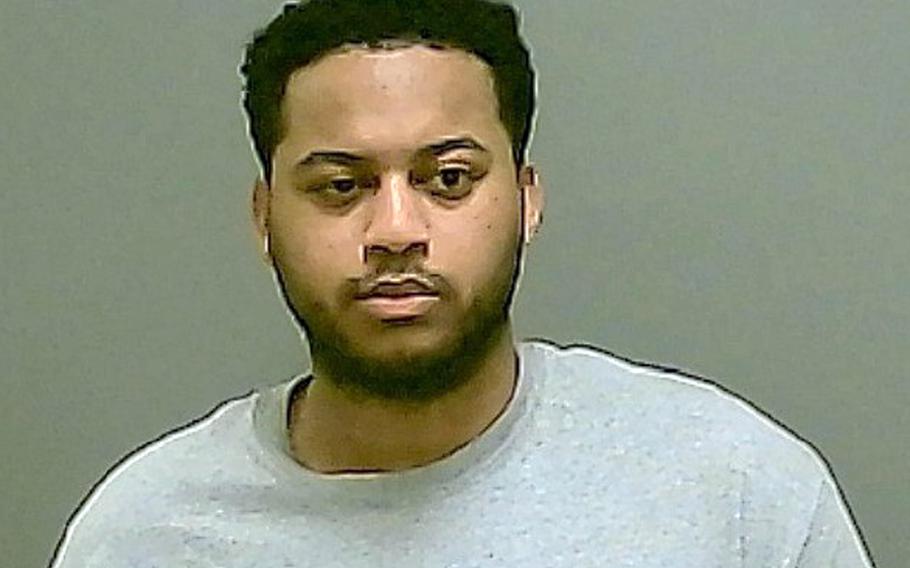 A Hurlburt Field, Fla., airman has been charged in Alabama with rape and solicitation of a child after police alleged he traveled across state lines to meet an 11-year-old girl he befriended on a dating app, according to court documents.

Senior Airman Keith Norris Williams, 25, was arrested in Florida on April 30 and extradited to Decatur, Ala., on May 15, the Decatur Police Department said in a statement posted to its official Facebook page. He faces charges of first-degree rape, electronic solicitation of a child and traveling to meet a child for an unlawful sex act.

If convicted, Williams faces up to life in prison, according to the Decatur Daily.

Although Decatur Police and court documents identified Williams as an airman first class, the 1st Special Operations Wing at Hurlburt Field referred to Williams as a senior airman in a statement emailed to the Northwest Florida Daily News.

Williams is assigned to the 901st Special Operations Aircraft Maintenance Squadron, according to the newspaper.

He was released from custody Sunday on $60,000 bond, police said.

However, a spokeswoman for the 1st Special Operations Wing said Williams is now "within the confines of an Air Force base and is not allowed to leave the state of Alabama,” according to the Northwest Florida Daily News.

Authorities began investigating Williams after he sent a friend request to a shared Facebook profile monitored by the girl’s father on Feb. 12, according to a police affidavit filed in Morgan County District Court.

The girl’s father posed as his daughter and began engaging with Williams via the social media site.

“After Williams sent a friend request to the account, the father sent Williams a message asking, ‘Do I know you?’” the affidavit states.

Williams responded by sharing his screen name from Badoo, a dating app. In an interview with authorities several weeks later, the 11-year-old confirmed she had first met Williams on the app some months prior, according to court documents.

“I remembered your name and face especially when we met for the first time,” Williams wrote in subsequent messages, according to the affidavit. “So I found you on here.”

The affidavit stated Williams referenced specific physical activity with the girl, and what the child was wearing the night they met.

“Ima definitely marry you in the future lol,” Williams wrote.

After being confronted by her parents, the girl admitted she knew Williams and that he “came to her house and engaged in sexual intercourse with her in the backyard” in October 2020, the affidavit states.

The girl’s family contacted Decatur police that same day, prompting the investigation, according to the affidavit.

"Williams is presumed innocent until and unless proven guilty," the wing public affairs office told the Northwest Florida Daily News. "However, the Air Force has a strict zero-tolerance policy on this type of behavior. We are confident in the Decatur Police Department’s ability to conduct not only a thorough and fair investigation, but that proper justice for all will be met."