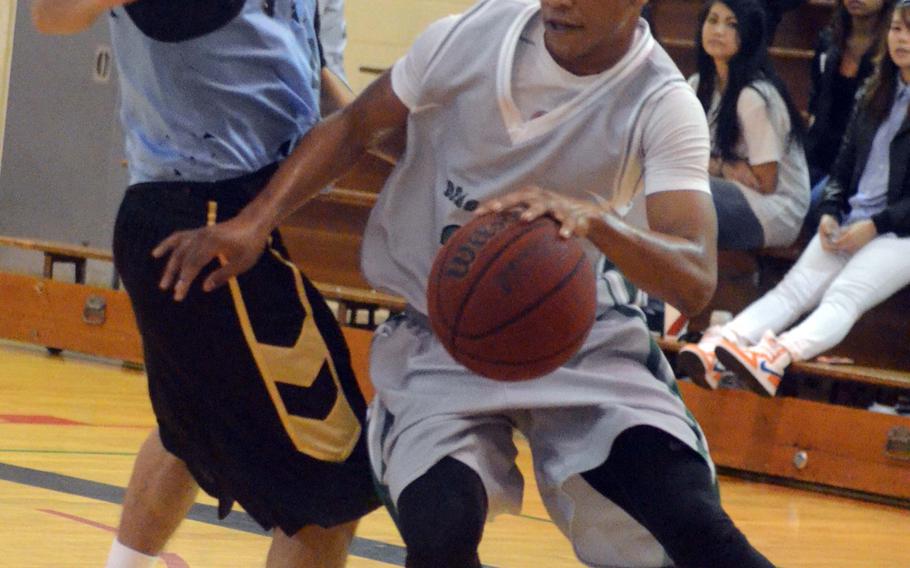 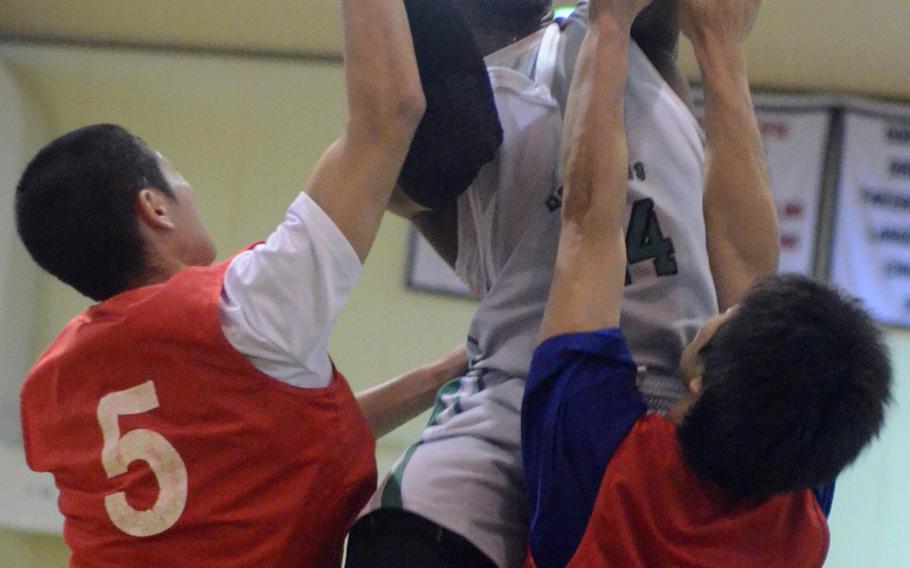 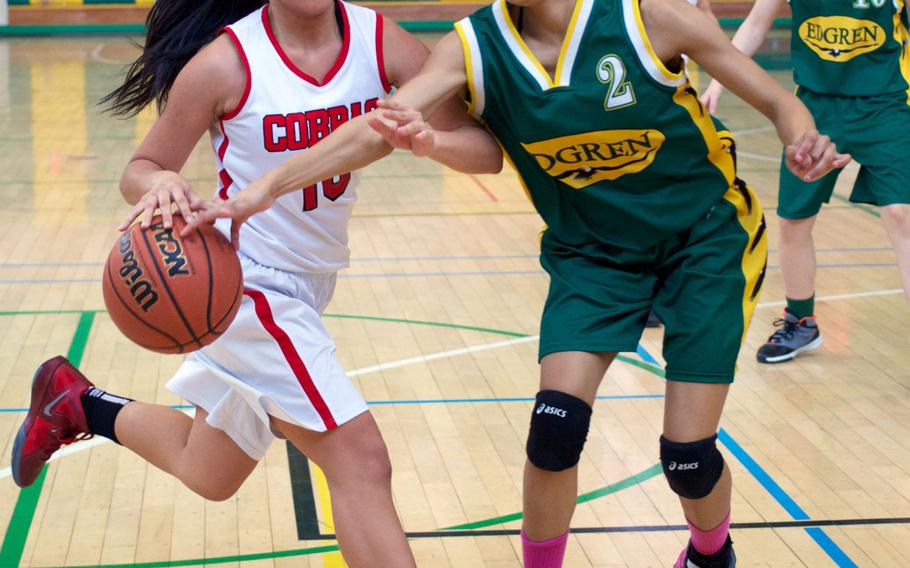 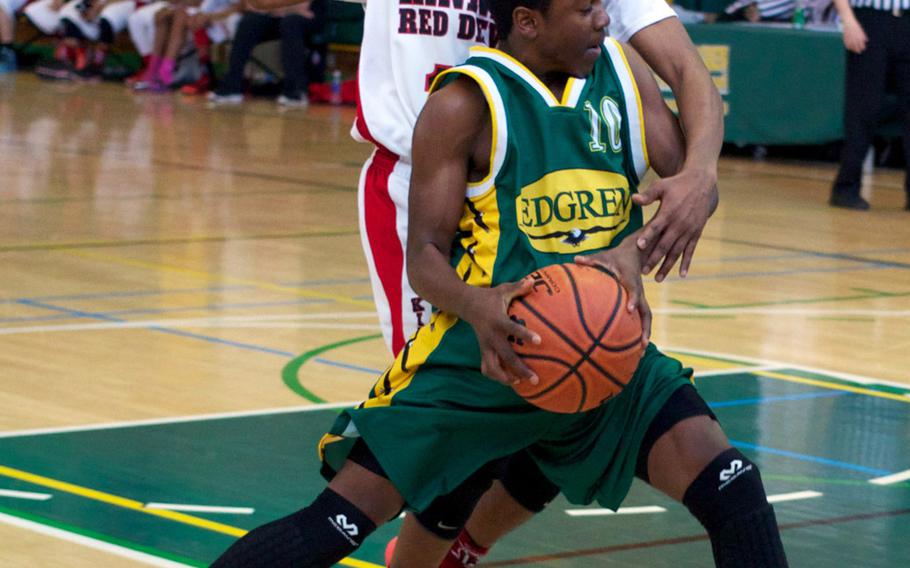 They were exactly in this position one season ago. But Daegu’s girls basketball team is hoping to write an ending much happier than last year’s.

The Warriors took the first step toward that ending Saturday, getting 17 points and eight steals from Rheagan Wyche and closing their regular season with a 64-35 win at Humphreys.

That sealed the regular-season title, plus the top seed and first-round bye in the Korean-American Interscholastic Activities Conference Blue Division Tournament next weekend at Taejon Christian International.

Another girls team wearing green and white, Kubasaki, continued its renaissance by outlasting Kita Nakagusuku 78-67, again with Johnson & Johnson leading the way, Sydney with 18 points and Alyah with 22 points and 17 rebounds.

“We’re starting to click,” said coach Bob Driggs, whose Dragons have won four of their last five. “Our height helps a lot. We’re healthy … everybody’s starting to understand their roles.”

The Dragons boys saw their five-game winning streak end at the hands of Okinawa’s No. 2-rated Japanese team, falling 90-80 to Oroku despite having five players score in double figures, led by Jarrett Mitchell with 17.

Matthew C. Perry’s boys and girls teams went a combined 1-3 on their two-day swing through Tokyo international schools. The Samurai boys fell 49-46 vs. St. Mary’s International and the girls 41-21 at Seisen International. Both games were played at Seisen’s Phoenix Center.

In the weekend’s only wrestling action, Kinnick captured seven firsts and won the Christian Academy Japan Invitational going away, scoring 123 points. St. Mary’s was next with 76, followed by CAJ (56).

The surprise among Red Devils winners was Jianni Labato, who’d been trying all season to beat St. Mary’s Kentaro Hayashi; Labato beat him by technical fall to win the 115-pound title. “He wrestled really well, the most impressive match of the day for us,” coach Gary Wilson said.

Next for the six Kanto Plain wrestling schools is Saturday’s Kanto Plain Association of Secondary Schools finals at St. Mary’s.

Correction Edgren's Jai Carter was misidentified in a picture in an earlier version of this article.