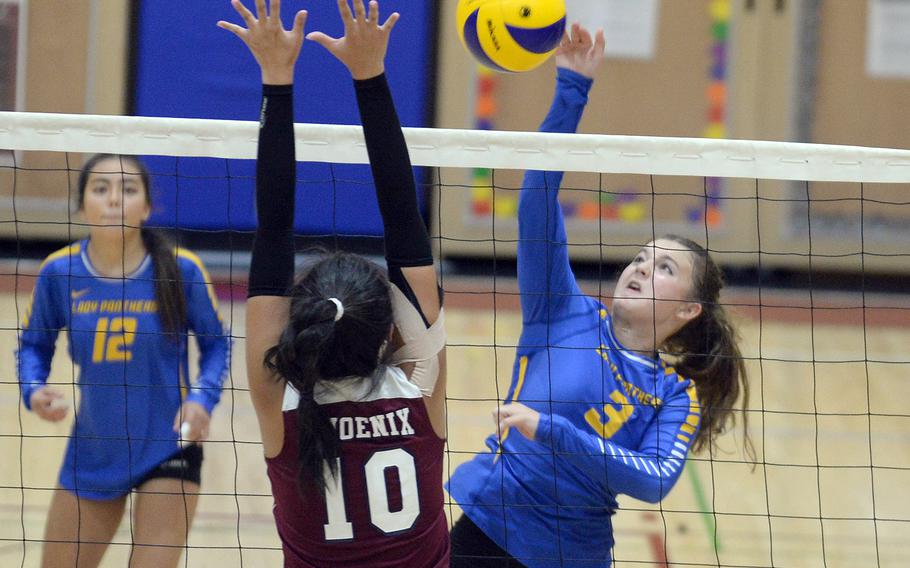 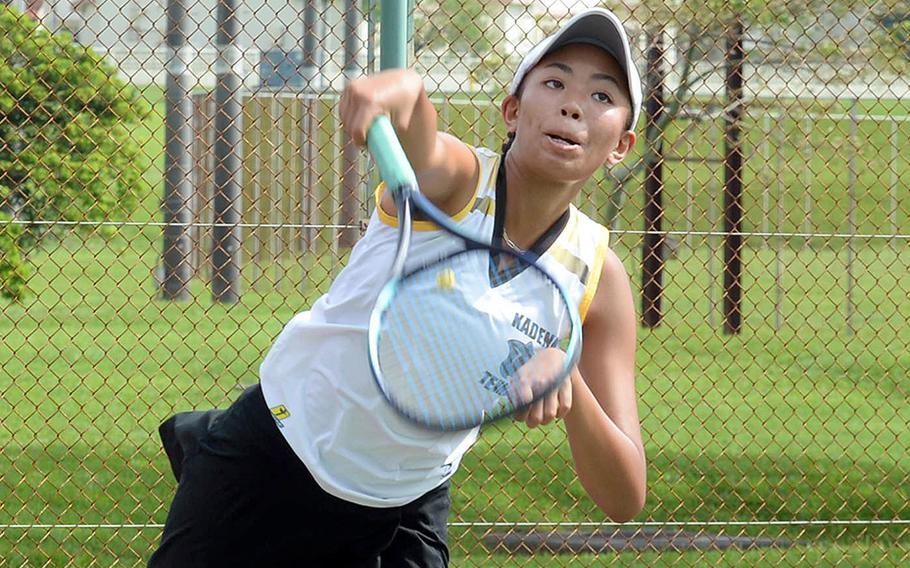 Kadena's Christine Ryan serves against Kubasaki during Thursday's Okinawa high school tennis matches. Ryan and her doubles partner Mary Tracy beat Kubasaki's Jessica Blackston and Lillian Law 8-1, one of only four matches completed; the rest of the 14 were rained out. (Dave Ornauer/Stars and Stripes) 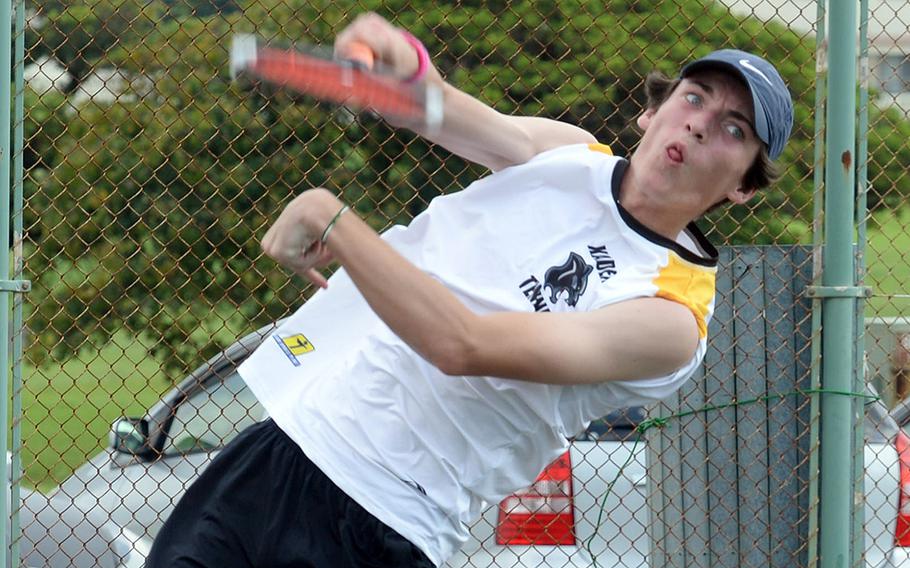 Kadena's Evan Davis serves against Kubasaki's Owen Ruksc during Thursday's Okinawa high school tennis matches. Davis won 8-1, one of only four matches completed before the rest of the 14 were rained out. (Dave Ornauer/Stars and Stripes)

Thursday at Kadena Air Base

Tuesday at Yokota Air Base 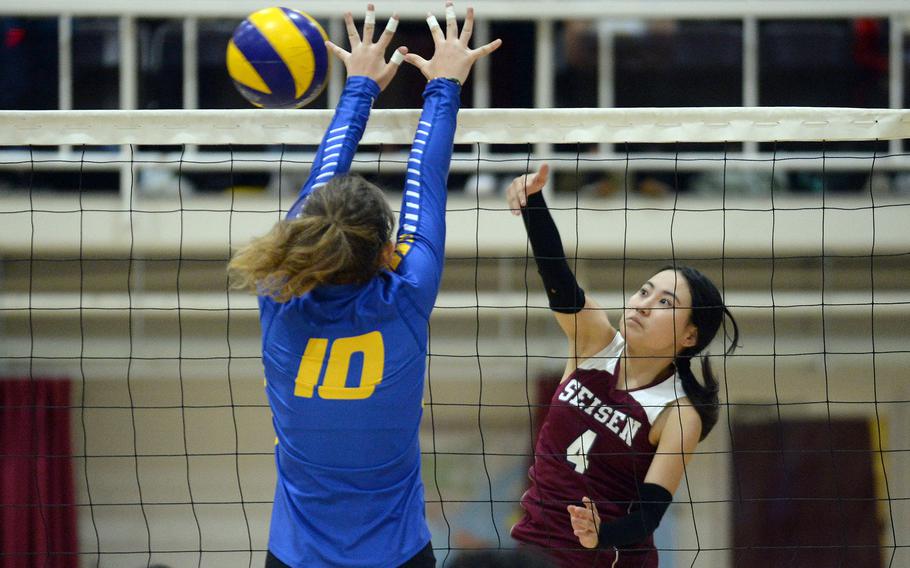 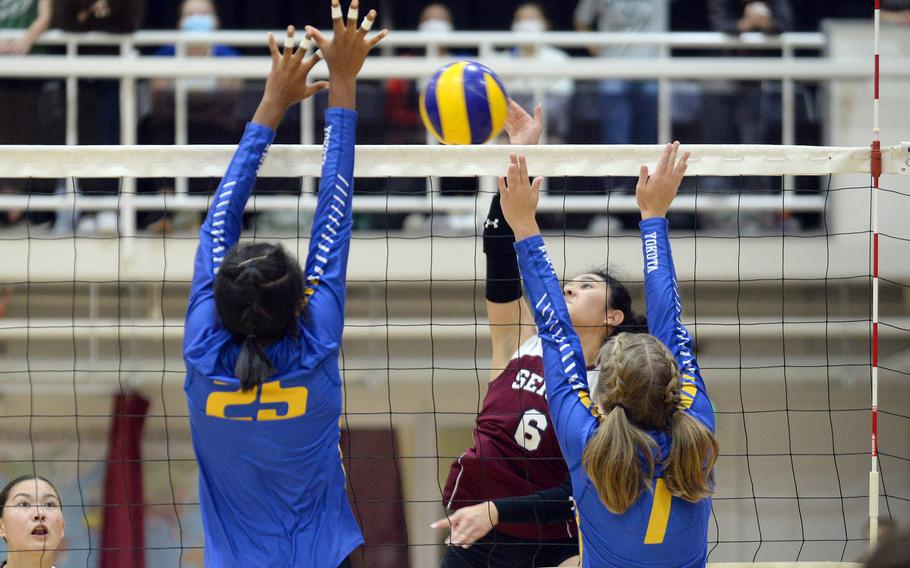 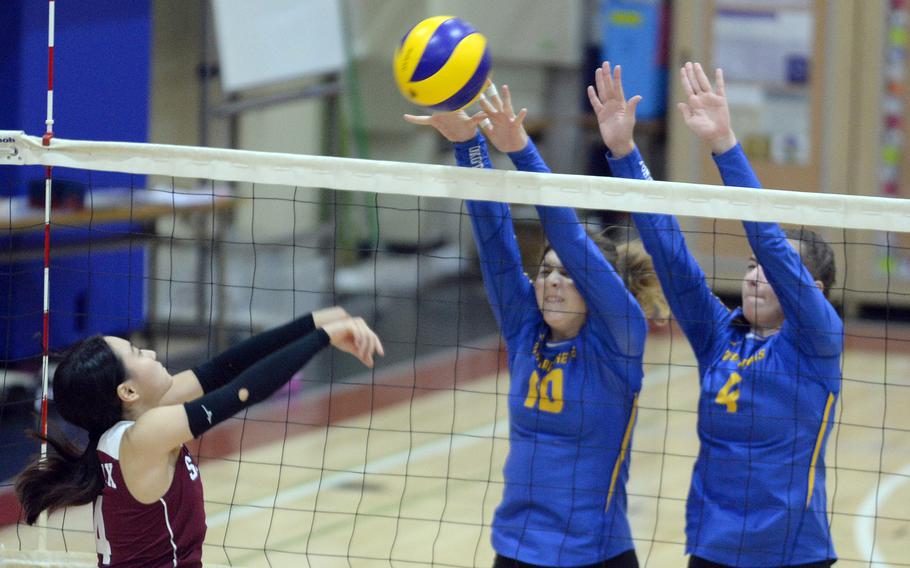 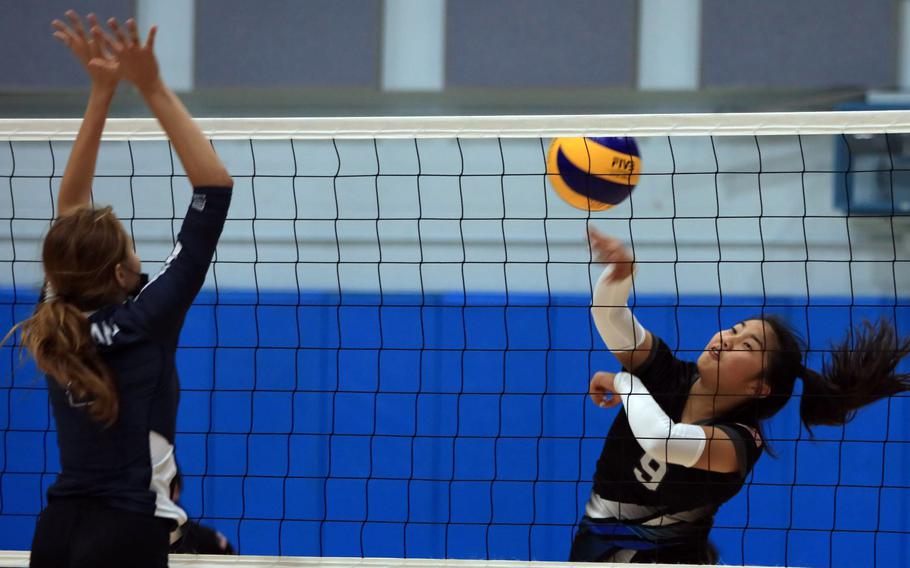 Wednesday at Osan Air Base

Thursday at Yokosuka Naval Base 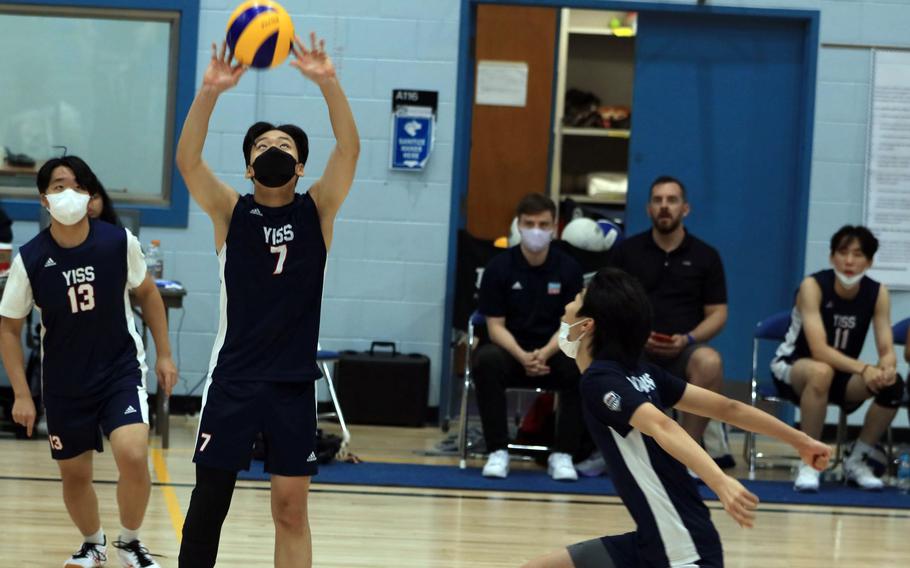 Wednesday at Osan Air Base