Royals make all the plays when it counts to capture crown 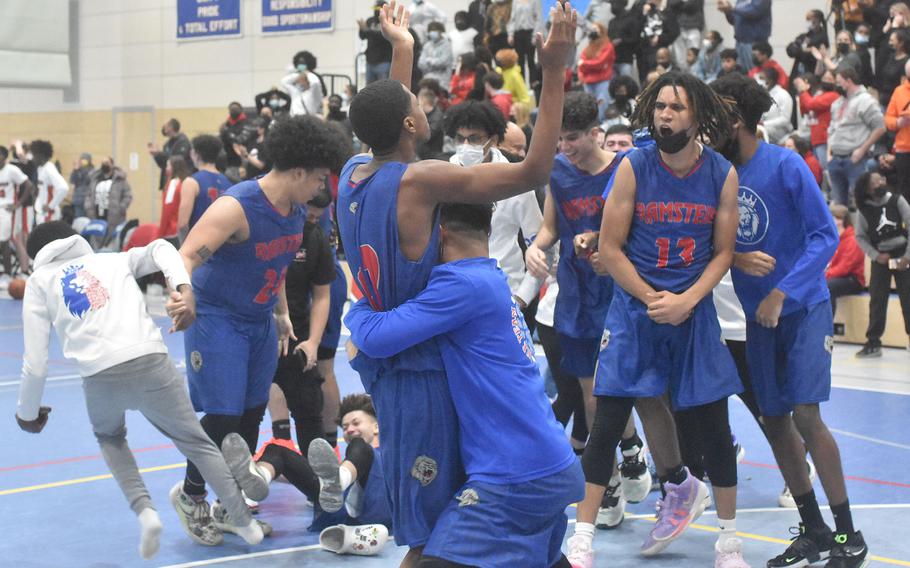 RAMSTEIN AIR BASE, Germany – There’s no bigger rivalry in DODEA-Europe than the one between Ramstein and Kaiserslautern, the two high schools that serve the largest concentration of Americans outside the U.S.

And there was no shortage of drama on the basketball court Saturday night when the Royals and Raiders met for the Division I boys basketball title.

When it was all over, though, Ramstein came up on top, 51-48, thanks to a series of key plays down the stretch. It was a noted turnaround from the round-robin game decidedly won by the Raiders on Wednesday.

“They wanted it more,” Royals coach Brendan Rouse said of his team before listing the contributions of player after player shortly after a brief but wild celebration on the court. “After that (earlier) game, they wanted to play them in the finals.” 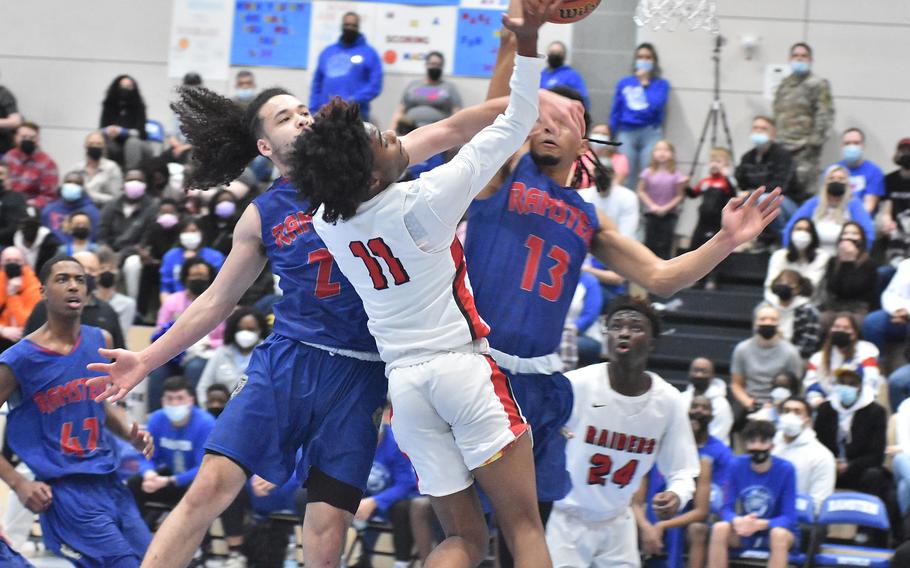 Ramstein got its wish, but it didn’t seem like a happy ending for much of the game. Kaiserslautern, led by standout sophomore Keenan Garner, led for much of the way. The Raiders were up by three with more than a minute left, in fact, when they started to slow the game down in an attempt to run out the clock.

Just about everything went wrong for the Raiders after that.

First, Dominic Brooks came up with a steal and scored on a layup to cut the lead to one. The Raiders tried to eat up more clock, but this time Timar Dix got the steal and basket to put his team on top with 34 seconds to play.

Brooks came away with yet another turnover and looked to be headed for another basket, but Garner came from behind to block his shot. After a timeout, Ramstein tried to put the ball back into play with about 19 seconds left on the clock. Chaos ensued as just about every player on the court seemed to have his hands on the ball at one point before Bryson Bishop emerged with it and a clear lane to the basket. His dunk seemingly sealed the victory for the Royals and a celebration ensued.

But officials conferred and put two seconds back on the clock with the Raiders getting a slim chance to tie it. Kaiserslautern actually managed to get the ball to Garner, but his hurried three-point attempt failed and the Royals were celebrating again. 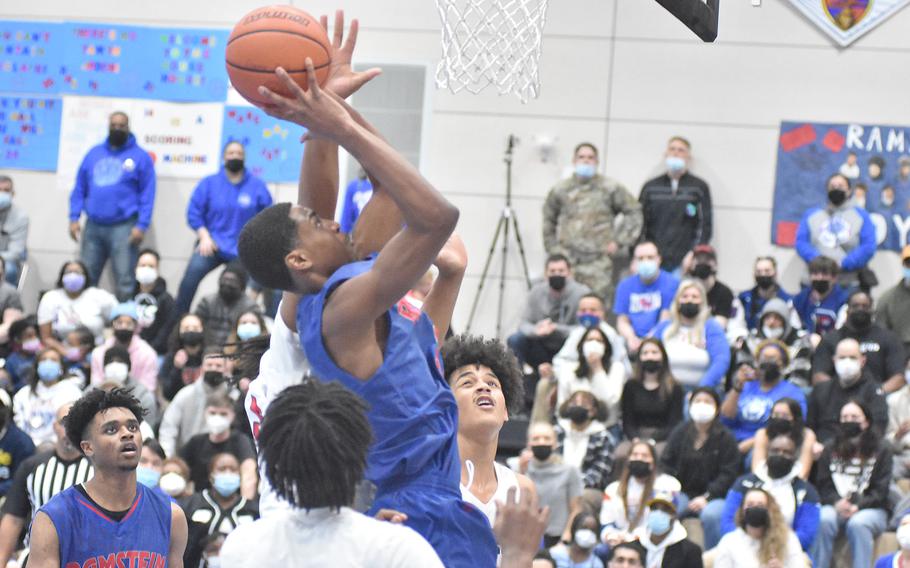 Ramstein's Bryson Bishop goes up for a basket late in the championship game of the DODEA-Europe Division I boys basketball championships on Saturday, Feb. 26, 2022 at Ramstein High School. The Royals defeated Kaiserslautern for the title. (Kent Harris/Stars and Stripes)

Raiders fans, who largely held their own in the nearly full gymnasium throughout the game – which also saw dueling cheerleading summersault-offs during breaks - were stunned.

Asked what the difference was from the Kaiserslautern win on Wednesday and Saturday’s rematch, Kaiserslautern assistant coach Corey Sullivan shook his head.

“It’s a good question. We’ll be asking ourselves that for a while.”

Bishop had 21 points and Dominic Brooks 11 for the Royals, while Garner paced the Raiders with 25.

Wiesbaden won the third-place game 58-47 over Vilseck as Kaleb McKenzie and Malfoy Anitok each scored 20 points. DeVaughn Terrell had 15 points for the Falcons. 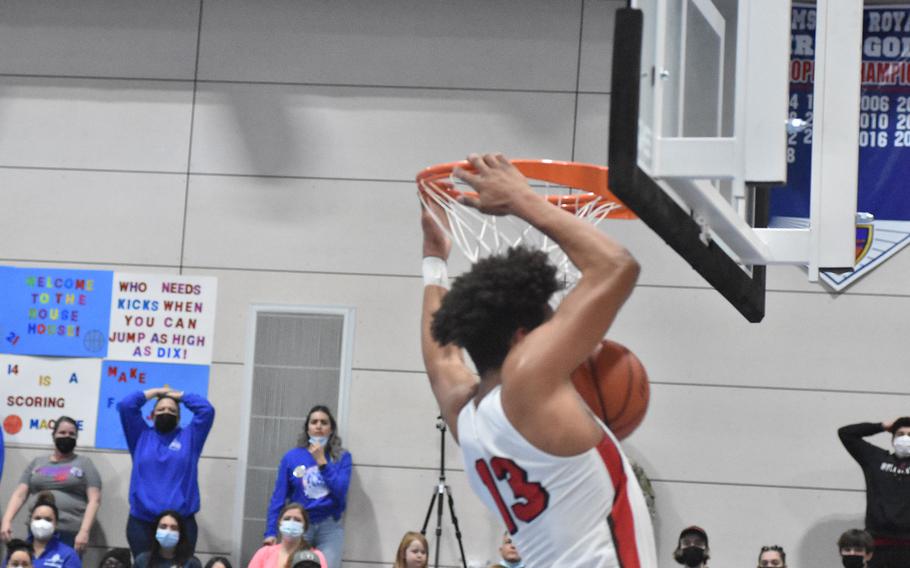 Kaiserslautern's Keenan Garner finishes his second dunk in as many nights, disappointing Ramstein fans in the championship game of the DODEA-Europe Division I boys basketball tournament on Saturday, Feb. 26, 2022. Royals fans were ultimately happy when their team won. (Kent Harris/Stars and Stripes)