Could veterans put us on a path toward bringing respect and civility back to politics?

Americans have been told that we’re a nation hopelessly divided into two warring camps so many times there’s a danger it could become a self-fulfilling prophecy. That after a polarizing midterm election filled with unrelenting news coverage and political ads separating us into red vs. blue, we will stop believing we can chart a different path in our politics.

The broad majority of Americans who hold more moderate political attitudes will feel their only options are to either become an ideological warrior or to disengage from politics completely.

Such a moment calls for new leaders willing and able to break us from this illusion and disrupt our cycle of polarization and division. New research from my organization, More in Common, suggests that military veterans may be uniquely positioned to serve in such a capacity. This Veterans Day, let us consider the ways veterans could play a larger role in bringing Americans together across our lines of difference and division.

In some ways, this is a return to the original meaning of Veterans Day, where bridgebuilding was a central thread. In 1954, when President Dwight D. Eisenhower issued the first Veterans Day proclamation, he made two requests of the American people: that we “solemnly remember the sacrifices of all those who fought so valiantly, on the seas, in the air, and on foreign shores, to preserve our heritage of freedom” and that we “reconsecrate ourselves to the task of promoting an enduring peace so that their efforts shall not have been in vain.”

The first ask, that of solemn remembrance, evokes the service which distinguishes veterans from the broader society. The second ask, that of a common pursuit of peace, charges us to come together for a shared purpose. Eisenhower was referring to global peace in the context of the Cold War, but his admonition is just as readily applied to peace in our divided home today.

We’re in a moment where nearly all Americans feel concerned about the level of hostility in our society and where Americans are losing confidence in most institutions and groups. Our research, however, finds that 86% of Americans say they trust veterans to do what is right for America and 76% say veterans are role models for good citizenship. This trust and respect holds true for Republicans, Democrats and Independents alike, and speaks to the distinct potential veterans have to bring Americans together across our political divide.

Veterans organizations such as More Perfect Union and The Mission Continues already do this by bringing veterans together with their communities for social, civic and service purposes. And programs such as the American Legion’s Boys State and Girls State have long brought diverse groups of students together to build civic skills and values. These initiatives show the impact veterans can make toward building a healthier society, but much more is needed.

The call is not just for nonveterans to engage more with veterans. Veterans also need to do more to build connections with those outside of the broader veteran and military community. Often veterans organizations engage nonveterans primarily to ask for support — time, money, or political capital — for initiatives that help veterans and military families. However important and necessary these initiatives are, we need much deeper, nontransactional relationships if we are to start lowering the temperature and toxicity in our politics.

We cannot afford to wait to build these relationships either. Polarization often unfolds similar to how Ernest Hemingway described going bankrupt, “gradually and then suddenly.” Although Americans currently have a warm and respectful attitude toward veterans, there are significant vulnerabilities. Our research found that over 50% of Americans “Rarely” or “Never” talk to veterans, primarily because they do not know any. This suggests the positive feelings Americans have for veterans lack robust foundations.

These weak foundations are likely to come under greater pressure in the coming years. Given the heightened focus on political extremism among veterans and the declining trust Americans seem to have in the military, absent any intentional effort to build relationships that cut across ideology and veteran status, we could see more Americans start to sort veterans into categories of “good” and “bad” based upon their ideological orientation. Not only will this hurt the veteran community, but it will add more fuel to the fire of polarization burning through our social fabric.

Veterans Day is a fitting day to start the work of preventing such polarization by strengthening the ties that bind veterans and nonveterans together and weaving such bonds where they don’t exist yet. We can recognize and commemorate the distinctive acts of patriotism veterans exemplified by serving the nation while at the same time rededicating ourselves to finding common ground. Veterans can serve as critical leaders for such efforts to bring Americans together under the themes of freedom, service and sacrifice that we honor today.

Dan Vallone, a veteran who served in Afghanistan, co-leads the Veterans and Citizens Initiative, a nonpartisan organization of veterans and military families. He is also the U.S. director of More in Common, a nonprofit focused on bringing Americans together. 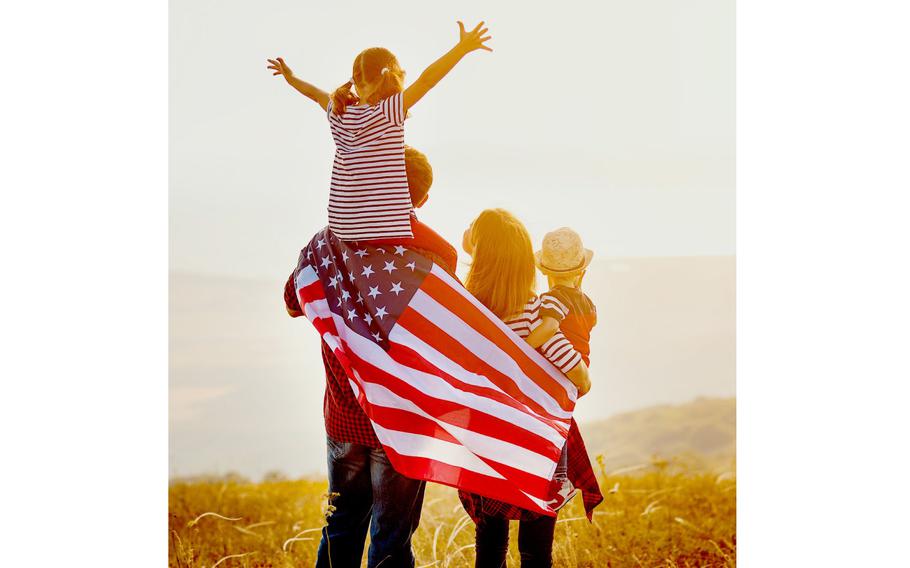