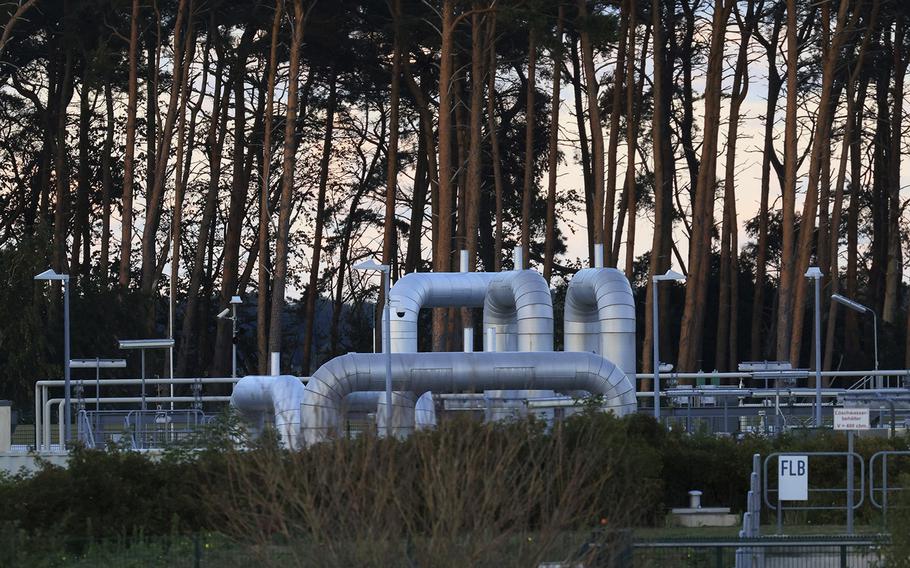 After months of deliberation and deflection, it is time for Europe to place a cap on natural gas prices. Russia has weaponized energy, its clear aim to destabilize our societies. Fifteen member states have clearly expressed their support for capping prices. Europe should take back control of its gas market.

In normal times, governments must let markets work. But these are not normal times. Russia is reneging on contracts and deliberately restricting supply. When one player can move prices, there is no sense in “letting markets function.” Governments are supposed to structure and police markets. Confronted with clear market manipulation, government intervention is not just justified but required.

As prices increase to unprecedented levels, the market has ceased to function. Liquidity has dried up and volatility has spiked, creating huge opportunities for suppliers and speculators to profit from sharp movements in price. Major energy companies are coming under duress, seeking government help. No household, company or government can plan around or manage a market where prices move up or down randomly.

In the first quarter of 2022, according to official estimates, the European Union paid an extra 62 billion euros to import gas relative to the previous year. The final tally for 2022 will run in the hundreds of billions, trillions if one includes the knock-on effects in the electricity market and the economy at large. Meanwhile, Russia’s current account surplus has tripled to over $180 billion through August 2022.

These prices have helped attract supply into Europe but at an exorbitant cost — we have secured supply but neglected cost. Europe is paying two to three times more for gas than Asian nations. A certain price increase was unavoidable, but Europe’s success in acquiring gas is partly due to the economic slowdown in China. In a typical year, China’s liquefied natural gas imports rise by 25%; so far this year, they have fallen by 20%. This shift, more than high prices, has allowed Europe to import the gas it needs.

Europe faces an imbalance that prices alone cannot correct. LNG imports into Europe have been stable since early 2022, despite a continuous rise in prices. Europe’s ability to replace Russian gas is as much a function of physics as it is of economics: No matter how high prices go, Europe as a whole cannot, in the short term, fully replace the volumes it has lost from Russia. When supply cannot respond to prices, letting prices rise forever is an act of neglect, not prudence.

Faced with massive costs, businesses and households must conserve energy and switch to alternative fuels. All this is necessary. But we must distinguish between “savings” and devastation, between sensible reductions in energy consumption and uncontrolled prices that shut down our industries and bankrupt households and small businesses.

Sooner or later, markets will balance — but without a cap on prices, the cost of that balancing will be measured in lives destroyed and jobs lost. This is why I proposed in July a pan-European scheme to compensate large energy users for reducing their consumption, bringing the market into balance without resorting to extreme prices.

The emerging consensus is converging toward a small set of options. The common denominator is the desire to impose a cap on all gas, not just the small volumes still coming from Russia. The cap should be high enough to act as a circuit breaker but allow market activity at reasonable levels to continue. I have a specific cap in mind, but that figure is the subject of confidential member-state negotiations that I want to respect — so I won’t disclose it here. Still, with high enough prices, suppliers will still send their gas to Europe, and consumers will still have reason to reduce their demand. A cap should be an upward limit on how high prices can go, not an artificially low number that will destabilize markets.

A cap on prices carries risks, of course. But as we move into winter, the dangers of inertia compound.

We cannot afford to sit back and watch as Russia uses our market institutions against us. It is an act of common sense, and of sovereignty, to step in and design rules that respond to the unprecedented challenge we face. Imposing a cap on natural gas prices is an inevitable step in that process.

Kyriakos Mitsotakis is the prime minister of Greece. This column does not necessarily reflect the opinion of the editorial board or Bloomberg LP and its owners.