US must think big picture on its many rivals 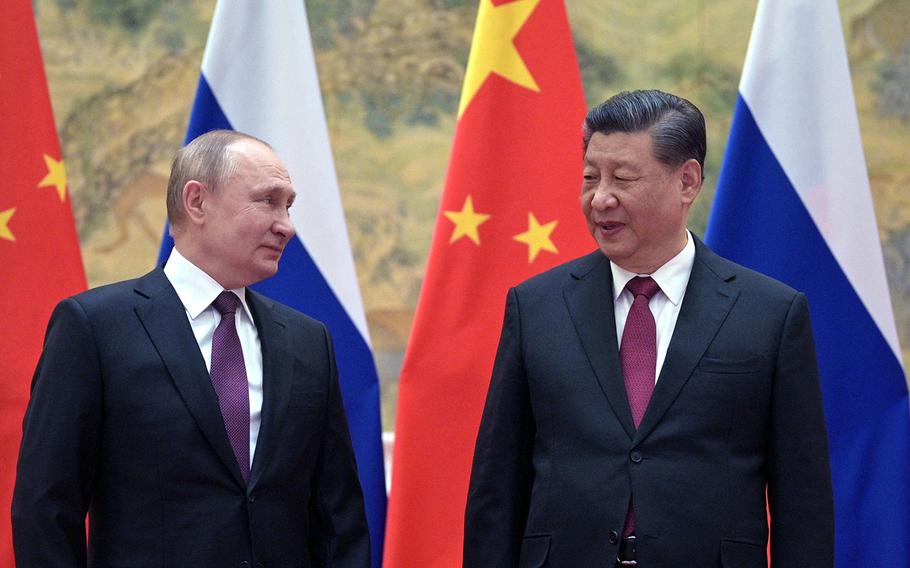 Earlier this month, U.S. officials revealed Moscow asked Beijing to provide it with economic and military support as Russian forces continue their invasion of Ukraine. It was part of the Biden administration’s efforts to shape China’s policy toward Russia, which culminated with President Joe Biden warning China’s leader there would be consequences if Beijing extended aid to Moscow as the war enters its second month.

These attempts are unlikely to sway Chinese actions. As U.S.-China relations continue to sour, President Xi Jinping of China and Russian President Vladimir Putin recently declared their partnership has “no limits.” This emerging China-Russia convergence, a worrying development for Washington, shows how both countries increasingly view the United States as an overstretched superpower with too many overseas commitments and challenges.

Biden entered office determined to shift American grand strategy and national security policy toward focusing on China and the Indo-Pacific. The president told the Munich Security Conference the U.S. and its allies “must prepare” for a “long-term strategic competition” with Beijing. The White House reiterated in its Interim National Security Strategic Guidance document that American strategy should allow it to succeed in any contest with China or other nations.

However, international crises often distract presidents from their foreign policy goals. Biden’s presidency is no different. Although Biden believes the defining challenge of the 21st century is what he calls the struggle between democracies and autocracies, he’s had to contend with a range of problems already, including the ongoing COVID-19 pandemic, the Myanmar coup, Israel’s latest war with Hamas, the tragic withdrawal from Afghanistan, continuing tensions with Cuba, Iran, North Korea and Venezuela, and worsening effects from climate change.

Yet despite having to grapple with many difficulties beyond its control, Washington has not done itself any favors by continuing to adopt hawkish positions on issues of secondary importance to the U.S. national interest. The result is vital interests have been nebulously defined and pragmatic options to deal with overseas crises have lost credibility and become hard to employ.

Put another way, the United States is an overstretched hegemon facing too many perceived threats at once. The answer to this conundrum is for policymakers to reevaluate America’s global posture and rethink its approach to secondary theaters.

In the Middle East, the U.S. should continue to reduce its military presence in countries like Iraq and Syria while fostering rapprochement among its regional powers. The Trump administration’s “maximum pressure” campaign to force Iran’s leaders back to the negotiating table failed to achieve its objectives and incentivized Tehran to advance its nuclear capabilities. This means Washington should now move quickly to wrap up its discussions with Iran to revive legal limits on its nuclear program and encourage the Gulf states to reestablish diplomatic ties with Tehran. A gradual lifting of U.S. sanctions on Iran will remove a major impediment to improving Middle Eastern stability and push countries like Saudi Arabia and the United Arab Emirates to reopen dialogue with their Iranian neighbors.

Closer to home, Washington should abandon its efforts to achieve regime change in Cuba and Venezuela. The Obama administration rightly announced a thaw in U.S.-Cuba relations in 2014, but President Donald Trump reversed many of those gains when he imposed new sanctions on Havana. Despite promising to revoke those restrictions, Biden has levied new ones. Cuba is not a threat to the United States and sanctions needlessly antagonize it while creating a hurdle to broader reconciliation within the Western Hemisphere between Washington and Latin American nations.

The same is true for Venezuela. The campaign to oust President Nicolás Maduro was always strategically pointless and defied geopolitical logic. With Russia’s invasion of Ukraine disrupting global energy flows and sending fuel prices soaring, more efforts should be made to initiate dialogue with Caracas, a usually close ally of Moscow that is attempting to distance itself from Russia’s aggression.

And in East Asia, Biden could learn from the U.S. response to China acquiring nuclear weapons during the 1960s in formulating his North Korea policy. Much as he’s already done, the president should continue to ignore Pyongyang’s saber rattling and accept denuclearization as an unrealistic possibility. Given U.S. deterrence holds against North Korea, this approach would help decrease volatility throughout East Asia.

Strategic overstretch has forced Washington to dangerously expand the definition of the national interest and tackle too many issues that are a drain on limited U.S. resources. The outcome is a distracted superpower that its adversaries are attempting to exploit while its focus is elsewhere. To minimize this dilemma, Washington should reduce insignificant overseas commitments, diplomatically reengage with actors where interests need to be redefined, and harmonize its military posture with its foreign policy. With fewer rivals abroad, Washington can focus on the big issues that are central to U.S. national security.

Grant Golub is a Contributing Fellow at Defense Priorities and a doctoral candidate studying U.S. diplomatic history and grand strategy in the Department of International History at the London School of Economics and Political Science.