In the nuclear faceoff with Iran, Biden just blinked 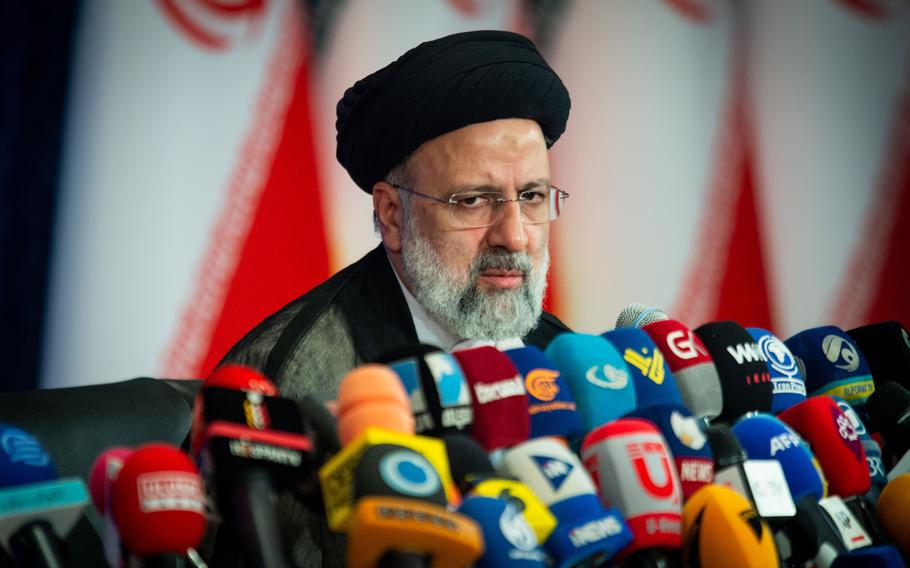 For months, President Joe Biden has given the impression that he is prepared to play hardball with Iran over its nuclear program. As the world powers have negotiated with the Islamic Republic to revive the 2015 agreement known as the Joint Comprehensive Plan of Action, the U.S. has maintained that the theocratic regime in Tehran would get no relief from sanctions until it returns to compliance with the deal’s terms.

The Biden administration also let it be known that it had reviewed a range of military options to prevent Iran from producing a nuclear weapon. When Tehran ignored the admonition and ramped up its uranium enrichment capacity, the U.S. took its tough talk up a notch, saying fresh sanctions would be imposed if the negotiations in Vienna to restore the deal didn’t produce results.

The objective of the escalating threats was to get the Iranians to blink. But it is Biden’s resolve that now seems to be weakening. The U.S. State Department announced on Friday that it was waiving some sanctions on Iran’s nuclear program, apparently to induce some reciprocal concession from Tehran.

No dice. The Iranians quickly dismissed the U.S. overture as insufficient. The waivers allow foreign firms to work on some nonmilitary aspects of Tehran’s nuclear program; this was barred in 2020 by sanctions imposed by Biden’s predecessor. (President Donald Trump withdrew the U.S. from the JCPOA in 2019 on grounds the deal didn’t do enough to restrain Iran.)

The Iranians know an empty gesture when they see one: It is highly unlikely any foreign company would engage with the nuclear program when there was a risk it might be required to abruptly pull out if the negotiations in Vienna end in failure. Tehran says it wants all sanctions withdrawn, and a U.S. commitment not to reimpose them in the future — a guarantee no president can give.

The Iranians will also recognize in Biden’s waiver a wavering of presidential will. If the U.S. is willing to make some concessions unilaterally, it might be willing to make other, more substantial ones. Because the gesture comes on the heels of Secretary of State Antony Blinken’s warning that Iran will soon be “a matter of a few weeks” from having enough fissile material for a bomb, Tehran will conclude that its nuclear brinkmanship is working. Why not stick with it?

While holding out for the withdrawal of more sanctions, the regime will note with satisfaction that Friday’s waivers in effect reinforce the idea that there are nonmilitary aspects to the Iranian nuclear program. This, as I have previously written, is Tehran’s long con.

In truth, Tehran has no nonmilitary need for a nuclear program. There is no energy imperative: Iran is blessed with some of the world’s largest reserves of oil and natural gas and isn’t making any meaningful investments in renewables. Nor is there any great scientific objective: Nuclear technology is hardly the holy grail it was in the middle of the last century, and the ability to enrich uranium brings Iran no bragging rights.

The only reason the Islamic Republic has a nuclear program at all is to menace its neighbors and blackmail the wider world into giving the theocrats of Tehran what they want: money, from unrestricted oil and gas exports as well as access to frozen assets abroad; and power, which comes from using the money to acquire weapons and finance terrorist groups throughout the Middle East.

Biden may think his sanctions waivers will persuade the Iranians to back off their nuclear ambitions. But the message they will receive is just the opposite.

Bobby Ghosh is a Bloomberg Opinion columnist. He writes on foreign affairs, with a special focus on the Middle East and Africa. This column does not necessarily reflect the opinion of the editorial board or Bloomberg LP and its owners.