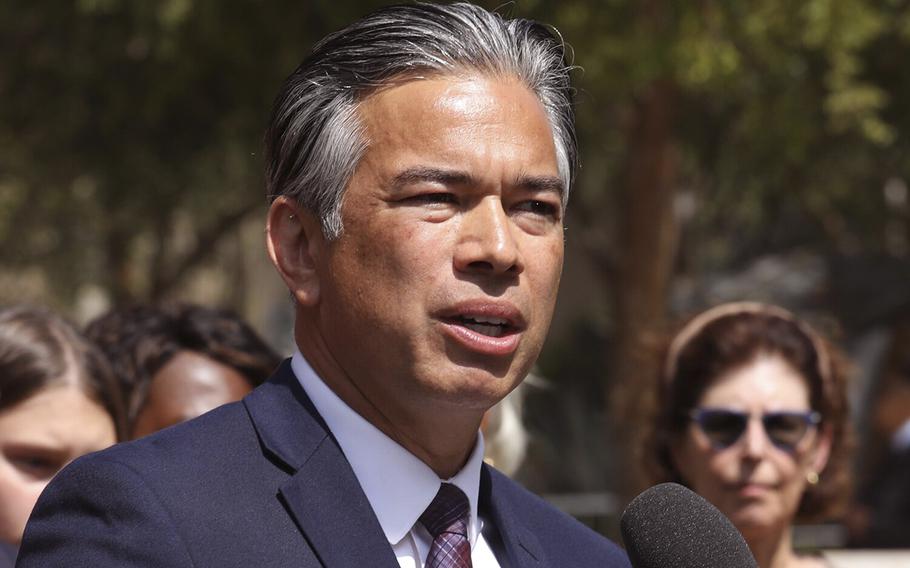 California Attorney General Rob Bonta speaks during a briefing in Santa Monica on July 22, 2022. Bonta announced on Thursday, Aug. 11, the arrest of Don Azul in connection with an alleged years-long scheme to defraud families with relatives who served in the military, as well as the University of California and California State University systems. (Genaro Molina / Los Angeles Times)

(Tribune News Service) — A Los Angeles man has been arrested for counterfeiting tuition waivers for families of veterans, duping University of California and California State University schools out of half a million dollars in the process, state Atty. Gen. Rob Bonta announced.

Don Azul was taken into custody Wednesday for allegedly posing as a contractor for CalVet's College Fee Waiver for Veteran Dependents program, which offers free college tuition to attend UC or CSU schools to family members of veterans who have "service-related" disabilities.

Prosecutors say Azul lied to more than 40 non-eligible military families and charged them hundreds of dollars for counterfeited letters purporting to approve them for the program. After giving them the letters, Azul urged the families to submit them to schools, according to prosecutors.

His scheme fooled the colleges as well and resulted in the state losing more than $500,000 in fraudulently obtained tuition waivers for the families at 23 schools, Bonta said.

"It is nothing short of despicable to prey on veterans' family members and take advantage of their college dreams," Bonta said. "We won't stand by when scam artists exploit important programs like the CalVet College Fee Waiver for their own selfish benefit."

Azul was hit with 52 counts of grand theft, forgery and other charges.