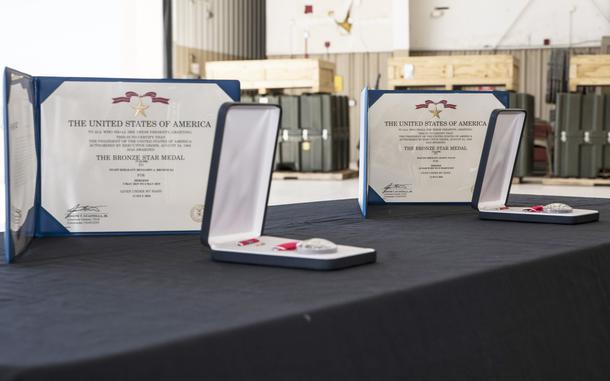 Seeking the Star: Pennsylvania veteran on mission to honor his brother killed in Vietnam
Jenkins Twp., Pa., Air Force veteran Ralph Edwards is determined to see that his brother, who was killed in Vietnam, is posthumously awarded either the Bronze Star or the Silver Star medal. 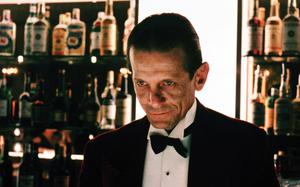 ‘Shining’ actor Joe Turkel, a WWII Army veteran, dead at 94
Joe Turkel served in the Army during World War II before heading to Hollywood to work with heavyweights including director Stanley Kubrick. 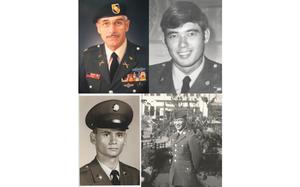 Four Army veterans to receive Medals of Honor for heroic battles and selfless acts in Vietnam
One soldier led his unit through a deadly ambush in 1968. Another defended a besieged fire base in 1972. A third directed airstrikes after a crash landing in 1971. And a fourth single-handedly cleared a trench of enemy troops in 1966.

Ohio veteran Joe Burdick’s love for the U.S. flag is evident in his creations
Veteran Joe Burdick takes great pride in that service to his country – so much so it has spurred a business and philanthropic effort called Burdick’s Flags – all centered on creating unique wooden American flags.

Last remaining WWII Medal of Honor recipient, Hershel ‘Woody’ Williams, dies at 98
Williams received the nation’s highest award for valor in combat because of his “conspicuous gallantry and intrepidity” on Feb. 23, 1945, when he was a 21-year-old corporal during the Battle of Iwo Jima.

'You sent me to war. Now's your turn to fix me.' How a veteran-owned weed brand is helping other veterans
To date, the sales of Helmand Valley Growers Co. cannabis products have channeled $57,000 to the Battle Brothers Foundation an Oceanside, Calif.

With Massachusetts VA hospital closure called off, vets say they took a stand and leaders listened
Veterans and those who advocated on their behalf celebrated the news that the VA hospital in Northampton, Mass., would remain open.

The top House security official has his sights on a safer Capitol. It’s a big task.
It’s been more than a year since William J. Walker accepted the job of House sergeant-at-arms, and he landed in the middle of chaos.
More Veterans News news