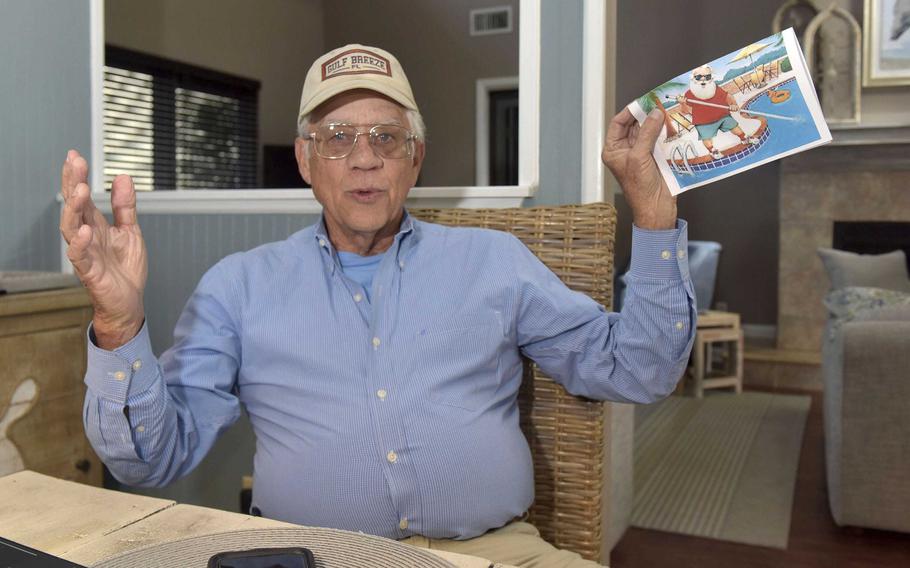 PENSACOLA, Fla. — After donating about $12,000 over the last two Christmas seasons to pay off utility bills for Gulf Breeze residents, Mike Esmond could have ended his kindness there.

But instead, he has spent about six months of 2021 donating a chunk of the $104,000 check that Planters sent earlier in the year for being a good Samaritan as part of the company's "A Nut Above" campaign.

Esmond has used that money to help even more Gulf Breeze families in danger of having their utilities shut off, paying off balances for 677 accounts, totaling about $80,000.

"In other words, I paid everybody's past-due account for a while, about March to August, like six months straight," Esmond said. "Nobody that had their utilities, Gulf Breeze utilities, had anything disconnected."

And he's not done yet.

Esmond has decided to return to his giving ways again this Christmas season for a third consecutive year, donating an additional roughly $4,600 last week to 29 accounts. That puts his total donations this year at close to $85,000 and his giving over the last three years at more than $96,000.

Esmond said that with the substantial money from Planters that he donated throughout the year, he wasn't initially planning to give again this holiday season. But the thought of inspiring others prompted him to continue the tradition.

"You know, it's not only paying these 29 accounts, it's the happiness that this brings so many other people across the United States and around the world," Esmond said. "I've got countless letters and sections and emails from people."

Esmond said it's particularly touching to hear how the donations have helped older Gulf Breeze residents who may need additional assistance.

"I've had some older, retired people call me crying on the phone, because I paid their bills, because they live on Social Security, and they don't know what's going on," Esmond said. "So it's not only families. There's older single people that you know, are in this predicament also."

Esmond runs his own company — Gulf Breeze Pools and Spas — which he started in 2010. He said it is special that he is helping people in his own community.

"I've had two jobs in my life. My first job out of high school was in the United States Army. And I served a year in 1968," Esmond said. "When I got out of the Army, I went to work for a pool company. And I've been doing it ever since."

Esmond said he was originally inspired to help pay utility bills because of his own experiences back in the 1980s when he could not afford to pay his gas bill in the winter.

"I was raising three daughters and my wife and I would run around at night with this little plug-in electric heater in the rooms trying to give them a little bit of heat," Esmond said.

Esmond said he will likely continue the Christmas donations as long as he can afford to keep doing so.