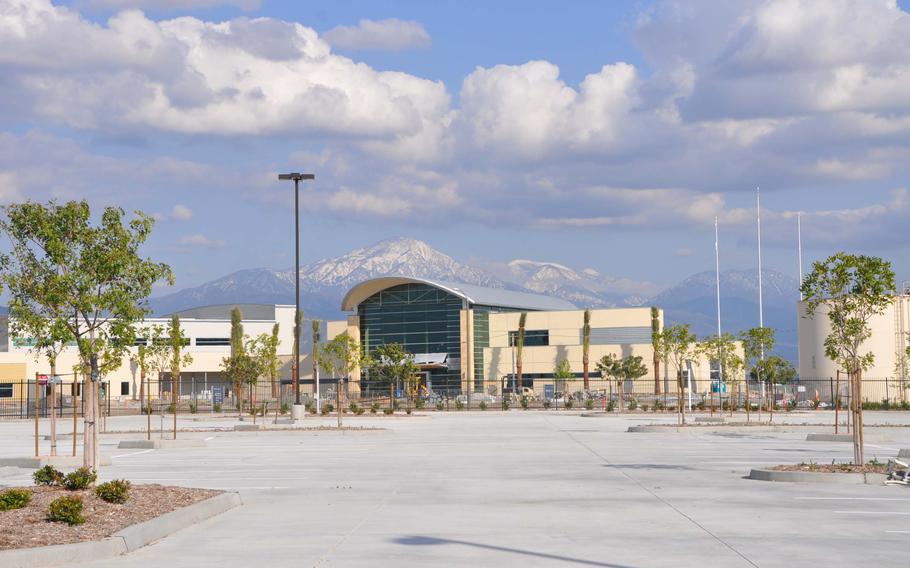 All three logistics giants have set root at San Bernardino International Airport in recent years, fulfilling a grand plan to transform the former Norton Air Force Base into an economic engine for the surrounding area.

Formed in 1990 — four years before the U.S. Defense Department closed Norton as a military base — the Inland Valley Development Agency handles non-aviation operations, including development projects pitched for the 600 acres at the airport and 14,000 acres nearby.

Meanwhile, the airport authority, formed in 1992, serves as the owner, developer and operator of all aviation activities.

A mix of city and county leaders from San Bernardino, Colton, Loma Linda and Highland sit on both boards. While they have fostered a renaissance of the former military base as a logistics hub, their job appears far from over.

In am email, Michael Burrows, executive director of both agencies, wrote the agencies’ “important work continues today and onto tomorrow,” but declined to say whether the development agency and airport authority will be around for the foreseeable future or will wind down activities in coming years.

San Bernardino Mayor John Valdivia, co-chairman of the development agency and an airport authority board member, believes both have fulfilled their purpose by spurring economic development and job growth in the area.

“I’m proud of our partnership,” Valdivia said in a phone interview. “I have a lot of great colleagues who value the same principles of growth.”

But with growth comes controversy.

The Federal Aviation Administration’s 2019 approval of a new 660,000-square-foot sorting facility at the former base still is being challenged in federal court by environmental advocates and legal experts who claim the approval process ignored significant health risks the project would post to the surrounding community.

The San Manuel Band of Missions Indians, meanwhile, is building a 1.1-million-square-foot warehouse not far from the Amazon Air Regional Air Hub, south of Third Street between Victoria and Central avenues.

Environmental advocates argued during last year’s approval process that another warehouse in the area would worsen already polluted air. Yet, area and tribe leaders conveyed confidence last year that San Manuel Landing would benefit the community for years to come.

“We are your neighbors,” Peter Mateo, the tribe’s director of planning and development, told the City Council the evening the project was approved. “We breathe the same air and drive on the same roads. ... We are part of this community. San Manuel Landing is not a quick money-making project for today, but is a commitment by the tribe that tomorrow will be better.”