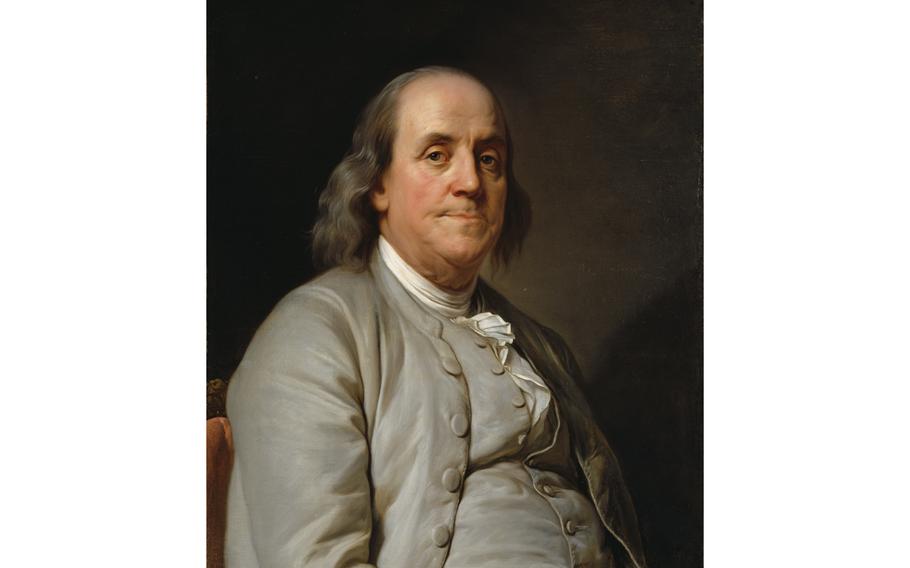 Five weeks had passed since the death of Benjamin Franklin's son, and rumors were swirling. Four-year-old Francis "Franky" Franklin had died after being inoculated for smallpox, the rumor went, and now his pro-inoculation father was trying to hide it.

The gossip reached such a point that on Dec. 30, 1736, the grieving father, then 30, confronted it in the pages of his newspaper, the Pennsylvania Gazette.

"Inasmuch as some People are, by that [rumor] ... deter'd from having that Operation perform'd on their Children," he wrote, "I do hereby sincerely declare, that he was not inoculated, but receiv'd the Distemper in the common Way of Infection."

It must have been hard to admit - Franklin had long advocated inoculation as a "safe and beneficial practice" - that his own son had gone unprotected.

"I intended to have my Child inoculated," he explained, "as soon as he should have recovered sufficient Strength from a Flux [diarrhea] with which he had been long afflicted."

More than five decades later, in his autobiography published posthumously, he said he had "long regretted bitterly, and still regret" that he had chosen to wait.

Nearly three centuries later, Franklin's story has new resonance as a fourth wave of the coronavirus pandemic grips the country, driven by the highly contagious delta variant and disproportionately affecting unvaccinated Americans, including children younger than 12, who are not yet eligible to be immunized, and teenagers, who have among the lowest vaccination rates in the country.

The concept of immunization came to the American colonies via Africa. In the early 1700s, Puritan minister Cotton Mather learned from Onesimus, a man he enslaved, about the method long used in West Africa, where a weakened form of the disease would be intentionally applied to a cut.

This gave the patient a mild case of smallpox, with a drastically higher survival rate than the usual illness. And afterward, the patient would be forever immune. Mather brought this concept to a local doctor, who began testing it on family members and people he enslaved.

Growing up in Boston and apprenticing for his older brother's printing business, the teenage Benjamin Franklin had a front-row seat to the public debate over the doctor's experiment. But, as Stephen Coss explains in his book, "The Fever of 1721: The Epidemic That Revolutionized Medicine and American Politics," there was a catch: His brother was against it. In fact, a desire to publish anti-inoculation screeds was a major reason why his brother started his newspaper, according to Coss.

The younger Franklin, always a lover of science and invention, probably didn't appreciate having to play a part in publishing anti-inoculation views. So later, when he had his own newspaper in Philadelphia, he became one of America's "foremost inoculation evangelists," Coss wrote.

When another smallpox outbreak hit Boston in 1730, he carefully recounted how well those who had chosen inoculation fared - only four died out of "hundreds" inoculated, he wrote - versus those who caught it naturally, in which case the death rate was nearly 30 percent.

He later published detailed instructions on how to perform an inoculation, and his decades of cataloguing survival rates probably played a role in George Washington's decision during the Revolutionary War to order the entire Continental Army to be inoculated. Washington had natural immunity after surviving a bout of smallpox in his youth.

So why, only six years later, did Franklin's son go uninoculated as another outbreak raged through Philadelphia? Many historians have accepted "at face value" Franklin's explanation that he was waiting for his son's health to improve, Coss wrote in Smithsonian Magazine. However, he proposes a different explanation, that Franklin's wife was afraid of inoculation and convinced her husband not to subject their son to it. He notes that the couple's relationship, once love-filled and affectionate, degenerated after Franky's death. Franklin began characterizing his wife as irresponsible and questioned her fitness as a mother.

In 1759, Franklin wrote about such a scenario, while exploring the public's reticence to accept inoculation. When "one parent or near relation is against it the other does not chuse to inoculate a child without free consent of all parties, lest in case of a disastrous event, perpetual blame should follow."

He also began to spend significant amounts of time away from her, like spending more than a decade in England when he originally said he would be gone a few months. He often took his daughter, grandson and other family members with him on these trips, but never her. In the last 17 years of her life, they spent only two years together, Coss wrote.

Near the end of his life, as he was writing his autobiography, the blame theme continued. After saying he "long regretted bitterly" the circumstances of his son's death, he added this warning:

"This I mention for the Sake of Parents, who omit that Operation on the Supposition that they should never forgive themselves if a Child died under it; my Example showing that the Regret may be the same either way, and that therefore the safer should be chosen."