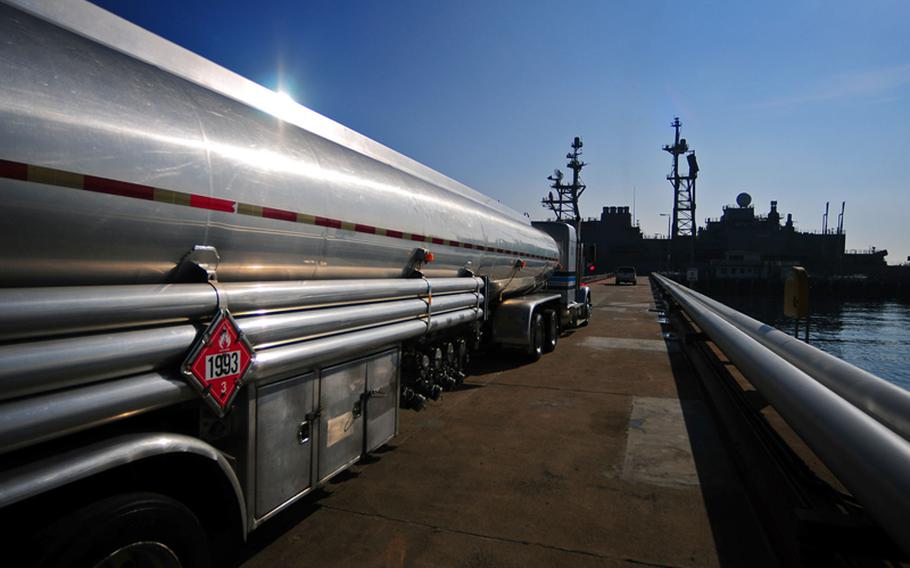 The U.S. Senate voted Wednesday to remove restrictions on U.S. military biofuels spending in the 2013 defense authorization bill, a measure that preserves one of the Navy's long-term priorities.

Biofuels remain considerably more expensive than either oil or natural gas, though industry advocates argue that costs will come down as the market for biofuels expands.

The Navy drew criticism earlier this year from Congress for spending nearly $27 per gallon for biofuels used in ships for a summer demonstration exercise.

Secretary of the Navy Ray Mabus has set a goal to have half of the fleet's fuel come from alternative energy sources by 2020. The Air Force also plans to ramp up use of biofuels in aircraft and other systems during the next decade.

Mabus and congressional supporters have argued that purchasing biofuels protects the armed forces from oil price shocks in the Middle East, which could potentially divert funds from operations.

"It should tell us something that in an era of reduced [Defense Department] budgets, our senior leaders remain fully committed to this effort," the bill's sponsor, Sen. Mark Udall, D-Colo., said on the senate floor Wednesday. [link -- http://www.markudall.senate.gov/?p=video&id=2929]

"While I fully support the development and use of all alternative fuels, to include biofuels, the priority for our defense spending must be maintaining its readiness," Sen. James Inhofe, R-Okla., said in a statement released to Stars and Stripes on Tuesday. "With limited funds, the military must focus on readiness and modernization that is paramount to defending this nation."

Inhofe added that developing the nascent biofuel industry should be left to the private sector.

Industry supporters, who ramped up their lobbying efforts in recent weeks, have cited the semiconductor and the Internet as examples where military spending jumpstarted private sector industry.

The advocacy group also released a report that claimed biofuel spending would generate billions in economic activity across a broad swath of states. However, the report's findings require massive industry spending and expansion.

The Udall amendment removed a key hurdle for biofuel spending, but there is still some uncertainty. Another section of the proposed defense bill would curtail the military's ability to spend money on biofuel refineries.

Sen. Kay Hagan, D-N.C., is sponsoring an amendment to strike that section, but it has not yet been presented on the Senate floor.

The Air Force and Navy biofuel targets will require an additional 770 million gallons of biofuel manufacturing capacity, according to the E2 report.

After the defense authorization bill passes in the Senate, it still faces changes when Congressional leaders reconcile the differences between the House and Senate versions in conference committee.