Episode 7: How a military spouse escaped her abusive husband 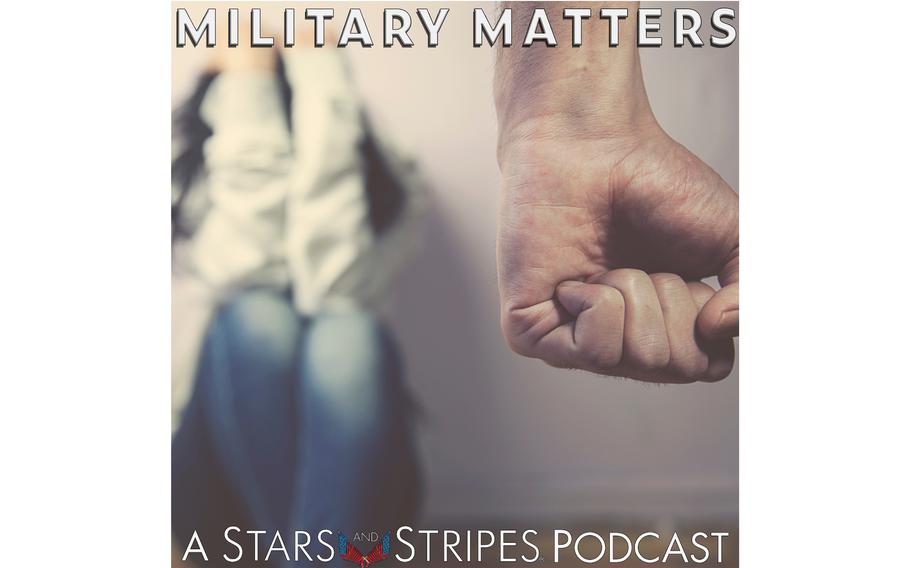 Sexual assault and domestic violence remain problems in the U.S. military, despite recent efforts by the services to address these issues.

In this episode of Military Matters, Celina, the ex-wife of a 7th Special Forces Group soldier, shares with co-host Jack Murphy her horrific story of abuse at the hands of her ex-husband and how she finally managed to escape. Due to the sensitive nature of this report, Celina is identified only by her first name, and her ex-husband is not identified.

Celina and her ex-husband married in 2010, around the time of their first daughter’s birth. By the time he joined the Army, about five years later, the couple had three children.

“I was in my head trying to support all his dreams and thinking, oh, maybe if I can just, like — if he can feel like he's in a state of quote unquote ‘making him feel like a man,’ then he won't be so hostile,” Celina said. “This is the point where I’m like … OK, this is getting scary. I now have three children and I need to do something fast because it’s intensifying and things are escalating

But Celina’s ex-husband’s abusive behavior only increased as the years went on. Among other episodes she details in the interview: He killed the family’s dog before going on his only overseas deployment, and while on that deployment, he made sure Celina did not have power of attorney and also restricted her access to money by taking all the family’s credit and debit cards with him.

Things came to a head after that deployment. During an incident at a beach on Eglin Air Force Base, Fla., where they were stationed, Celina said her ex-husband almost killed their son by holding his head under the water.

“I remember I was trying to call people (on the beach) like, hey, did you see that? Can you call the MPs?” Celina said. “No one, not a soul. People literally turned the other direction.”

Celina managed to escape with help from on-base counselors and her father, who drove her and the kids from Florida to Arizona. In part two of the interview, Celina talks about how she survived, and how the Army mismanaged her case.