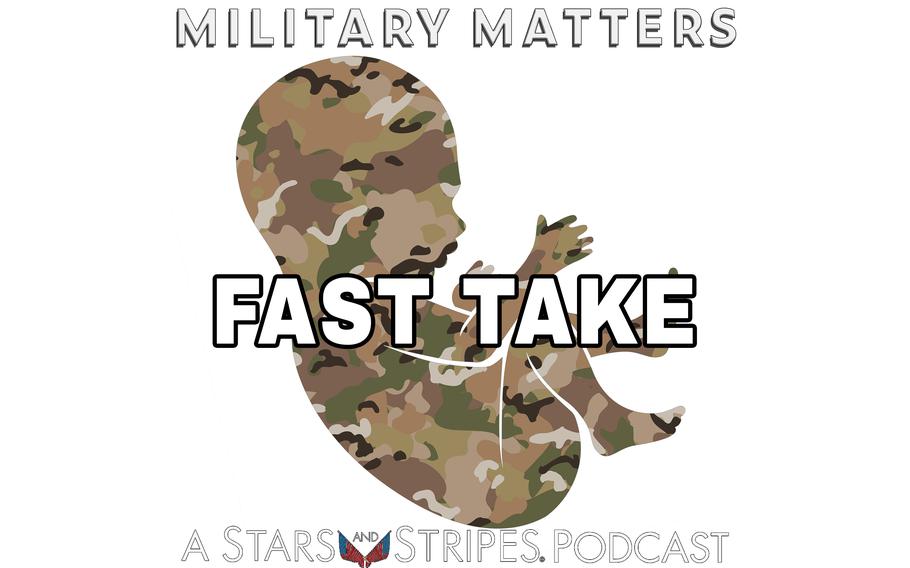 Female service members in need of abortions have been left in difficult — and often dangerous — predicaments after the Supreme Court’s June decision overturning Roe v. Wade, coupled with the already existing Hyde Amendment, which prohibits the federal government from providing abortions, with some exceptions.

In this Fast Take episode of Military Matters, co-hosts Rod Rodriguez and Jack Murphy look at these issues following Rodriguez’s interviews with Stars and Stripes reporter Nancy Montgomery and Air Force reservist and military spouse Bari Wald, who shared her own nightmarish story about an abortion gone wrong in a Japanese hospital.

“This isn't really going to affect upper middle class white women so much — they're going travel across state lines, they're going to go and they're going to get the medical treatment that they need,” Murphy said about the repeal of Roe v. Wade. “… What occurred to me is that what this is really going to hit is poor people, minority communities, people who — I mean, if you're 16 and you're Black and you live in an impoverished community, you're screwed.”

Rodriguez and Murphy also talked about covering politically charged stories such as this one on Military Matters.

“We aren't ones to shy away from controversy,” Rodriguez said. “That's the point of being a journalist, I think, is to wade into those waters and bring those stories. But it's really for you, the listener, to make up your own opinion based on whatever ethical or moral guidelines you hold yourself accountable to.”