Episode 6: Pseudoscience, the occult and the rise of Nazi Germany 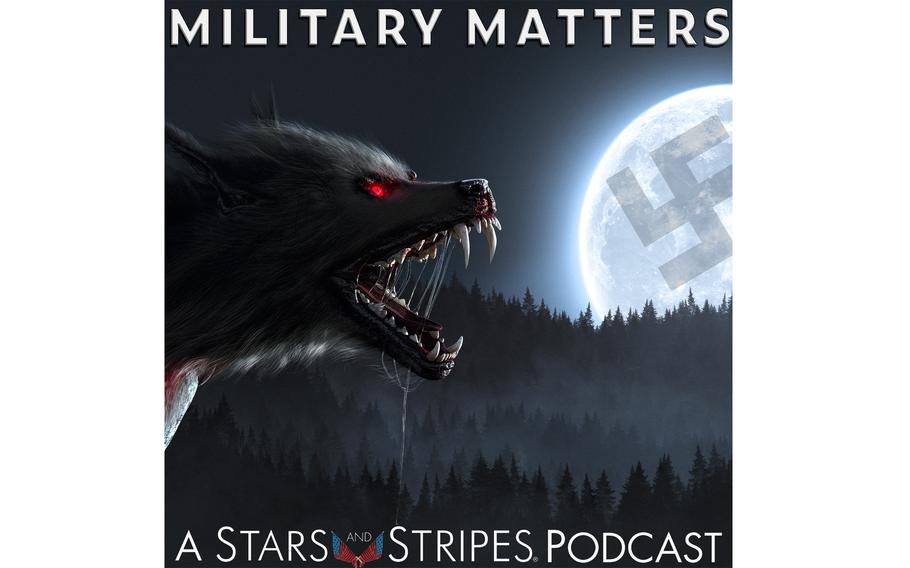 What do vampires, werewolves and Nazis have in common? Plenty.

There are many stories — the Indiana Jones films, shows on the History Channel — about how Adolf Hitler was obsessed with ancient relics, developing super weapons and how his inner circle was deeply invested in a cult matters. However, the truth is stranger than fiction.

In this episode of Military Matters, cohost Jack Murphy talks with Dr. Eric Kurlander, author of "Hitler's Monsters: A Supernatural History of the Third Reich," about the Nazi obsession with the occult and how Hitler convinced a country to abandon science for the allure of mysticism.

"Fascism is that attempt to unite or draw upon elements of the three major ideologies of the 19th century: liberalism, conservatism and socialism," Kurlander says. "Well, those are not compatible ideologies. ... How do you appeal to disaffected groups who in some ways find elements of all three of those attractive? You come up with supernatural or border scientific or irrational ideas ... all-inclusive theories, tropes, traditions or rituals that get away from discussing tax policy or education policy or empirical and scientific reality. ...

“That’s what fascism does very well. It’s an ideology of negation. Here are your enemies. Here are the monstrous others trying to get you. Here’s what we have to do to defend ourselves.”

The end of World War I brought a crisis to Germany. Millions of disaffected people, depression, veterans who had watched huge numbers of their fellow soldiers killed. And the Nazis used this sort of magical realism, this rejection of science and empirical data to leapfrog out of their current situation and jump into something completely new.

“It took a huge amount of crises, internal and external — a lost war, and then the Great Depression — to trigger enough of these kind of latent neuroses or pathologies,” Kurlander says. “So people abandon mainstream parties in the center and right, and move to the far right. It took a lot to do it, but the bridge to doing that, which was there already was the supernatural imaginary.”

“What held that together as common imagined community based on folkish ideology, paganism, all these kinds of things, right?” Kurlander says. “Blood and soil, mysticism, militarism. They did a great job of exploiting that. And the supernatural imaginary helps you do that.”

The scary part, and what, perhaps, makes the study of Germany in the 1920s and ‘30s so relevant, Kurlander says, is whether it could happen again.

“I’ve always been interested in the political history of 20th century, Germany,” Kurlander says. “Why did democracy fail? And obviously like many Americans who grew up reading comic books and watching movies and seeing the History Channel, I also had an interest in the occult and Nazi-ism as a kind of popular cultural phenomenon. But it’s only in the last 10 or 15 years where I started to see a resurgence of the kind of patterns I associate with the occult and supernatural thinking occurring in contemporary United States and Europe, what we associate with the alt-right.

“And that led me to think maybe it’s time to revisit that history in an academic way to get good at these larger questions that I’ve always been interested in, which is why did such a modern, vibrant, democratic society collapse so quickly into one of the most extreme fascist regimes we’ve ever had.”