by
Brian McElhiney
• Stars and Stripes • August 10, 2021
This story has been corrected. 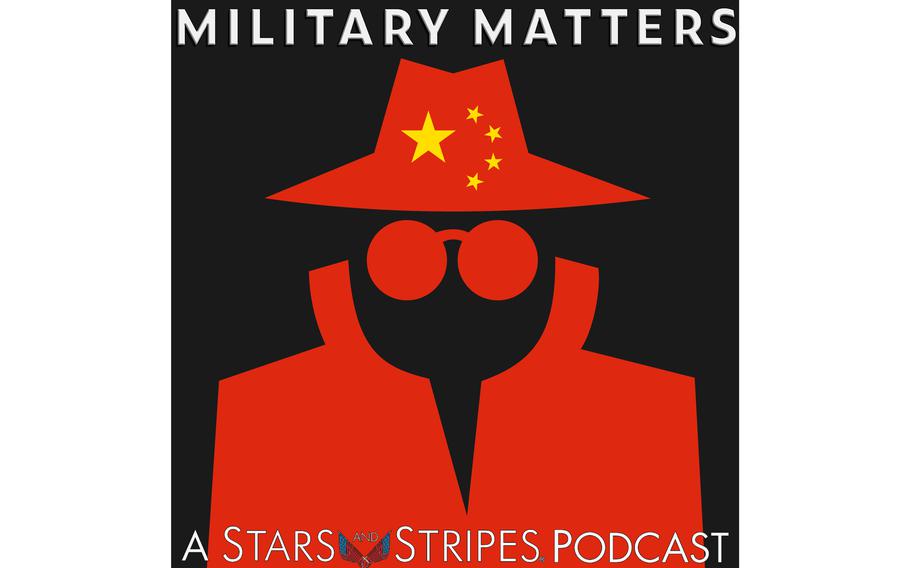 China has been at the forefront of digital espionage against the United States, but in this game of spy-versus-spy, who will end up with the upper hand?

Military Matters co-host Jack Murphy continues with the second of his three-part series on the rise of China. Matthew Brazil, a former intelligence officer with the U.S. Army and co-author with Peter Mattis of the 2019 book, “Chinese Communist Espionage: An Intelligence Primer,” joins Murphy to examine the past and present of Chinese intelligence operations.

After the Cultural Revolution in China in the ’60s and ’70s, the intelligence community was “broken apart and then put back together,” according to Brazil.

“It was first under the military, but it did survive and became important once again when Mao Zedong was seriously considering opening up to the Americans, which culminated of course in Richard Nixon's 1972 visit and the establishment of unofficial relations in order to balance Soviet power,” Brazil said. “And from then on, until the end of the Cold War and a little bit beyond, the United States and China had a common interest in understanding what was going on in the Soviet Union.”

Murphy and Brazil discussed the “Thousand Grains of Sand” theory of Chinese espionage: the idea that the Chinese Ministry of State Security sends out “collectors” abroad, including students, companies and tourists, to gather information that is then assembled into a “mosaic.” Brazil cited California State University, East Bay, student Christine Fang, a Chinese national who was accused of spying on politicians in the 2010s.

“As a ministry of public security officer once said years ago, the students going overseas or Chinese living overseas are like a kite,” Brazil said. “They may be flying free up there, but they have a string that goes back down to the ground and that's China. So they can be manipulated through their relatives. And that's all true. I buy off on that. It's absolutely a legitimate idea. Where I think the jury is still out is to what extent such recruitments are made.”

Murphy asked Brazil if he sees operational preparation of the battlefield as one of the goals of Chinese espionage. Brazil said he has seen indications of “the type of operations that would have to be pursued in order to scare off the Americans and intimidate Taiwan.”

“According to their writings, what they really want of course, is not to bomb the hell out of Taiwan and take its charred remains for the motherland,” he said. “What they really want is to convince the population, the voting public, that resistance is futile, and they want to be able to attract Taiwan back to the mainland without firing a shot.”

This story has been corrected to reflect that the Chinese Communist Party had limited interest in intelligence between their founding in 1921 and the split with the Chinese Nationalists in 1927, according to Matthew Brazil.
Brian McElhiney