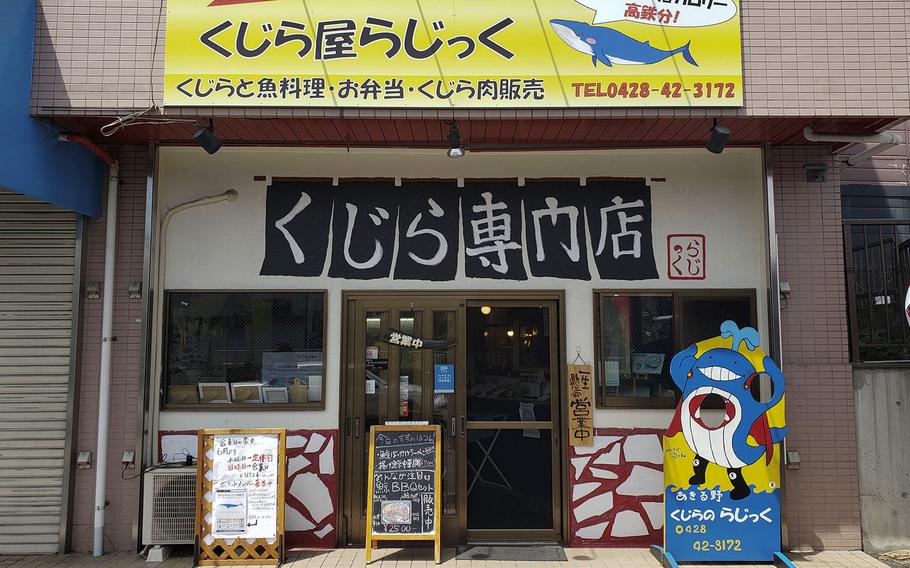 One such delicacy in Japan is whale.

Japan has been hunting the largest mammal on Earth for its oil, bones and meat for more than 2,000 years, but the height of the industry came after World War II.

During Japan’s post-war recovery, whale meat became a precious source of protein. About 154,000 tons were consumed domestically in 1960, a figure that afterward declined.

These days, only a few thousand pounds of whale meat are consumed yearly throughout the country and most of that is eaten by the older generation, who say it reminds them of their childhood, according to a January 2019 article by Nippon.com.

With a steady decline in consumption, Japan’s catch limit for whales is 383, and the country is limited to fishing in its territorial waters and exclusive economic zones.

Japan counters that whale hunting is a cultural tradition. Only Japan, Iceland and Norway continue to hunt whales, according to the International Whaling Commission. Other nations abide by a moratorium on whaling that started in 1985.

Japan sets its own catch limits and reports its catch to the whaling commission.

When I learned that a restaurant near my home served whale, I was curious. I wondered if the delicacy was worth the moral implications of tasting it, but in the end decided to try it.

Akiruno City Rajikku is a small restaurant and purveyor of whale meat and goods about 10 minutes from Yokota Air Base in western Tokyo.

Finding the eatery isn’t hard. A 5-foot-tall cartoon whale serves as the shop logo and stands outside to greet you. Inside, photos of ships and posters of whales cover the small space that has seating for eight.

Ordering isn’t difficult if you use your phone. The website has an English translation option, and then you can point at the photo on your mobile phone for the cashier to start on your order. 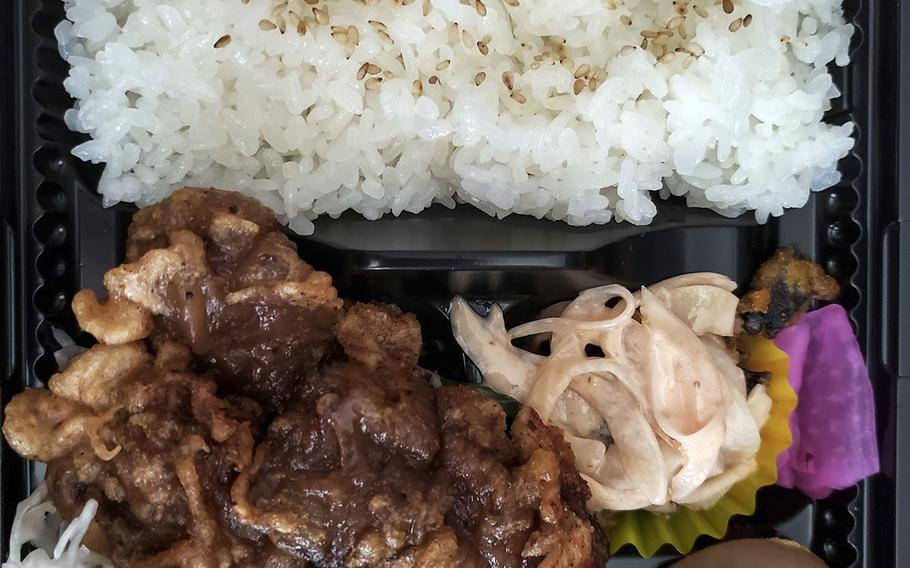 I tried the whale ginger lunch set for about $7. The set came with a large amount of white rice with pan-fried whale meat on top. A small salad and pickles came with the meal. 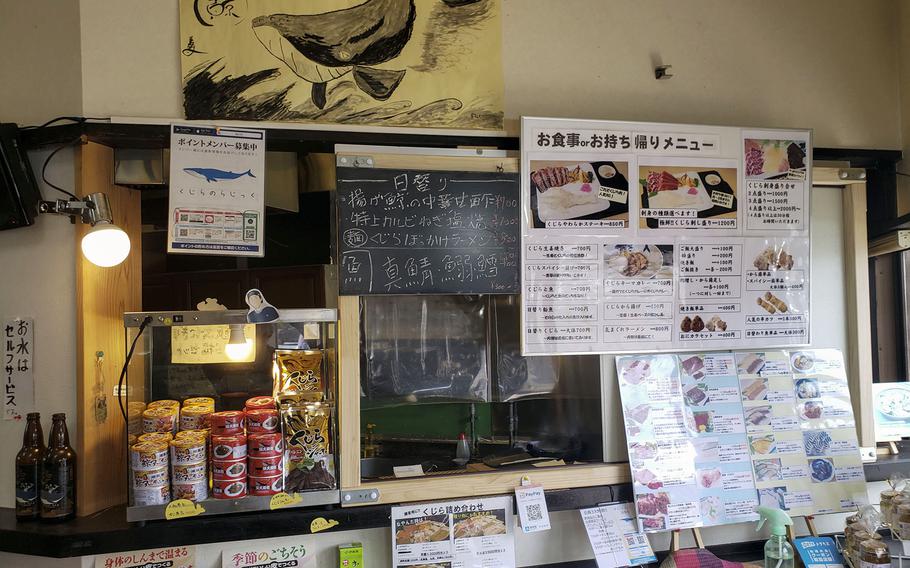 The taste reminded me of a combination between seared tuna and ribeye, but not quite either one. The ginger that came sprinkled on top gave the meal a fresh, airy flavor, though that couldn’t cut through the slightly greasy taste.

After finishing my meal, I was happy to have tried something new, but it’s something I will try only once.