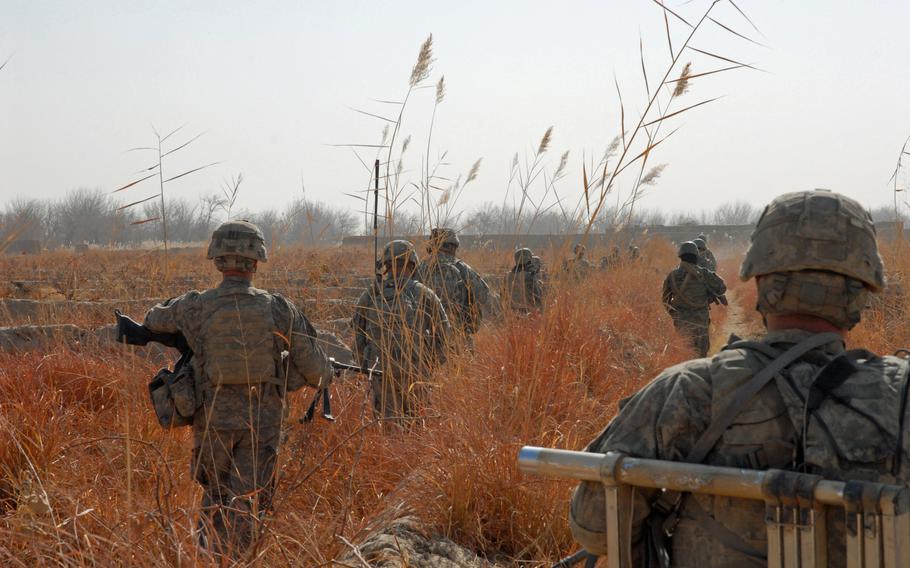 Zhari, Afghanistan, Dec. 9, 2010: 101st Airborne soldiers patrol through grape fields with vines that are dead for the winter. The military said it wouldn’t be able to judge the success of its fall clearing operations in Kandahar until the grape and pomengranate fields were once again lush, harkening the start of the traditional fighting season.