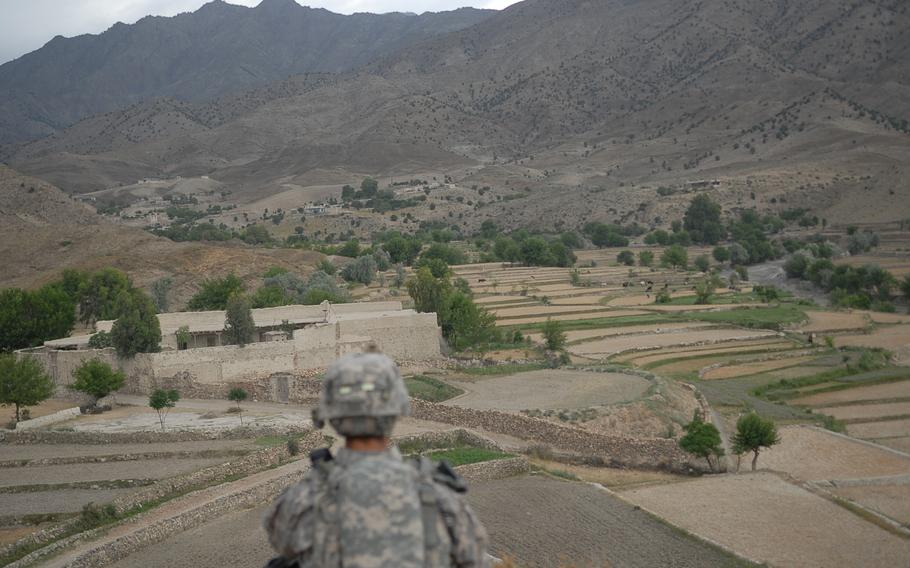 Shembowat, Afghanistan, June 14, 2009: An American soldier stands guard on a hilltop as U.S. and Afghan forces pay a visit after a rocket was fired from the area toward their base, Camp Clark, just a few miles away. The village was often the point of origin of mortar and rocket fire, as villagers straddled the fence under threat from Taliban and insurgent fighters not to cooperate with the government or U.S. and coalition forces.