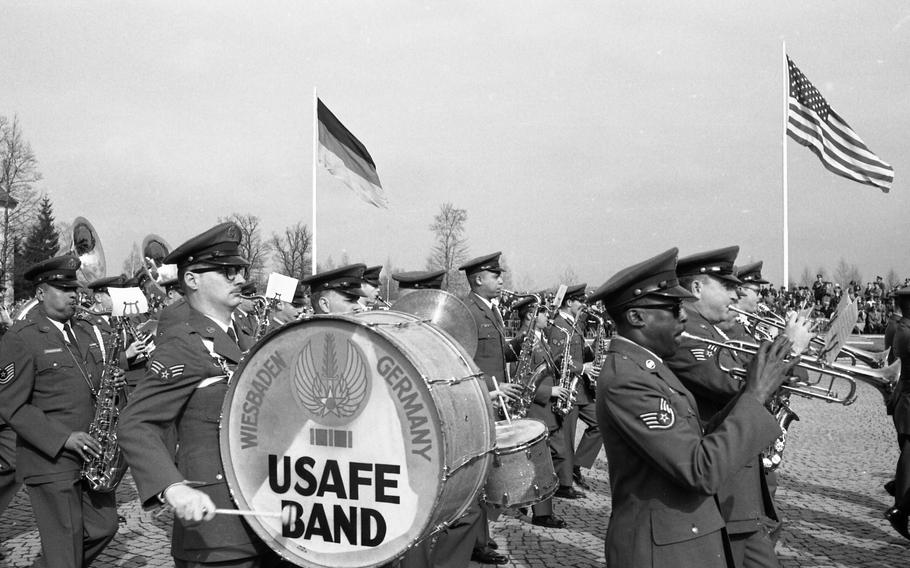 Patch Barracks, Stuttgart, Germany, March 15, 1967: The U.S. Air Forces Europe band parades during the arrival ceremonies marking the resumption of operations of HQ EUCOM at Patch Barracks. EUCOM headquarters moved from Camp des Loges near Paris, where it had been since 1954, to its new digs in Germany on March 15, 1967. EUCOM celebrated its 70th anniversary in August 2022.