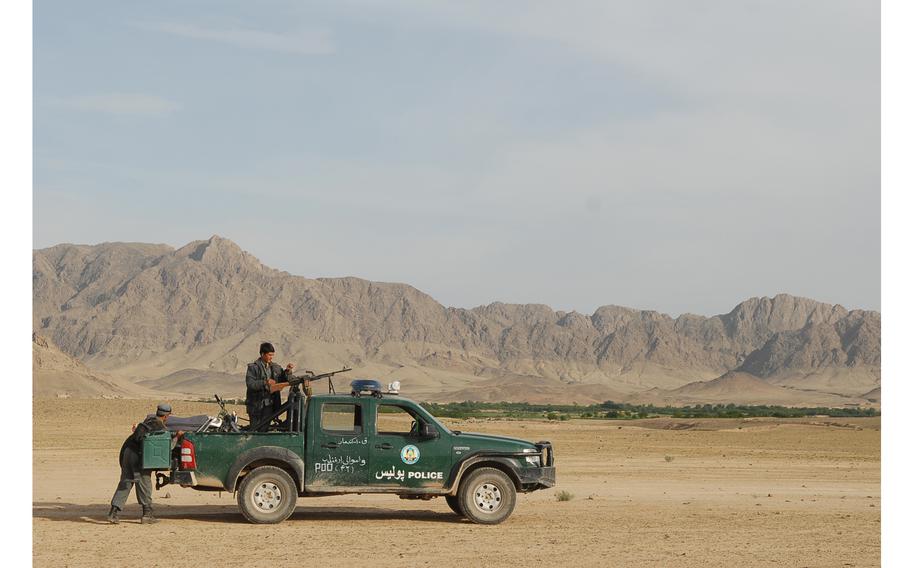 Arghandab, Afghanistan, April 4, 2009: Afghan National Police load a motorcycle into the bed of a Ford Ranger patrol truck in the Arghandab district of southern Afghanistan. The following day, the truck couldn’t be used because a wheel appeared to be coming off. The district’s rough terrain has taken its toll on the police vehicles, forcing them to rely on motorcycles and vehicles confiscated from suspected Taliban.