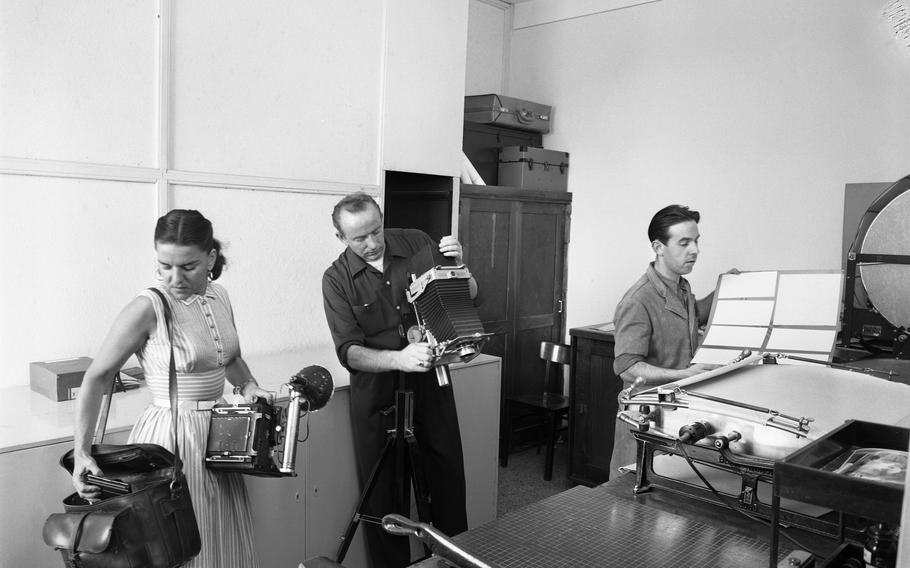 Griesheim, Germany, Aug. 6, 1954: Francis “Red” Grandy (center), Stars and Stripes staff photographer and photo editor, with Maria Kiehl, a temporary Stripes hire, and an unidentified staffer in the photo and art department of Stars and Stripes Europe. Grandy got hired as Stars and Stripes photographer in 1951 and was soon promoted to “chief photographer.” Over the span of his 35-year career at Stars and Stripes, his enviable assignments took him to military maneuvers, natural disasters, plane crashes, sporting events and film and jazz festivals in 37 countries. It was “movie stars, cocktail bars and shiny cars,” he told one interviewer at age 91.