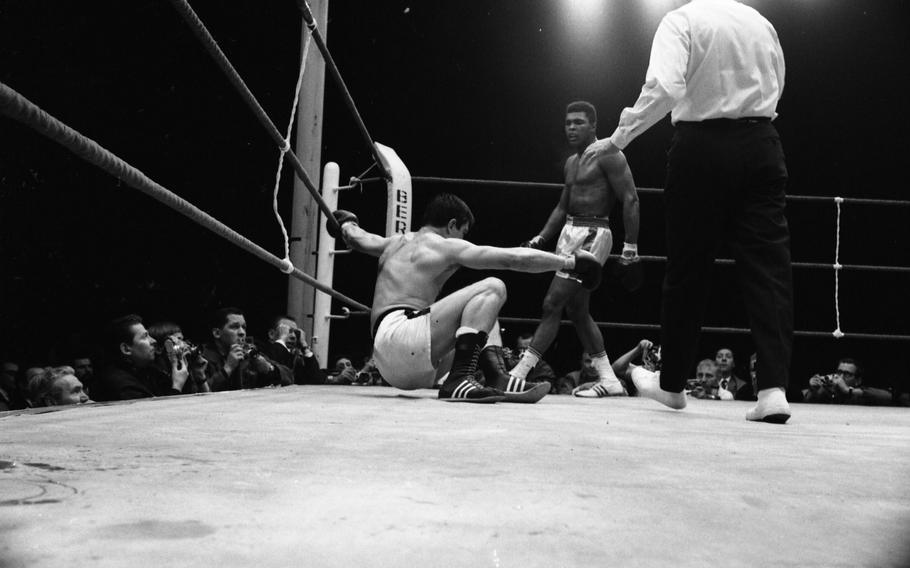 Frankfurt, Germany, Sept. 10, 1966: European champion Karl Mildenberger of Germany is down after a crisp left hook to the jaw from defending world heavyweight champion Muhammad Ali. The drop came in the eighth round of a scheduled 15-round title bout. Ali won a technical knockout when the referee Teddy Waltham stopped in the 12th to protect the bleeding German from more punishment. Read the Stars and Stripes story on the fight and see more photos.