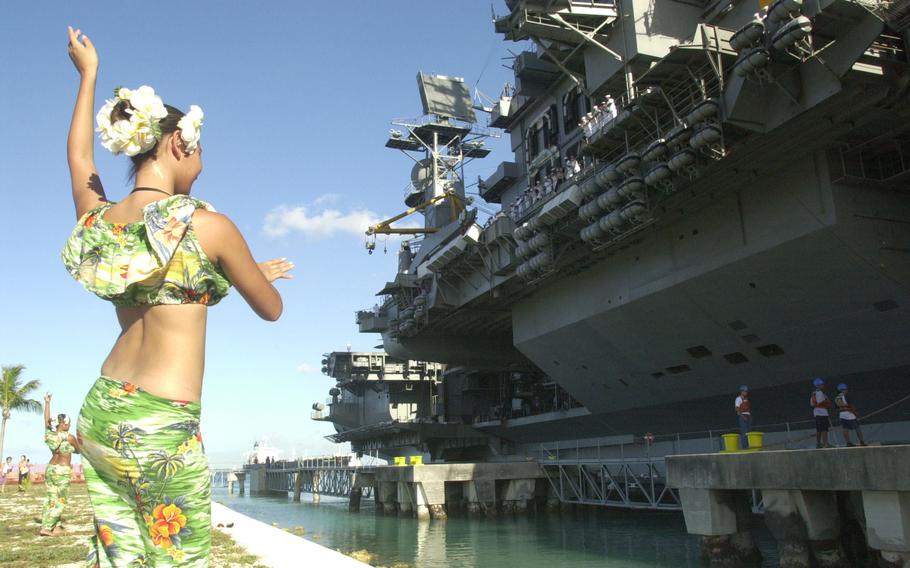 Apra Harbor, Guam, April 20, 2001: Wilma Fleming, 16, performs with a local dance troupe Friday as the USS Kitty Hawk prepares to tie up. The Kitty Hawk celebrated its 40th birthday on April 29, 2001. The supercarrier was officially decommissioned in 2009 after 48 years of service. Read about this “last relic of the Navy’s steam power era.”