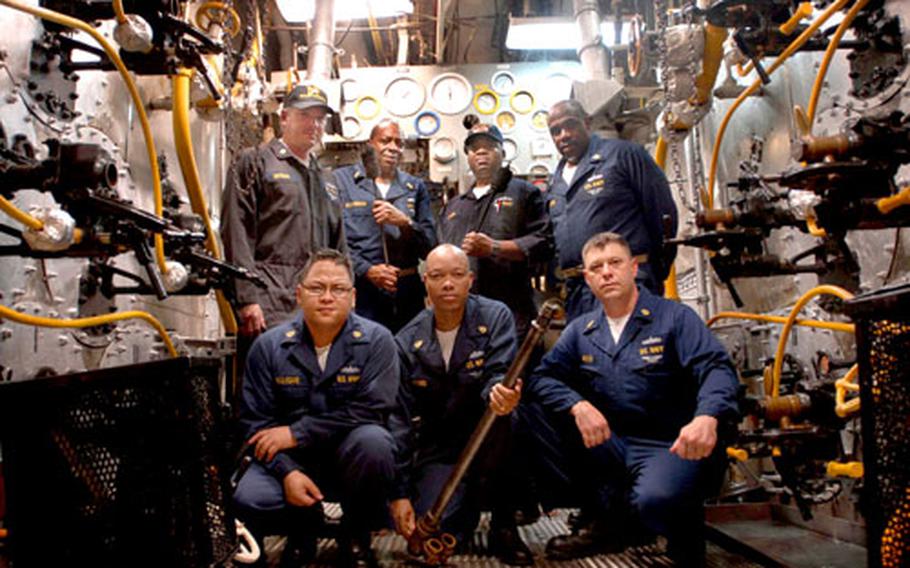 As the USS Kitty Hawk sails its final course, it marks the close of an era for steam power in the U.S. Navy.

The aircraft carrier, which is scheduled for decommissioning in 2009, relies on its 1,200-pound-per-square-inch steam boilers to launch aircraft, propel the ship and provide hot water for showers and washing dishes, the Navy said in a news release.

The boiler system was first introduced in 1948 on experimental Mitscher-class destroyers. Although it was temperamental and complicated, it replaced the less powerful 600-psi boilers of the day, according to the Navy.

Sixty years later, the Kitty Hawk and its steam technology soon will be replaced by the nuclear-powered USS George Washington.

The old carrier’s boiler technicians might be the last sailors to operate the conventional — and challenging — steam power system, the Navy said.

“This is the last time you’re going to see eight conventional boilers for a steam plant,” Master Chief Petty Officer Michael Gwinn of the Kitty Hawk engineering department was quoted as saying in the release.

Gwinn, who has worked on the boilers of six different ships, said one reason he took orders to Kitty Hawk was to help new sailors learn about the complicated 1,200-psi boiler setup before they were transferred to ships with smaller boilers or gas turbines.

Many Navy ships now are powered by gas turbines that can be operated and fixed by pushing a couple of buttons, he said.

The Kitty Hawk’s boiler room is a place of sweat and manual labor, Gwinn said in the release.

The ship’s boiler technicians say they’ll miss the camaraderie in the “pits.”

“We know that we can’t get under way without [lighting off the boilers],” Richardson was quoted saying in the release. “If you’ve been doing this your whole career, you’re going to miss it.”

The Kitty Hawk left its forward-deployed port of Yokosuka Naval Base, Japan, on May 28 after nearly a decade there.