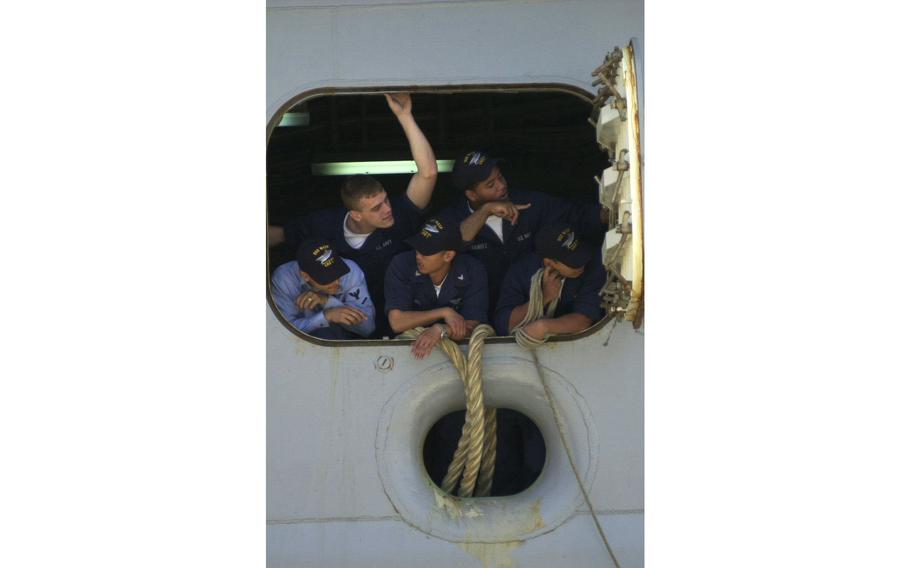 Naval Station Rota, Spain, Aug. 31, 2004: Sailors aboard the amphibious assault ship USS Wasp take a look as the ship pulls into Naval Station Rota. The Spanish port was a quick stop for the nearly 3,000 sailors and Marines aboard the ship before heading home to Norfolk, Va., ending a seven-month deployment. Read the 2004 story about the USS Wasp’s Rota port visit.