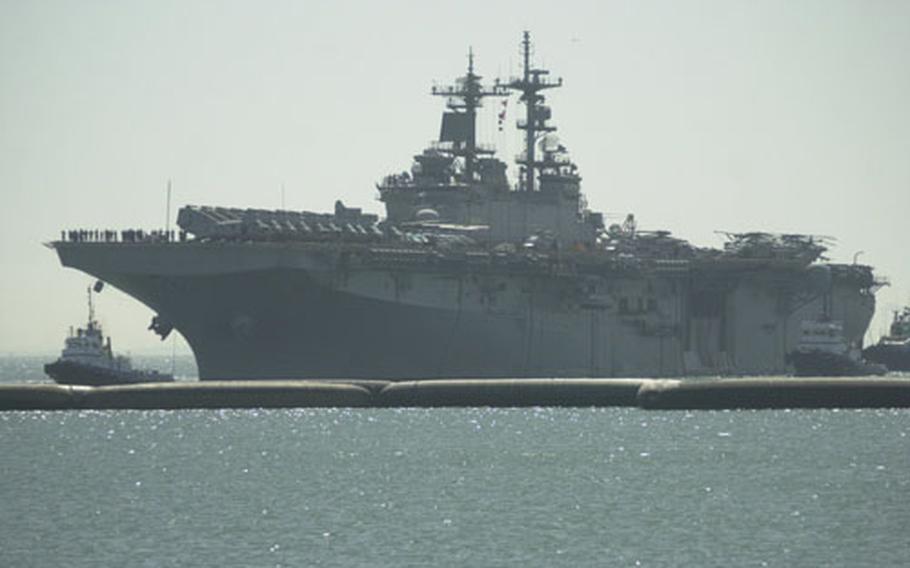 NAVAL STATION ROTA, Spain — The amphibious assault ship USS Wasp and two other ships pulled into Rota on Tuesday for a brief port visit before wrapping up a seven-month deployment as part of the war on terrorism and heading home.

Standing aboard the deck of the Wasp, sailors and Marines watched and took photographs as tugboats pushed and pulled the 844-foot ship into its spot on pier 1. The ship has nearly 3,000 sailors and Marines anxious to get home to their friends and families.

Petty Officer 1st Class James Ratliff, 28, of Davie, Fla., is hoping to catch a soccer match while in southern Spain but is excited about going home and reuniting with his wife, who also is in Navy.

“It’s been a nice, smooth cruise,” he said. “Just long. … There’s been so much uncertainty with our schedule.” 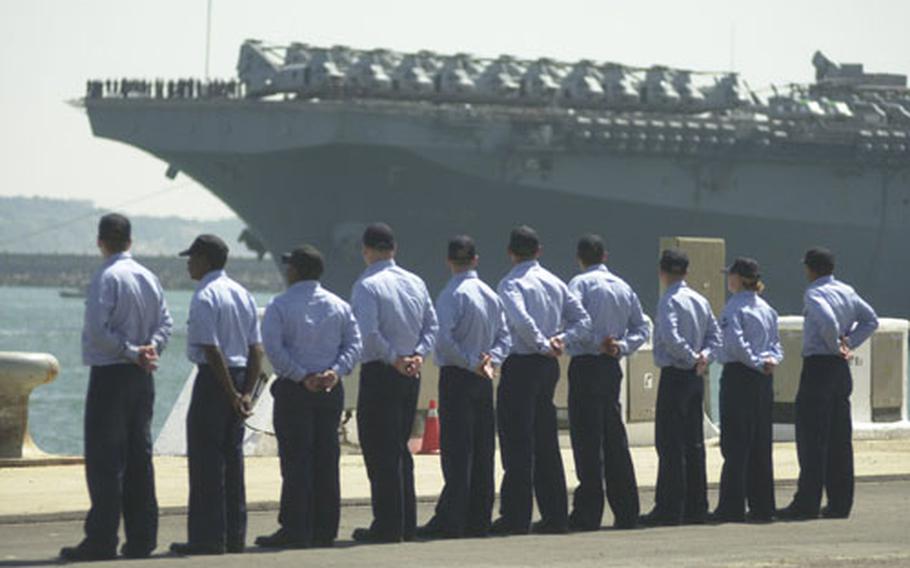 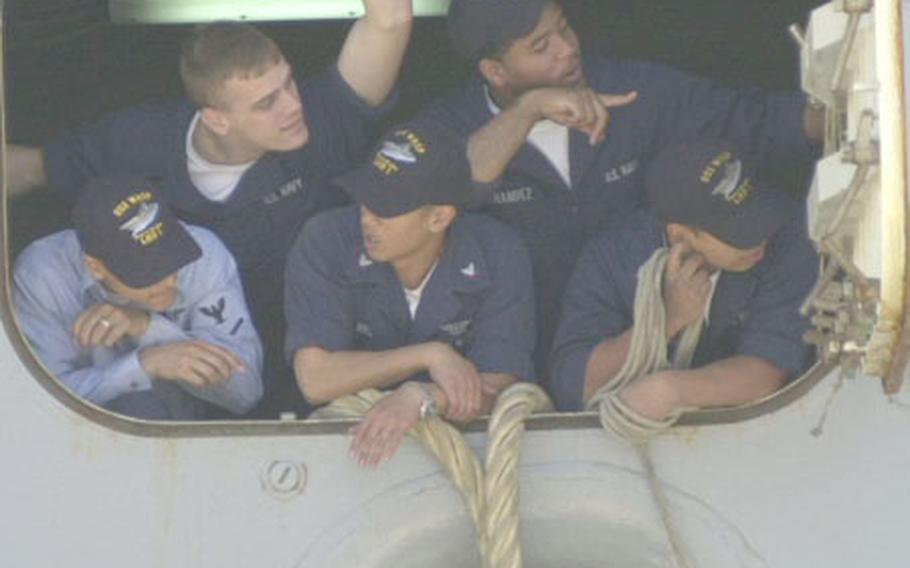 The Wasp is carrying Marines with the Camp Lejeune, N.C.-based 22nd Marine Expeditionary Unit. The unit conducted combat operations from Kandahar, Afghanistan, helping to root out terrorists and Taliban fighters and provide security leading up to the country’s elections.

Marine Cpl. Seth Hackler, 23, a field radio operator from Springfield, Ill., said the most difficult part about serving in Afghanistan was the heat. Temperatures reached 118 degrees during the day in Kandahar.

The most obscure thing he missed most while he was in arid and dusty Afghanistan was green grass. He was amazed at the Afghan culture and how they are able to live on so much less than what Americans do.

This is Petty Officer 2nd Class Harry Basnight’s first sea tour. He said the cruise wasn’t as hard as he thought it was going to be when the group deployed in February. He said he learned a lot about himself.

“It helps you grow up,” said Basnight, 20, an information technician from Woodbridge, Va. “You’re really by yourself. You don’t have family members and close friends to run to. [It’s] a learning experience nonetheless.”

Although the group is near the end of its deployment, aerographer’s mate Seaman Jonathan McCall could be extremely busy on the journey across the Atlantic Ocean. He will be watching out for tropical storms and hurricanes brewing in the ship’s path. A nasty storm could delay the ship’s return.

“I’m not a popular guy when that happens,” he said.

Two other ships, the amphibious transport ship USS Shreveport and the dock landing ship USS Whidbey Island, are part of the Wasp expeditionary strike group. All three are based in Norfolk, Va.

The ships are part of an expeditionary strike group, which is a group of seven ships that can conduct a variety of missions. The strike group is based on the traditional Amphibious Ready Group.

The group is the first East Coast-based expeditionary strike group to deploy since the Navy came up with the concept.