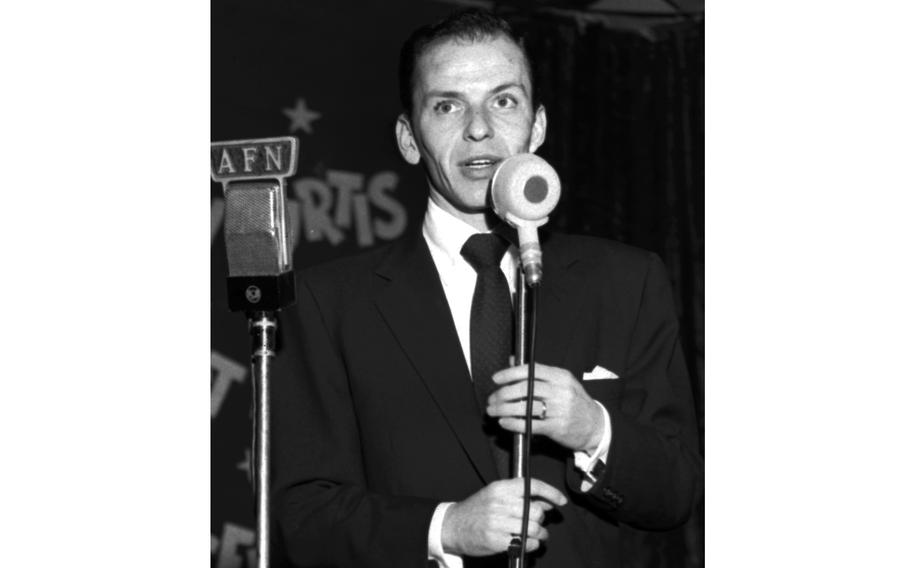 Wiesbaden, West Germany, December 1951: Frank Sinatra performs during the Hollywood “Surprise Package” show at the Camp Lindsey gymnasium. In addition to Sinatra and his wife, Ava Gardner, those on hand for the event — one of several scheduled on a tour of U.S. bases in Germany — included another husband-and-wife team, actors Janet Leigh and Tony Curtis, and actress Rhonda Fleming.