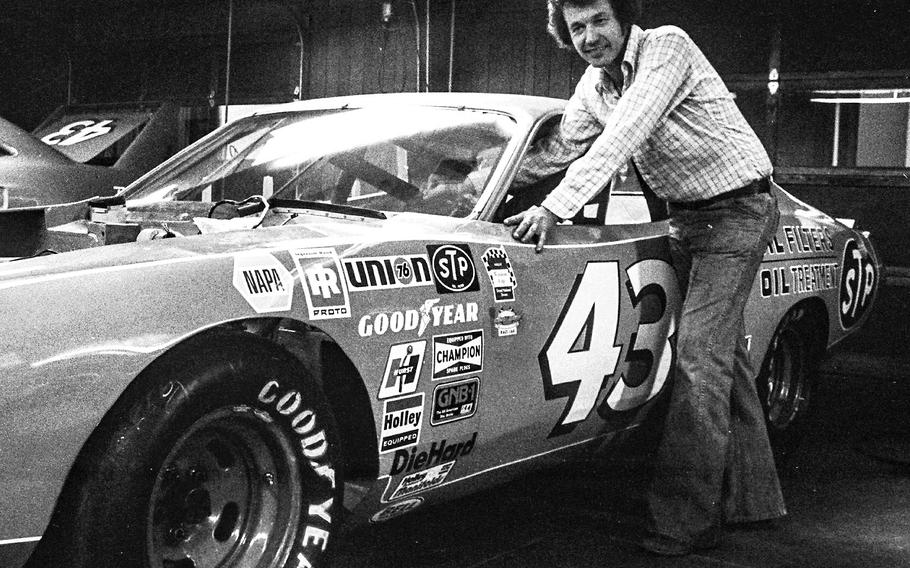 Level Cross, N.C., December 1977: NASCAR great Richard Petty, at Petty Enterprises’ facility near Randleman, N.C., with the Dodge Charger he had driven in competition for four years. Petty was in the process of switching to a Dodge Magnum for the 1978 season, and would end up behind the wheel of a Chevy before the year was over.