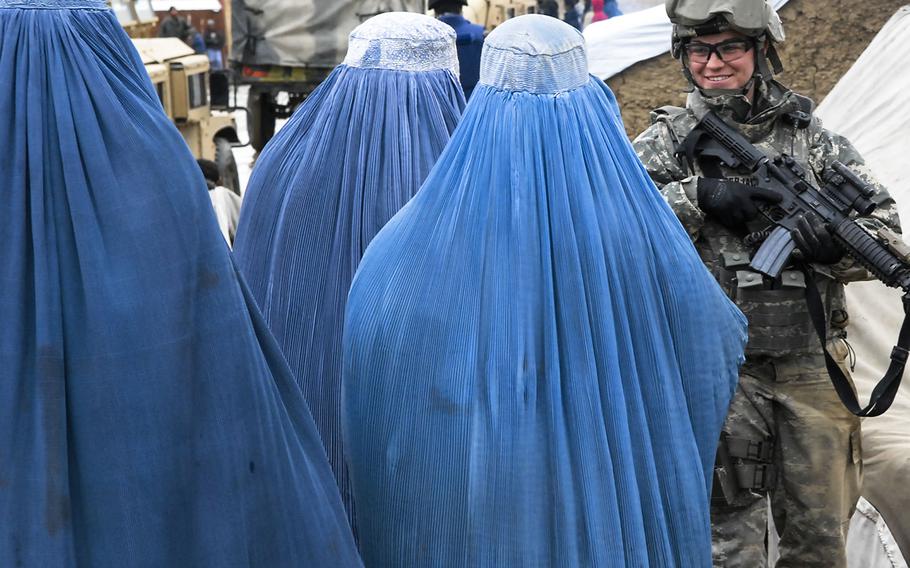 Michael Gisick ©Stars and Stripes Afghanistan, January, 2009: A member of the U.S. Army's Police Mentor Team — Kabul smiles at passing women at a refugee camp in the capital. A Stars and Stripes story noted that a poll taken that month "underscored plummeting public confidence in Afghanistan. Just 40 percent of those surveyed said they felt the country was heading in the right direction, down from 77 percent in 2005. Only 32 percent of Afghans said the U.S. was doing a good job in the country, compared to 68 percent three years ago, according to the poll."

RELATED MATERIAL:Stars and Stripes' 2009 story about the mood in Afghanistan.