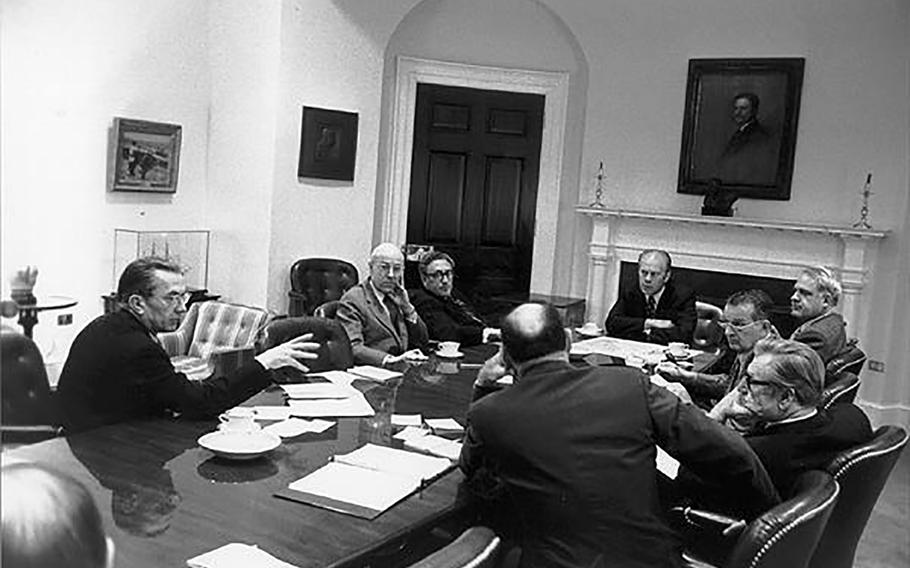 President Gerald Ford was in a meeting with his energy team when his deputy national security adviser came in and passed him a note. It warned that Saigon was falling, and faster than expected.

Congress and the Pentagon had been pressuring him for weeks to move faster on evacuating Americans and their South Vietnamese allies, and now time was running out.

That's what Ford faced on the evening of April 28, 1975, and it is history repeating itself now. After 20 years of U.S. involvement, the Taliban entered the Afghan capital of Kabul Sunday morning, as the U.S. scrambled to evacuate embassy staff and accelerate the rescue and relocation of Afghans who aided the U.S. military. Helicopters began landing at the U.S. Embassy early Sunday and armored diplomatic vehicles were seen leaving the area around the compound, the Associated Press reported. Smoke rose from the embassy's roof as diplomats destroyed documents to keep them from falling into the Taliban's hands, anonymous U.S. military officials told the AP.

In 1975, Ford met with his National Security Council in the Roosevelt Room. Though his predecessor, Richard Nixon, had pulled American troops out of the war two years earlier, diplomats, intelligence officers and a small number of service members remained. Some were at the Defense Attaché Office at Tan Son Nhut Air Base, some were at the U.S. embassy in the city center and some were still in their homes. Plus, thousands of South Vietnamese who had helped the U.S. were also showing up begging for help getting out.

Ford ordered evacuation via C-130 aircraft, but hours later, with two of the planes circling overhead, the military determined they wouldn't be able to land. On one side of the airfield, two platoons of North Vietnamese troops were waiting for them; on the other, abandoned South Vietnamese equipment and thousands of desperate refugees clogged the runway. 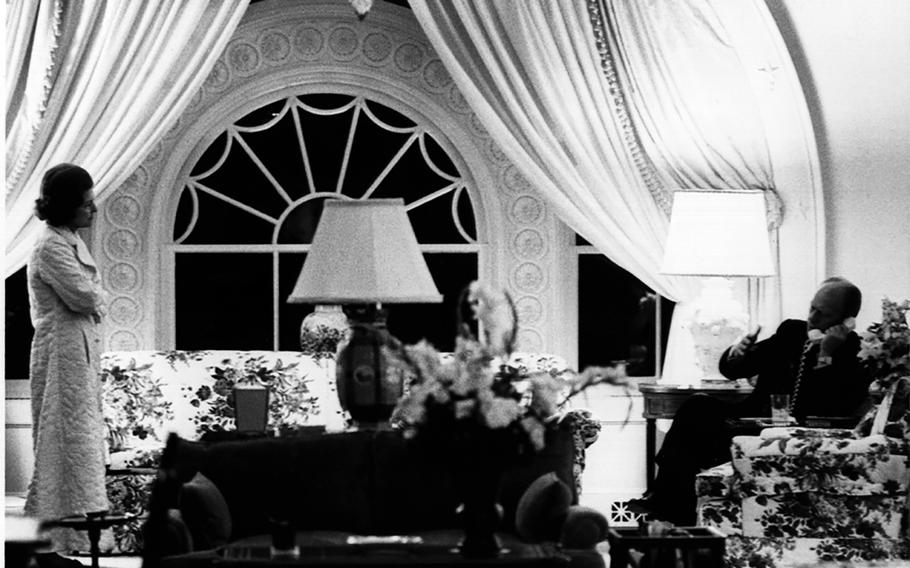 It was late at night in Washington and already midday the next day in Saigon when Kissinger delivered this news to Ford by phone. At nearly the same time, the U.S. ambassador to South Vietnam, Graham Martin, informed the White House that the embassy staff were blocked from getting to the airport. Sea lanes were blocked, too. The only way out now was by helicopter.

The pre-determined signal to Americans in Saigon was given; over the Armed Services Radio, "White Christmas" began playing on repeat. Operation Frequent Wind, the largest helicopter evacuation ever attempted, had begun.

Over the next 19 hours, more than 80 helicopters capable of carrying 50 people each ferried Americans and Vietnamese to safety aboard U.S. aircraft in the South China Sea. Every 10 minutes, a new helicopter landed in the U.S. Embassy parking lot or at the crumbling airport to pick up another load. Thousands of civilians scaled the walls of the embassy, hoping to get on one of the helicopters; embassy staff processed visas as fast as they could.

At an apartment building in the city, a mix of diplomatic and intelligence employees along with their Vietnamese staff were trapped, so helicopters began making daring landings on a small roof at the complex to rescue them. From a hotel half a mile away, United Press International photographer Hubert Van Es took a photo of this evacuation, capturing the most iconic image of the fall of Saigon. (The apartment building is sometimes misidentified as the embassy.)

By 4 a.m. on April 30, the order came that only Americans would be allowed onboard the remaining flights. By 5 a.m. on April 30, the ambassador was ordered to get on the next helicopter. If he refused, the Marines accompanying him were authorized to arrest him. The last 200 Americans, mostly Marines, had to barricade themselves on the roof to keep everyone else out.

By the time the last U.S. helicopter took off at 7:53 a.m., more than 7,000 people had been rescued - 5,500 Vietnamese civilians and about 1,500 Americans, according to the State Department. An estimated 450 more refugees were left behind. Within hours, the South Vietnamese announced an unconditional surrender. The Vietnam War was over.

Meanwhile, at the White House, the president released a statement:

"This action closes a chapter in the American experience. I ask all Americans to close ranks, to avoid recrimination about the past. to look ahead to the many goals we share and to work together on the great tasks that remain to be accomplished."