Fear of quarantine camps, not COVID, is shutting Beijing down 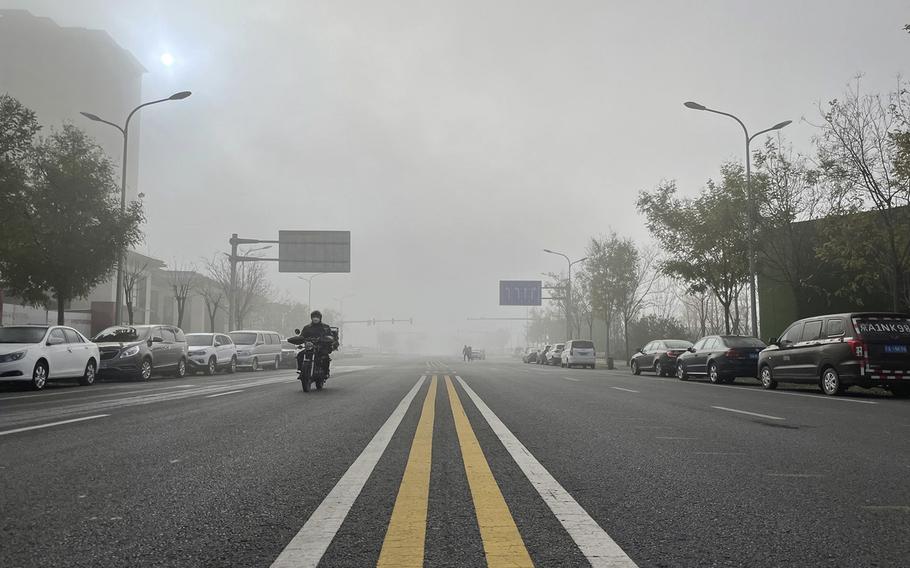 There are serious ramifications to being exposed to the coronavirus in China - and not just infection. As the country confronts its biggest outbreak ever, residents in major cities are hunkering down because of the prospect of being sent to a quarantine camp or locked down at home.

Going out in the capital of Beijing means having to scan a QR code to enter venues such as shops and restaurants, or to even take public transportation. Under the country's ubiquitous contract-tracing surveillance system, visiting the same places as someone who later turns up infected can land you in a government isolation facility, where conditions can be so poor that some people say they are buying chamber pots and portable tents in preparation.

That's why the capital has largely battened down. People are staying at home as transmission increases, even though the overall risk of infection remains low, with 1,854 cases reported for the city of 22 million people on Thursday.

"I'm not scared of getting infected at all," said Liu, a 36 year-old who works in the media industry. "I'm in fear of getting locked down or even sent to a quarantine facility. There's a higher chance I end up there if I scan those codes to get into public venues."

Liu hasn't done any in-person shopping during the current coronavirus wave in Beijing.

"Look at how many people are under lockdown now," she said. "Everyone worries about it."

The food situation in the city underscores the point. Stores are stocked, with plentiful fruit, vegetables and nonperishable items that residents might need during a lockdown. But they are also largely devoid of shoppers. 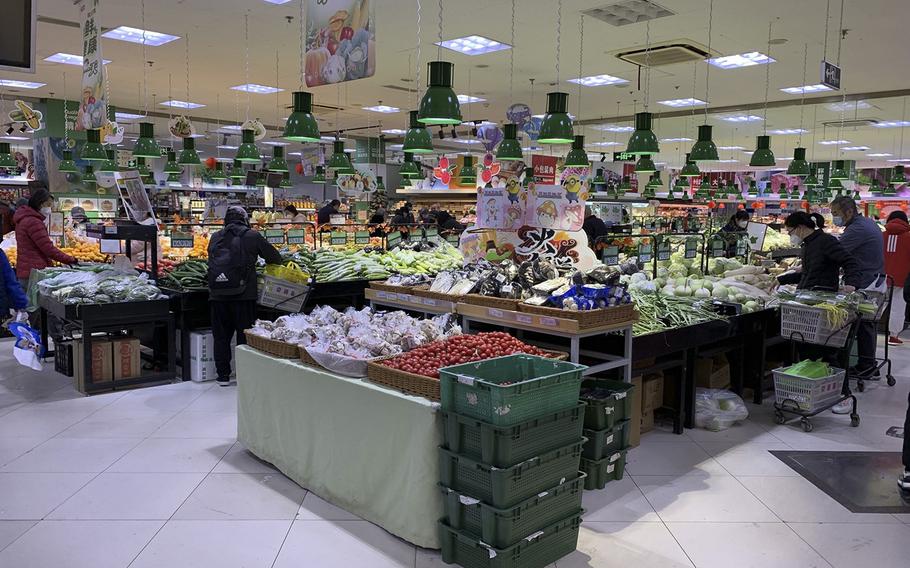 Demand for home delivery, however, is surging from grocery apps such as Alibaba's Freshippo, many of which are now overwhelmed. The soonest delivery dates are a month out, if slots are available at all.

The impact is easy to see along Beijing's roads, deserted even during rush hour, and on public transport, where subway ridership has plummeted.

Few people are out and about. Shopping districts, normally teeming with people, are empty. Many schools have closed, eating inside restaurants is no longer allowed and public entertainment venues are luring few visitors.

Cheng, a 32 year-old businessman, canceled his plans to go to Beijing's Universal Studios on Friday. He said scanning multiple codes for cabs and park entry would be too risky for him.

Even if there's no case, "they could put me into some sort of quarantine if they later identify me as a close contact in this 'journey,'" he said. "It's just not worth it."

While local officials are shutting down apartment buildings block by block, no sweeping measures have been declared. The country's top leaders released a new coronavirus playbook two weeks ago, focused on refining the approach to virus containment and using more targeted restrictions to minimize the economic disruption.

But getting the flare-up under control to meet the "zero covid" requirements without the proven, heavy-handed measures that quelled earlier outbreaks has been a challenge.

And the major concern for many Chinese people has shifted from the virus to the collateral risks that stem from how one is treated if they become infected or are a close contact.

While a sweeping, declared lockdown of all of Beijing seems unfathomable, given its position as the seat of government, officials are deploying creeping curbs and unannounced restrictions. The reluctance of citizens to put themselves at risk of encountering the virus - or the quarantine system - is probably limiting what could be a much more exponential surge in cases.

China continues to send every infected person, and their close contacts, to quarantine facilities. Those numbers are rising across the country, where cases just surpassed 30,000 a day for the first time during the pandemic. Cities are responding by building makeshift hospitals and converting convention centers into isolation facilities.

Testing, which has been used to find cases early across China, is now being avoided by some in Beijing who worry about their exposure while getting the results often needed to conduct daily life. For those not eating in restaurants, going shopping or taking the subway, the testing queue may be their riskiest activity of the day.

"Don't get tested if you don't need to go out," one Beijing resident wrote on social media. "Getting a Covid test is now the biggest chance to get infected or put yourself at risk."