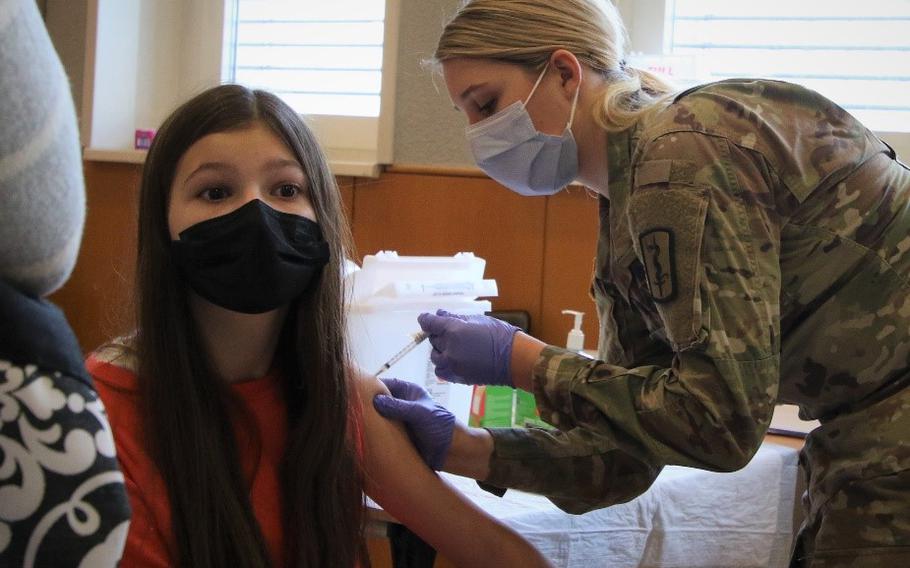 Disease trackers are monitoring the spread of new, highly transmissible versions of the omicron variant in New York state and Europe, the latest evidence of the coronavirus’s ability to overhaul its genetic profile and pose a fresh threat.

It is too soon to predict how far the new subvariants might spread and how sick they might make people, said Michael Osterholm, director of the Center for Infectious Disease Research and Policy at the University of Minnesota.

“When you look at what’s happening right now and try to tell the story of what might occur, you’re challenged,” he said. For now, scientists are left “watching and learning,” Osterholm added.

The first communities in the United States that have said they are contending with the new omicron subvariants are in central New York, around Syracuse and Lake Ontario.

New York state officials this week announced that two new omicron subvariants, dubbed BA.2.12 and BA.2.12.1, have become the dominant forms of the coronavirus in the central part of the state. For weeks, infection rates in central New York have been at least twice the state average, according to data from the state health department.

The new omicron sublineages in New York have picked up mutations that may help the virus enter cells faster and evade vaccine- and infection-boosted immunity, said Andy Pekosz, a virologist at the Johns Hopkins Bloomberg School of Public Health.

“Whenever we see those mutations, we’re a little bit concerned, but it’s hard right now to really estimate how big of a concern those variants will be,” Pekosz said.

“The Department’s findings are the first reported instances of significant community spread due to the new subvariants in the United States,” New York state health officials said in a news release Wednesday. “At this time, there is no evidence of increased disease severity by these subvariants, though the Department is closely monitoring for any changes.”

In March, the two subvariants accounted for more than 70% of reported COVID-19 cases in central New York. So far in April, the data show an increase to 90% of all new cases.

“This may change as more data becomes available,” New York Department of Health spokeswoman Samantha Fuld said. “The department is closely monitoring the situation and will continue to communicate openly with New Yorkers.”

Fuld said officials are expanding a wastewater surveillance program for the coronavirus “to cover all counties and to include sequencing for the analysis of COVID-19 variants.”

At a briefing Wednesday, Onondaga County Health Commissioner Indu Gupta said the subvariants are “more contagious than COVID omicron” and that hospitalizations in the county were on the rise, although officials said they hoped to avoid the peaks reported during previous coronavirus waves by employing testing, masking, vaccination, community outreach and other tools.

“I’m just here to remind everybody that the pandemic is still here, that people can be tired. I’m tired, too. But the virus is not tired,” Gupta said. “I think it’s important to remember that it keeps on going, and it’s changing its shape, it’s changing its style. It’s just challenging us, and we really need to step up to its challenge.”

“The contact tracing that used to give us a better road map hasn’t happened,” McMahon said, adding that the traveler theory probably reflected “concentrated cases” in the same cluster of towns.

He predicted that the new subvariants would not be contained to central New York for long.

“The reality is what’s happening in our community is starting to happen throughout New York and the Northeast,” McMahon said Wednesday. “And in two or three weeks, it’s going to be real challenges for some of these other communities. New York County and New York City is at 45 cases per 100,000 on a seven-day average. We’re at 52. That’s a much larger challenge for a community of that size.”

Pekosz, the Hopkins virologist, said some of the increase in cases is to be expected because the subvariants are emerging at the same time that most public health interventions, such as mask mandates, have been lifted.

“We should see some increase in cases,” Pekosz said. “What we’re hoping is this will now be a manageable increase.”

Right now, the public does not need to be overly worried about the new sublineages, Pekosz added, though scientists are watching them closely. Researchers will have a better sense of whether the new subvariants are truly more contagious and potentially more dangerous in the coming weeks.

“Omicron is evolving to be perhaps even better at infecting people - the big question is how much better is it going to get?” Pekosz said. “That’s something that we’ll have to wait and see.”

Another subvariant, called omicron XE, has been reported in the United Kingdom and some other nations, including Israel and Thailand. XE is a recombinant variant, meaning it combines genetic material from two versions of omicron, BA.1 and BA.2.

One XE infection has been reported in Hawaii, among a handful of cases reported in the United States as of Friday.

“The recombinant Omicron lineage XE, which was originally identified in the United Kingdom, has recently been detected in the State of Hawaii, and contains genetic material derived from BA.1 and BA.2,” according to a report released Wednesday by the state’s health department.

As of April 5, British authorities had received reports of 1,125 cases of XE, representing less than 1% of cases in that country. Early, inconclusive data suggest XE spreads 12 to 21% more rapidly than BA.2, according to a report last week from the UK Health Security Agency.

The Japanese health ministry announced Monday that the first XE case in that country was detected in a woman in her 30s who arrived at Tokyo’s Narita International Airport from the United States on March 26. The ministry said the woman, whose nationality was not disclosed, was asymptomatic, according to the Japan Times.

Officials at the Centers for Disease Control and Prevention expect new lineages of the virus to emerge, and the agency will track how those subvariants change case numbers, hospitalizations and deaths.

“While the prevalence of lineages and sub-lineages may fluctuate, what we are focused on is monitoring for any changes in disease burden caused by Omicron lineages,” Nicholas Spinelli, a CDC spokesman, said in an email.

The CDC emphasized that the same tools that have helped slow the spread of past variants will probably continue to be useful against new ones.

Osterholm, of the University of Minnesota, said scientists do not yet understand why so many subvariants of omicron have emerged in recent months.

To prepare for a potential surge sparked by a new subvariant, scientists must keep a close eye on case numbers, hospitalizations and other indicators. But reduced testing capacity across the United States might slow the public health response to any especially virulent variants, Osterholm said, and hospitalization numbers will be a lagging indicator, weeks behind rising case numbers.

“Now, we need to know, more than ever before, what’s going on out there,” Osterholm said. “Meanwhile, it’s getting harder and harder to get testing done.”