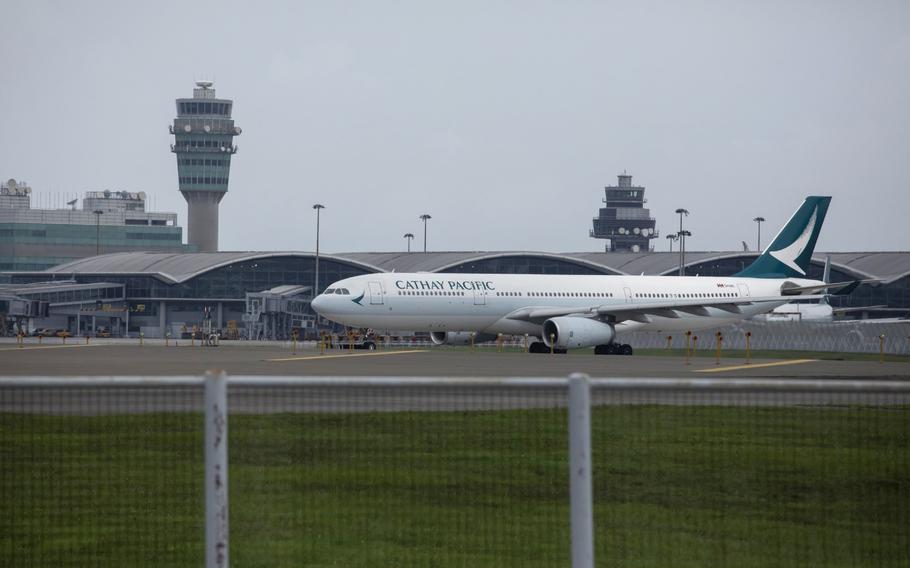 Hong Kong is using a raft of detective methods to find six diners who may have been exposed to COVID-19 in its first cluster of local omicron infections, since the city’s location-logging app doesn’t disclose their contact details.

Officials have identified 201 out of 207 patrons of the Moon Palace restaurant where an aircrew member from Cathay Pacific Airways, who was subsequently found to be infected with omicron, was eating lunch with his family on Dec. 27. Five other customers later tested positive, and 191 so far have been sent to a government-run quarantine center where they will be regularly tested for the pathogen.

But six diners across two tables have yet to be identified. It’s an unacceptable risk for Hong Kong, where the government has imposed increasingly strict regulations as part of its zero tolerance approach to controlling CoCOVIDid.

The chance of an omicron outbreak in the community is high and allowing these unidentified close contacts to move about freely intensifies the uncertainty, said Albert Au, an official at the Centre for Health Protection. He urged the Moon Palace patrons to reach out to health authorities and undergo the mandated tests. Otherwise, they will face charges and fines, he said.

The government is using CCTV footage in an effort to trace these individuals to their next destinations. If they visited a nearby store after finishing lunch, they may have used a digital payment which could provide their names, officials said at a briefing on Monday.

The LeaveHomeSafe app, a COVID-era invention that’s designed to help keep tabs on movement in the city, is a passive contact tracing program that relies on people checking themselves in to various locations. It doesn’t have continuous, automated location tracking and includes privacy features like storing the users’ whereabouts only on their mobile phone to encourage its use. It doesn’t supply any information to the government, not even the person’s name.

That’s in contrast to the contact tracing app in China, where a health code that tracks people automatically and dictates where citizens can travel has been mandatory since the pandemic hit. China has stuck with a COVID Zero approach throughout the pandemic, taking increasingly stringent steps to eliminate any trace of the virus whenever new cases emerge.

The discrepancies between the two programs have been major sticking point in talks as Hong Kong officials tried to negotiate a border reopening plan with mainland China. The obstacles exposed by the current omicron cluster shows how features that reduced the unease felt by many about the LeaveHomeSafe app could hinder the city’s efforts to stop the transmission of the virus.

The Hong Kong government has launched a China-style health code for individuals who want to travel to mainland China, but a large swath of the community is still using the app in its original setting. The omicron threat is likely to heighten this flashpoint, and potentially further delay Hong Kong’s long-negotiated border reopening with mainland China.

Local media had widely reported that the border reopening was expected to begin on a trial basis last month. While city officials have offered little clarity on the timeline recently, they said they plan to prioritize getting the current omicron cluster under control since it poses a risk of triggering a broader outbreak in the community.

The government found the initial Moon Palace patrons via a range of methods, including reservation records, self-reports to a government hotline after notification from the LeaveHomeSafe app or the news, hand-written visitation records and credit card receipts, Au said. The last six people paid with cash, giving the government no means to identify them yet.

On Monday, officials reported one more preliminary case among the diners, which would bring total case count to six in the cluster.