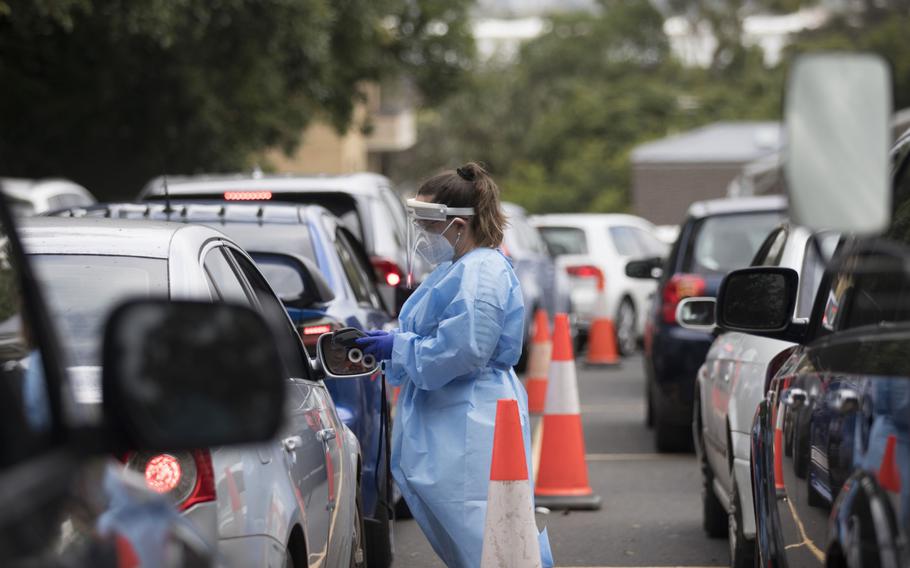 A health care worker registers a member of the public in a car at a COVID-19 testing site in Sydney on Dec. 16, 2021. (Brent Lewin/Bloomberg)

Australia reported more than 10,000 daily COVID-19 cases for the first time since the start of the pandemic amid the rapid spread of the omicron strain.

New South Wales on Monday recorded 6,324 cases, with 55 in intensive care among 520 people in hospital. The most populous state also reported its first known death from the omicron variant — a man in his 80s with underlying health issues who had received two doses of vaccine and became infected in his nursing home.

Everyone in the state is likely to get omicron at some point, the state’s health minister Brad Hazzard said Sunday, according to a local report.

There was one new case in Western Australia, the country’s last holdout of the COVID-zero approach. Its premier Mark McGowan extended restrictions introduced last week, such as masks at indoor public venues

“We are not out of woods yet,” McGowan told reporters Monday.

Most of Australia has shifted toward living with the virus, relying on vaccines and a growing arsenal of treatments. Recent studies have raised hopes that omicron symptoms may be less severe compared with the delta wave.