School closings surge as omicron spreads across the US

There were 646 COVID-related school closings for this week, up from 356 the week before, according to Burbio, a data service that aggregates calendars nationwide. Schools in states including Michigan, Maryland, Pennsylvania and Ohio shifted to virtual learning or closed early for winter break. Several already are planning remote class in January.

In Uniondale, on New York’s Long Island, the district switched its high school to remote instruction starting Dec. 17 after infections caused staffing shortages. In Maine, the Otisfield Community School shut down last week; the Sun Journal newspaper in Lewiston reported that nearly 70% of the students were in quarantine.

“This is a massive in-school transmission rate far exceeding anything we’ve seen thus far,” Maine administrators said in a post on social media.

The disruption is a setback for officials who had hoped to minimize disruption for students and keep them in class — not to mention for parents who need functioning schools to enable their own work. Research has found that students learn better in class, and that remote teaching during the pandemic set children back.

U.S. and state officials have said they didn’t want to close schools again, urging parents to get pupils vaccinated. Some districts mandated that teachers get the shots. The Centers for Disease Control and Prevention this month published studies showing that unvaccinated students who come in contact with someone with COVID-19 can remain in classrooms without fueling an outbreak if they test negative and meet other criteria.

The studies were conducted before the spread of omicron, a new variant of COVID that may be far more transmissible than earlier variants. Omicron, first identified in South Africa in November and reported in the U.S. on Dec. 1, now makes up about 3% of all U.S. cases, according to modeling from the CDC. In the New York region, it may make up 13%.

In New York City, hundreds of classrooms have temporarily closed in the past two weeks due to cases. There were 573 classrooms shut and four schools, according to New York City Department of Education data as of Dec. 19.

Brad Lander, who will become New York City comptroller on Jan. 1, called on de Blasio and Mayor-elect Eric Adams to require kids and educators to present a negative test to return to school on Jan. 3.

“NYC should procure rapid tests to have enough on hand to test everyone who doesn’t bring a recent negative result at school that morning. We have the capacity, if we plan ahead,” Lander said in a statement Monday.

New Jersey Governor Phil Murphy said last week that closing schools would be a last resort. New guidelines by state health officials cut in half the number of days students must quarantine if they are in contact with a COVID-positive classmate or staff member.

“We know the price we paid with learning loss,” Murphy said Dec. 13.

In Union Beach, N.J., the sole kindergarten-through-eighth-grade school, with roughly 600 students, is finishing the year with virtual classes after several staff had to quarantine. In a Dec. 16 letter on the district’s website, Superintendent Amanda Lewert said classes would be be online starting Dec. 17.

“We understand that this is an inconvenience for many,” Lewert said in a letter to parents.

For some districts, the winter break was perfect timing. Chicago schools are closed from Dec. 18 through Jan. 2. In the week ended Dec. 18, 880 staff and students tested positive for COVID-19, according to data on the district’s website. As of Dec. 14, the district had more than 6,800 students and 380 adults isolated or in quarantine.

“Educators, administrators and support staff must be able to deliver in-person instruction and other activities in conditions that prioritize their own health,” CEO Monica Goldson said in a note to parents. “The increased positivity rates have significantly challenged the ability to do so, causing anxiety among many school communities and disruption.” 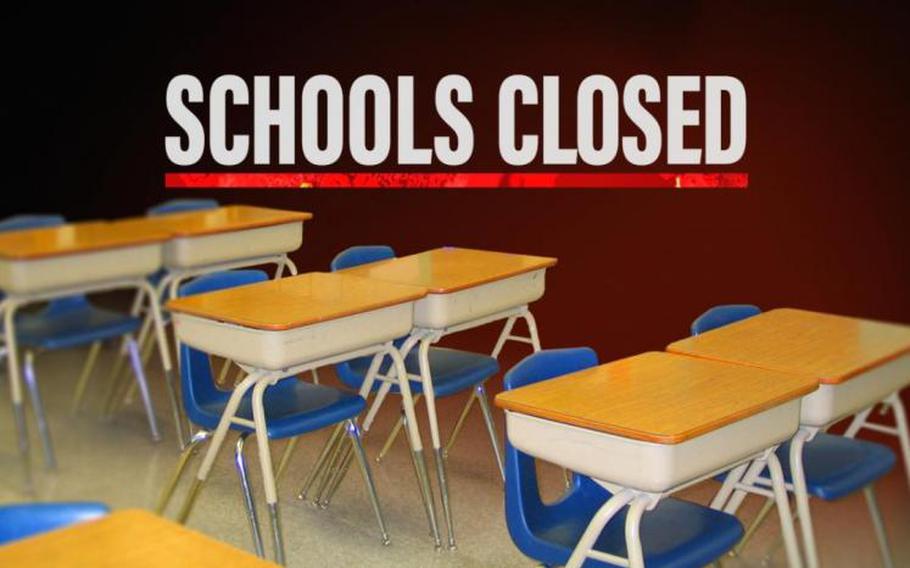