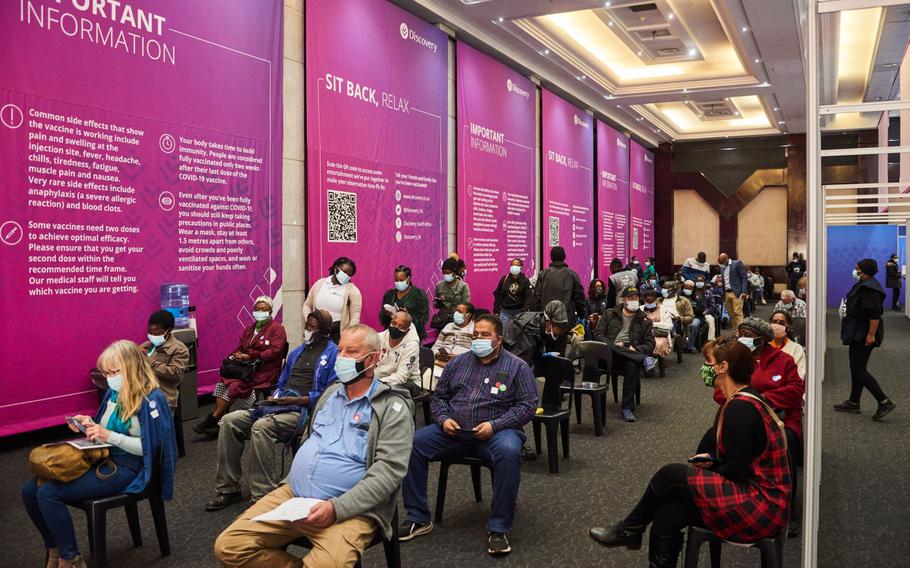 South Africa asked Johnson & Johnson and Pfizer to suspend delivery of COVID-19 vaccines as it now has enough stock, an illustration of how plunging demand is undermining the country's rollout ahead of a potential fourth wave of infections.

Africa's most developed economy has fully protected just 35% of adults, more than six months after doses were first made available to the public. About 120,000 people received shots on Tuesday, less than half the daily peak.

"We have over 16 million doses in country, or more than 150 days at present consumption," Nicholas Crisp, deputy director-general of the Department of Health, said by text message Wednesday. "It makes no sense to stockpile and risk expiry when others are desperate for supplies."

The move contrasts with the country's position earlier in the year, when the government was heavily criticized for being slow to secure vaccines ahead of a devastating mid-year surge. It also comes as most of Africa remains chronically short of doses, partly because richer countries rushed to tie up vast quantities of stock.

"It is entirely owing to hesitancy," Crisp said. "We have plenty vaccine and capacity but hesitancy is a challenge. Unfortunately it means that many unvaccinated people may have an unhappy festive season and will possibly result in hospitals being congested."

South African President Cyril Ramaphosa has accused developed countries of hoarding shots, and been a lead figure in a campaign to force pharmaceutical companies to share vaccine recipes with poorer nations. Yet the government will not be redistributing excess doses around the continent, said Foster Mohale, a spokesman for the Department of Health.

"If other countries require vaccines they go directly to the manufacturer — they won't come to us," he said. "There is currently no discussion on donating or selling stock to elsewhere."

The government originally had a target of inoculating about two-thirds of adults by year-end, but will fall a long way short. Ramaphosa has also said he envisaged 300,000 vaccines being consistently administered a day, another goal that hasn't been met.

It "would be wise" to use the excess shots as boosters, tweeted Shabir Madhi, Professor of Vaccinology at the University of Witwatersrand in Johannesburg. "Let those who willing to be vaccinated benefit."

The story was first reported by News24.