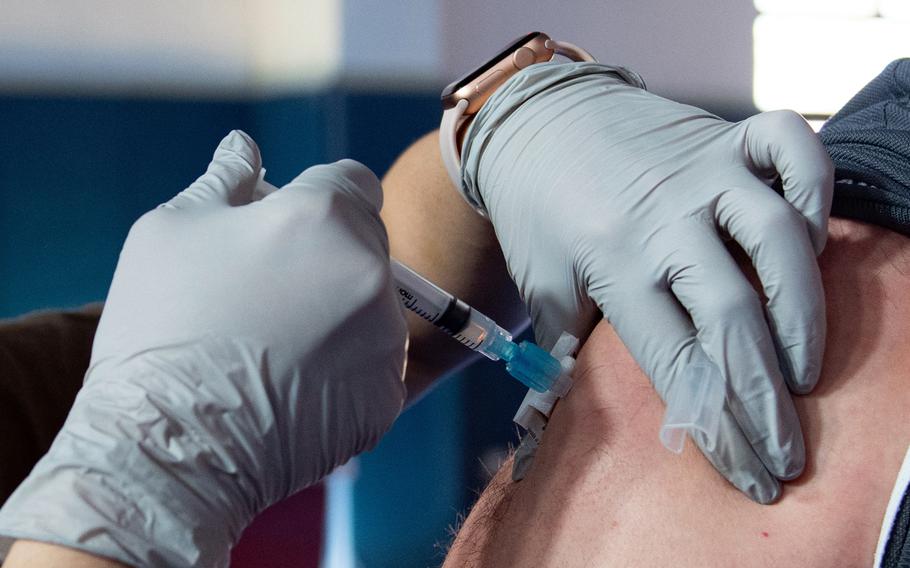 WASHINGTON — Leaders of the federal effort to speed coronavirus vaccine development should have developed better communication strategies to convince more Americans to receive the shots, a key figure in the operation said Wednesday.

Retired Army Lt. Gen. Paul Ostrowski, director of supply, production and distribution for Operation Warp Speed, said that while the program successfully helped bring about the first coronavirus vaccines less than a year after the pandemic began, leaders “blew it” when it came to messaging.

“The biggest lesson learned is the value of strategic communications, and we’re fighting that today,” Ostrowski said at the convention of the Association of the United States Army.

Ostrowski said the military was the “bandwidth” behind Operation Warp Speed’s mission to “develop, clinically test, manufacture and then deliver 300 million vaccines to the American people by January of 2021.”

Though that mission was completed, the work to get shots in arms continues since the issue became politicized, Ostrowski said.

“We always knew based on the politics [and] based on surveys … about 50% of Americans said they were going to get it,” Ostrowski said. “We had another 20% who were anti-vaxxers and they were never going to get it. And then we had this 30% called the ‘movable middle.’

“Where we failed was the movable middle, and we’re paying that price today,” he added.

As of Wednesday, more than 400 million vaccines have been administered in the U.S., Ostrowski said. Still, just 56.5% of the U.S. population has been fully vaccinated nearly a year after the first vaccine was made available to people aged 16 years and over, according to the Centers for Disease Control and Prevention.

“That is our biggest failure, the fact that we did not follow through with an effective strategic campaign to move the movable middle from the left side — i.e., not getting the vaccine — to the correct side [of] getting the vaccine,” Ostrowski said.

Within the military, the Pentagon relied heavily on strategic communication campaigns to convince service members to take the vaccine before making it mandatory in August. Deputy Defense Secretary Kathleen Hicks in May issued a memo on ways to encourage and promote coronavirus vaccinations among the force.

“These conversations are not easy, they may not be short, and they may require multiple touch points, but they are critically important,” Hicks wrote in the memo. “We know from our experience within the department that use of this approach works and encourage its widespread adoption.”

But Ostrowski said not enough was done to convey that message to the broader American public.

“The strategic communication piece … is the piece that we always seem to fail to take into account in the nuts and bolts of fighting,” Ostrowski said.

In the future, Ostrowski said the military should do more to embrace communications and social platforms to spread strategic messaging campaigns to reach audiences where they are.

“Social media has completely changed the landscape of this country, and frankly, the world,” Ostrowski said. “Until we get ahead of that, to take that on as another domain, we are going to be challenged in that particular arena.”