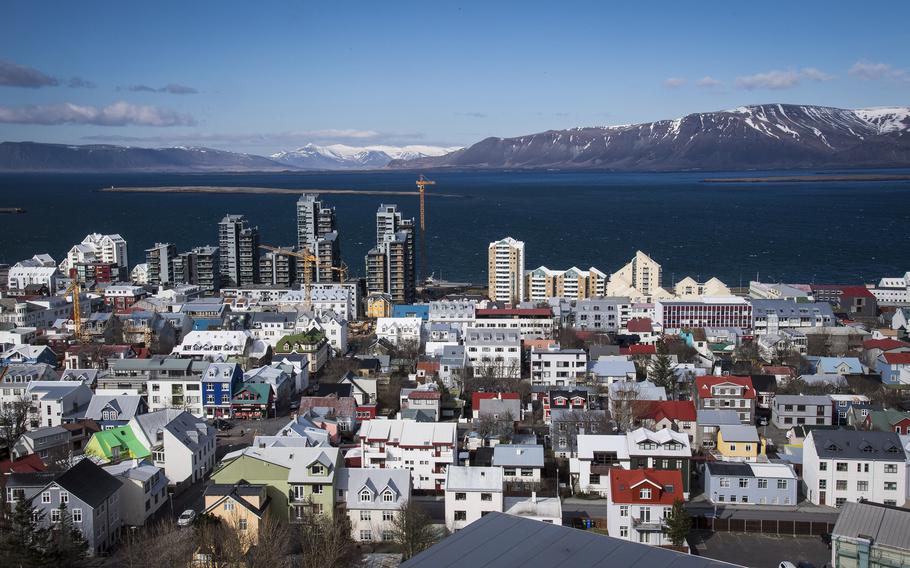 What happened to Iceland?

The island nation that has been praised for its coronavirus response and its world-leading vaccination rate is now seeing its highest levels of infection since the start of the pandemic.

Just one month after the government scrapped all COVID-19 restrictions, masks, social distancing and capacity limits have returned. And U.S. authorities last week warned Americans to stay away.

Vaccine opponents have gleefully pointed to Iceland as proof that the shots are a "failure." But contrary to online misinformation and conspiratorial social media posts, infectious-disease experts say Iceland's outbreak actually illustrates how effective the vaccines are at preventing the virus' most severe impacts.

Many of the country's recent infections have occurred among vaccinated people, but they've been overwhelmingly mild. So even as new cases multiplied, Iceland's rates of COVID-19 hospitalizations and deaths have remained low. Of the 1,300 people currently infected, just 2 percent are in the hospital. The country hasn't recorded a virus death since late May.

Iceland, the experts say, is providing valuable information about breakthrough infections in the fully inoculated. Yet it also remains a vaccine success story.

The evidence from Iceland comes at a precarious point in the pandemic. The more contagious delta variant is fueling rising cases in countries that have barely begun to vaccinate their populations, as well as in countries where the pace of inoculation is leveling off. Even highly vaccinated communities have been surprised to find themselves becoming virus hot spots.

Iceland stands out as one of the world's most vaccinated countries, with nearly 71 percent of its population fully inoculated, according to data tracked by The Washington Post. With fewer than 360,000 residents and a nationalized universal health-care system, the country was able to quickly distribute vaccines when the first doses arrived in the final days of last year, and inoculation continued at a rapid pace.

Iceland has also had a sophisticated system for testing, tracing and sequencing the virus since early in the pandemic. That surveillance - the result of a partnership between Iceland's health department and the Reykjavik-based human genomics company deCODE - led to some of the first important revelations about the way the virus spreads, including that many infected people have no symptoms and that children were less likely than adults to get sick. It continues to provide Iceland a clear picture of what it is facing, in contrast to a country like the United States, which is testing a far smaller share of its population.

Iceland's leaders thought the country was in a good position when they made a triumphant announcement at the end of June: no more masks, distancing, limits on gatherings or operating hours, and no testing for vaccinated travelers.

"We are regaining the kind of society which we feel normal to live in and we have longed for," Svandis Svavarsdottir, the minister of health, said at the time.

Prime Minister Katrin Jakobsdottir added: "The situation here is among the best in the world."

Less than a month later, however, the number of new cases shot up - and kept rising.

The country's top health officials linked most of the cases to nightclubs and to residents who traveled to London to attend Euro 2020 soccer matches that some warned would be "a recipe for disaster."

On June 25, Iceland had recorded just 1.6 new infections per 100,000 people over the previous 14 days. As of Thursday, that number had risen to more than 421, far higher than the country's previous waves.

Adjusted for population, both Iceland and the United States are reporting new cases at clips that rank among the top two dozen countries in the world, but the United States probably has many more infections that are going undetected, because of lower rates of testing.

Iceland quickly became a go-to talking point for the anti-vaccine movement. Fox News' Laura Ingraham aired a segment in which a guest posited that "it's almost as if the vaccine invited this explosion of cases" in Iceland.

Such observations are false, said Philip Landrigan, an epidemiologist and the director of Boston College's Program for Global Public Health and the Common Good. They omit the fact that the vaccines are "providing almost absolute protection against death," he said.

The Iceland outbreak shouldn't be surprising, Landrigan added. When a high percentage of the population is vaccinated, it's more likely that the people who test positive are inoculated.

"We've seen in many places the so-called breakthrough cases, but invariably the rate of serious disease and death is exceedingly low, and that really is the core message here," he said.

Matthiasson, the Icelandic hospital chief executive, said he had not expected this latest upswing in cases, especially when it seemed the country had vanquished the virus. His hospital has been stretched thin, even though it only treats two to three dozen COVID-19 patients at once, because it always operates near capacity.

Of the 65 virus patients admitted during this wave, he said, 40 percent are unvaccinated - more than four times the overall share of unvaccinated Icelanders.

The data is clear, Matthiasson said: "Being vaccinated reduces the likelihood of admission manyfold."

Iceland is also set to become an early test of booster vaccinations. The majority of residents received a two-dose regimen of an mRNA vaccine, mostly the Pfizer shots, but the 53,000 who received the single-dose Johnson & Johnson jab should get an additional shot at least eight weeks later, authorities announced.

Like the real-world case of Provincetown, Mass., what's happening in Iceland makes a strong case for continuing targeted mitigation measures, said Brandon Guthrie, an epidemiologist and global health professor at the University of Washington.

The government of Iceland has reinstated mask requirements for some indoor spaces and a 200-person capacity limit, which will both be in place until at least the last week of August. The measures took effect in late July, and the rise of new infections appears to have slowed in recent days.

The case of Iceland should also reframe the idea of a successful public health campaign, Guthrie said.

"We've handicapped ourselves in what the definition of success is," he said. Scientists originally hoped for vaccines that were 50 percent effective, he said, and the goal was to prevent death and severe disease - not to provide blanket protection against any chance of infection.

"The goal line has been shifted here because they are so effective, especially with the earlier variants," Guthrie said. "Having few deaths or severe cases of illness in the context of large surges should absolutely be seen as at least a partial victory."