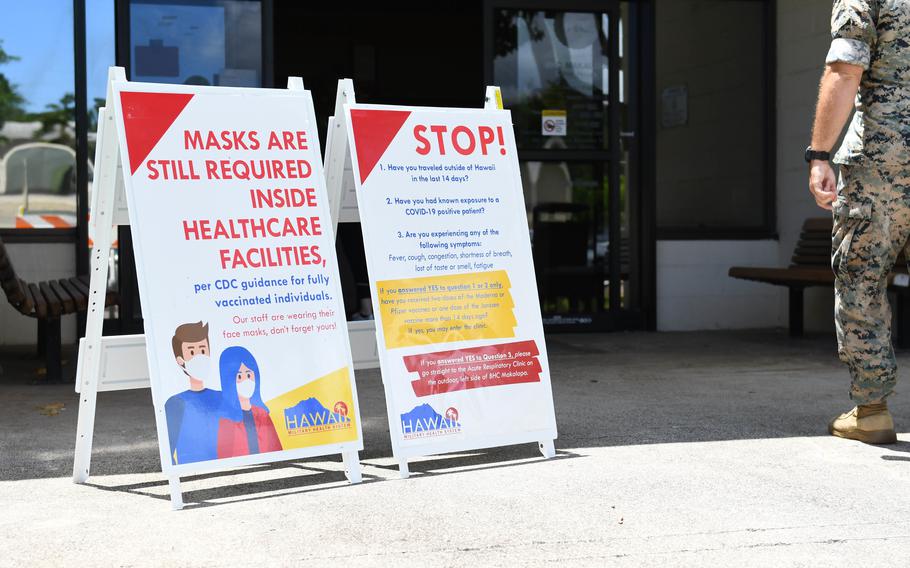 (Tribune News Service) — Since July 1, there’s been a 700% increase in the week-over-week average of COVID-19 infections in the United States, according to the Centers for Disease Control and Prevention.

The information was presented Friday at CDC‘s Advisory Committee on Immunization Practices meeting during a discussion of COVID-19 vaccine booster shots for immunocompromised patients.

“That’s when people in this country became really optimistic. The combination of the delta variant, susceptibility due to relatively low vaccination coverage, some relaxing of our public health measures, these all came together and we’re seeing this wave,” Moss said.

The delta variant is nearly twice as contagious as previous variants and there is some evidence of increased illness severity compared with previous strains in unvaccinated people, CDC epidemiologist Heather Scobie said at Friday’s meeting.

In the first 12 days of August, the United States reported more coronavirus cases than it did in all of July, according a USA TODAY analysis of Johns Hopkins University data.

That’s 1.33 million cases. At this month’s average rate, the country would report some 3.4 million cases, making it the fourth-worst month of the entire pandemic.

“There’s bad news and there’s less bad news,” is how Andrew Noymer, a professor of population health at the University of California, Irvine, put it.

He looked up the numbers in his county a year ago and there were 722 people hospitalized for COVID-19. This week there are 497 hospitalizations in Orange County.

“We have a vaccine that works wonderfully now,” he said, “so our peak shouldn’t be five-sevenths as big as the previous summer.”

The U.S. numbers parallel what was seen in the United Kingdom and in Israel when the extremely transmissible delta variant hit those nations, said Dr. Monica Gandhi, an infectious disease expert at the University of California, San Francisco.

“The only small comfort is that in areas of higher vaccination in our country, hospitalizations are not following the trend of cases to the same degree as in prior surges without vaccination,” she said.

CDC staff also presented data giving insight into the evolving pandemic. The available data shows the persistence of protective antibodies eight months after an infection and six months after the second shot of either the Pfizer-BioNTech or Moderna vaccines and eight months after a single Johnson & Johnson shot.

That’s not because natural infection is more protective but simply because vaccinations only began in December so there is very little data.

It appears vaccine effectiveness against infection with COVID-19 does wane over time, but how much and in whom isn’t yet entirely clear.

Even so, protection against severe illness remains very high. For Pfizer, it is 97% and for Moderna it’s 93%, CDC said.

There is some data emerging from Israel of more breakthrough infections among people vaccinated with the Pfizer vaccine in January and February than in recent months.

There was a more than two-fold increased risk for breakthrough infections between people vaccinated in January versus those vaccinated in April, Israeli data showed.

The older the person, the more chance they would have an infection.

Scobie emphasized an infection is different from becoming severely ill or dying.

As of Aug. 2, among more than 164 million fully vaccinated people in the United States, there were 7,101 hospitalizations and 1,507 deaths.

Such severe or deadly breakthrough infections in vaccinated people were much more likely to occur in older people. CDC reported that 74% of those cases were in people over 65.

It’s not clear if that’s because people over 65 were first in line to be vaccinated and therefore their immunity might be waning over time, or if because of their age their immune systems are less robust.

Among people 18 and over, approximately 32% of all vaccinated breakthrough cases were in immunocompromised individuals, compared with approximately 11% of unvaccinated cases.

The CDC‘s advisory committee will meet again Aug. 24 to discuss incoming data about the effectiveness of the COVID-19 vaccines, enduring immunity and the possible need for booster doses.

The pandemic, said Noymer, appears far from over.