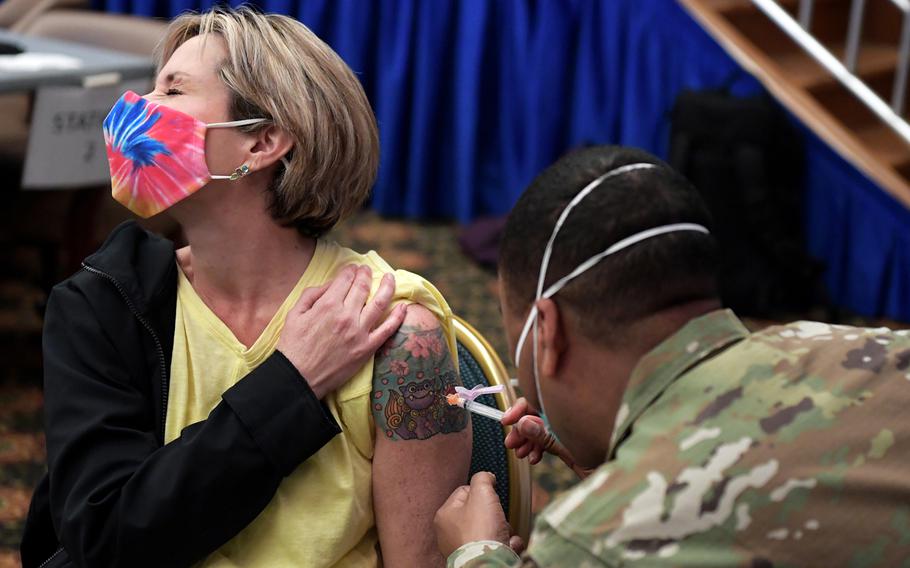 Two small COVID-19 clusters have emerged at U.S. bases in South Korea while cases of the coronavirus respiratory disease continue to decline in neighboring Japan.

All 13 individuals are in isolation at Humphreys, the statement said.

“We are currently experiencing two small COVID-19 clusters on Humphreys and Camp Casey,” U.S. Forces Korea commander Gen. Robert Abrams said in the statement. “Even though we are close to achieving an 80% vaccination of our community, now is not the time to become complacent. We must adhere to the USFK core tenets and remain vigilant as we stamp out these recent clusters.”

In Japan, Kadena Air Base had one person test positive for COVID-19, according to a base Facebook post Saturday morning. The individual was identified before traveling to the United States.

Kadena, on the southern island prefecture of Okinawa, has recorded 35 cases so far this month. It reported 17 in May.

Japan reported 958 new infections on Monday, 329 fewer than the same day last week, according to public broadcaster NHK and the World Health Organization. There were 35 deaths nationwide.

Tokyo on Monday reported another 317 coronavirus infections and four deaths, according to NHK, which cited metropolitan government data. That’s 81 more than the same day last week.

Okinawa prefecture, home to most U.S. troops in Japan, reported another 25 infections Monday, the fewest number of daily cases the prefecture has reported since 18 on March 22, according to NHK. There were two deaths.

Okinawa remains in a state of emergency until July 11.