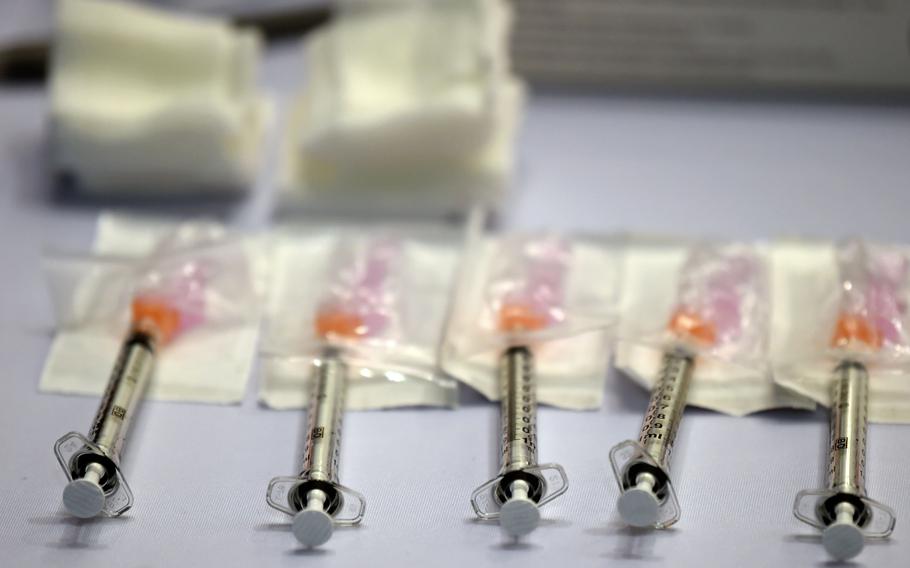 (Tribune News Service) — More than 1,200 cases of heart inflammation have been reported in people who received messenger RNA COVID-19 vaccines, according to the Centers for Disease Control and Prevention.

The numbers were reported at a Wednesday meeting of the CDC’s Advisory Committee on Immunization Practices, which is weighing heart risks from the vaccines. The meeting is expected to be wide-ranging, with discussion of heart inflammation, booster shots and the use of mRNA vaccines in adolescents.

More than 130 million Americans have been fully vaccinated with mRNA shots, according to the CDC, and there have been few reports of serious adverse effects. Two-dose COVID-19 vaccine regimens made by Moderna Inc. and partners Pfizer Inc. and BioNTech SE rely on the technology.

Pfizer and BioNTech’s shot was cleared for those 12 to 15 years old in May. About 2 in 10 adolescents among that age group are now fully vaccinated, according to the CDC. Initial safety findings from the U.S. health agency suggest real-world data is consistent with the results from the companies’ clinical trial prior to authorization.

The risk of heart inflammation following mRNA vaccination in adolescents and young adults age 12-39 is notably higher a few days after the second dose of the vaccine and in men. More data are needed to understand risk factors, treatment and long-term outcomes, according to the advisory committee.

Since April, the CDC has seen a spike in reports of myocarditis along with pericarditis, an inflammation of the membrane around the heart. The cases, while rare, have occurred mostly in male teens and young adults.

“We’re observing this in younger age groups, mainly teens and early twenties,” said Tom Shimabukuro, a safety expert of CDC’s National Center for Emerging and Zoonotic Infectious Diseases, at the meeting. “This largely disappears when you get to older age groups.”

Speaking at the Milken Institute Future of Health Summit, Walensky added that the data presented at the advisory committee meeting will “overwhelmingly demonstrate that the benefits of vaccination far outweigh the risks.”

(With assistance by Elaine Chen.)