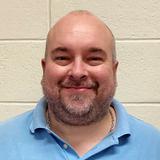 Matthew M. Burke has been reporting from Okinawa for Stars and Stripes since 2014. The Massachusetts native and UMass Amherst alumnus previously covered Sasebo Naval Base and Marine Corps Air Station Iwakuni, Japan, for the newspaper. His work has also appeared in the Boston Globe, Cape Cod Times and other publications. 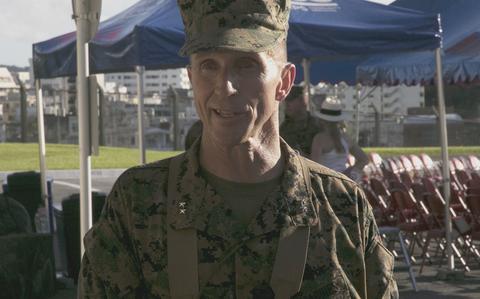 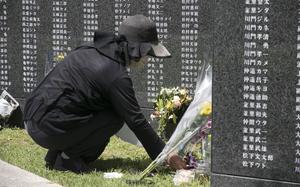 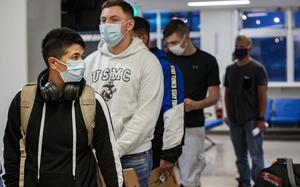 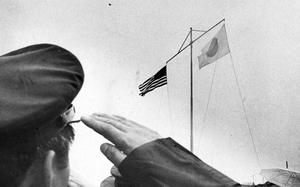 Young Okinawans are optimistic, but feel weight of US military presence on their island

Japanese pilots rose in near-record numbers to meet challenges by Chinese aircraft
Japanese fighter pilots responded to challenges by Chinese military aircraft during fiscal year 2021 at a pace second only to a record set five years earlier, according to data from Japan’s Ministry of Defense.

Baby’s broken bones lead to Navy couple’s arrest on Guam
A Navy petty officer and his wife face charges on Guam of family violence and child abuse after a pediatrician discovered arm, rib and skull fractures on the couple’s 3-month-old child, according to a complaint.

Sailors and Marines wrap up a productive ‘spring patrol’ with Japanese troops
The U.S. military’s seagoing first responders in Japan are at peak readiness after a three-month series of drills with their counterparts in the Japan Self-Defense Forces, according to Navy and Marine Corps officers on Thursday.

Guam to lift outdoor mask mandate on April 19 if coronavirus risk level remains low
Here’s a look at what coronavirus restrictions might be lifted if Guam can remain a low-risk community for two weeks.

US military rejects report that Marine threatened Okinawa journalist with rifle
The U.S. Army on Okinawa on Tuesday denied a local newspaper’s claim that a Marine pointed his rifle at a Japanese reporter during a security exercise at a U.S. military port last week.

Weeks of US-Japan military training near Mount Fuji winds down with F-35 missions
The U.S. Marines and their counterparts in the Japan Ground Self-Defense Force added airstrike practice by the Marines’ most advanced weapons system to their three-week exercise southwest of Tokyo.

Patriot Express is adding more Seattle-Guam flights in time for PCS season
The Patriot Express will soon resume flights every two weeks between Guam and Seattle in time for moving season for military families, according to the Air Force’s Air Mobility Command.