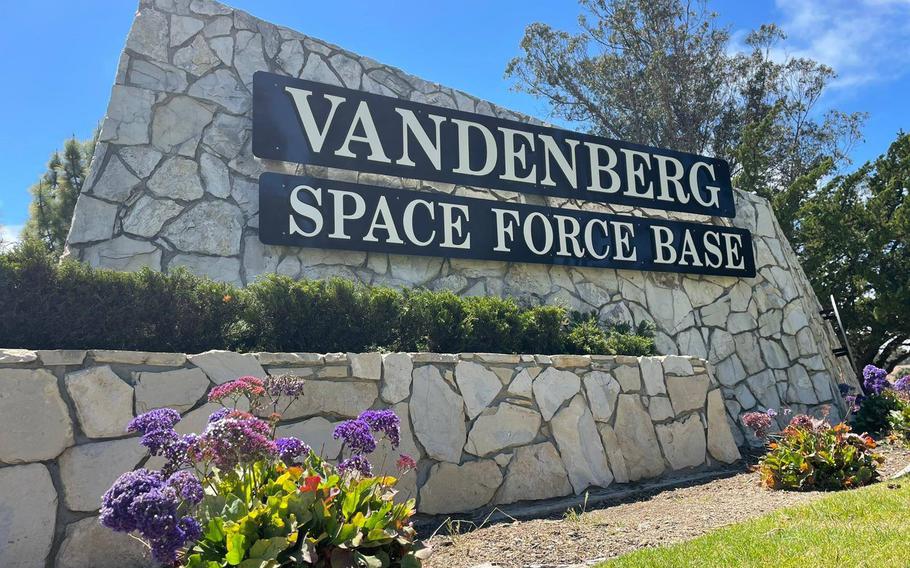 A Starlink mission carrying 51 satellites is scheduled to launch on Monday, Jan. 9, 2023. (Vandenberg Space Force Base)

(Tribune News Service) — A Starlink mission carrying 51 satellites will ring in the new launch year at Vandenberg Space Force Base near Lompoc, Calif.

Liftoff of the Falcon 9 rocket, built by Space Exploration Technologies, is scheduled for Monday night from Space Launch Complex-4 on the South Base.

The instantaneous launch opportunity will be at 8:15 p.m. Monday, with a backup opportunity set for 8:02 p.m. Tuesday, SpaceX said Saturday.

The satellites’ placement in space determines the planned time for rocket launches.

Rocket launches can be delayed because of technical troubles or unfavorable weather.

The 229-foot-tall rocket will place another set of Starlink satellites in orbit. Deployment of the 51 satellites will begin 29 minutes after liftoff, according to SpaceX.

Starlink, a SpaceX-led business, involves thousands of satellites to create a constellation to deliver Internet access to remote areas of the planet and places where the service isn’t reliable.

So far, SpaceX has placed 3,666 satellites into orbit.

Only 3,107 spacecraft were operational as of Friday, according to an online tally by Jonathan McDowell, an astronomer and astrophysicist at the Harvard-Smithsonian Center for Astrophysics. He’s the author and editor of a newsletter detailing satellite launches.

Eight minutes after liftoff, SpaceX intends to land the spent first-stage booster on a droneship, dubbed Of Course I Still Love You, positioned in the Pacific Ocean several hundred miles south of the Central Coast.

That means local residents won’t hear the sonic booms that typically accompany a return to Vandenberg.