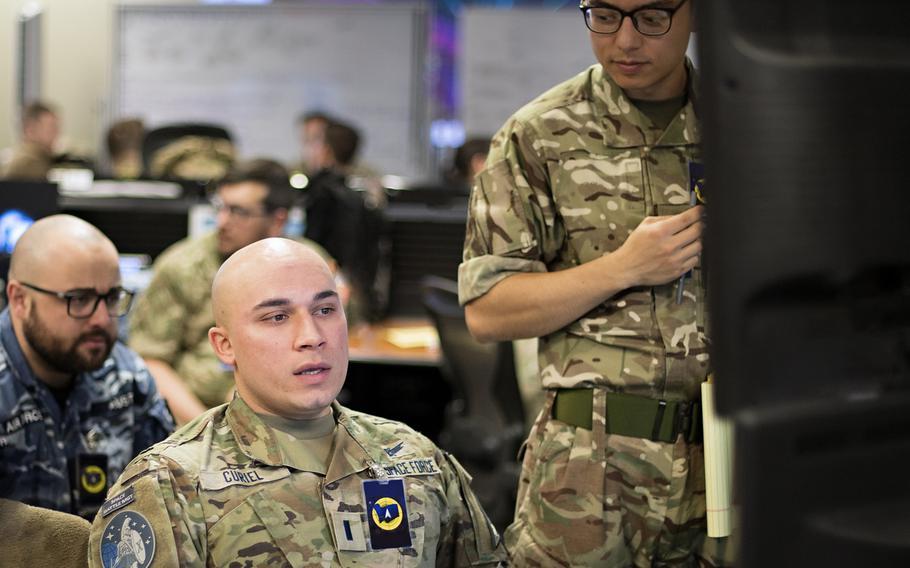 COLORADO SPRINGS, Colo. (Tribune News Service) — The Space Force has taken over all of the Department of Defense's military satellite communication functions, a major step in building the new service.

The Army's transfers were expected to include $78 million in operations, maintenance and 500 positions, the release said. As part of the consolidation, the Army transferred the Wideband Global SATCOM and Defense Satellite Communications System to the Space Force in August. The Wideband Global SATCOM system is considered the "backbone of the U.S. military's global satellite communications," according to the Space Force.

The Colorado Springs area did not see a net gain in jobs although some people did transfer from Fort Carson to Schriever Space Force Base, said Col. David Pheasant, commander of Delta 8. His delta focuses on satellite communications as well as position, navigation and timing, and represents about 10% of the Space Force.

As part of the overall consolidation, Pheasant said he expects those trained in space operations will be able to spend their entire career working on space missions.

"They can build on that knowledge and be able to share it with others," he said.

Previously, a soldier in the Army might spend just a few years working as a satellite operator before moving on to a new job, he said.

The transfer of all new Space Force members as part of the consolidation is still underway and is expected to last through December, he said. However, those people are already working for the Space Force, even though they may still officially be members of other military branches.

As part of growing Space Force capabilities, Pheasant said he expects the service to grow its partnerships with other countries.

For example, the service could put payloads on some of Denmark's satellites, he said.

Expanding capability in space is important because the military is seeing demand for satellite connectivity in the field proliferate, just as demand for data connections has risen in homes. Any resident likely has five devices or more in their home requiring a connection. Similarly one military vehicle in the field likely has five different pieces of equipment that need satellite connectivity.