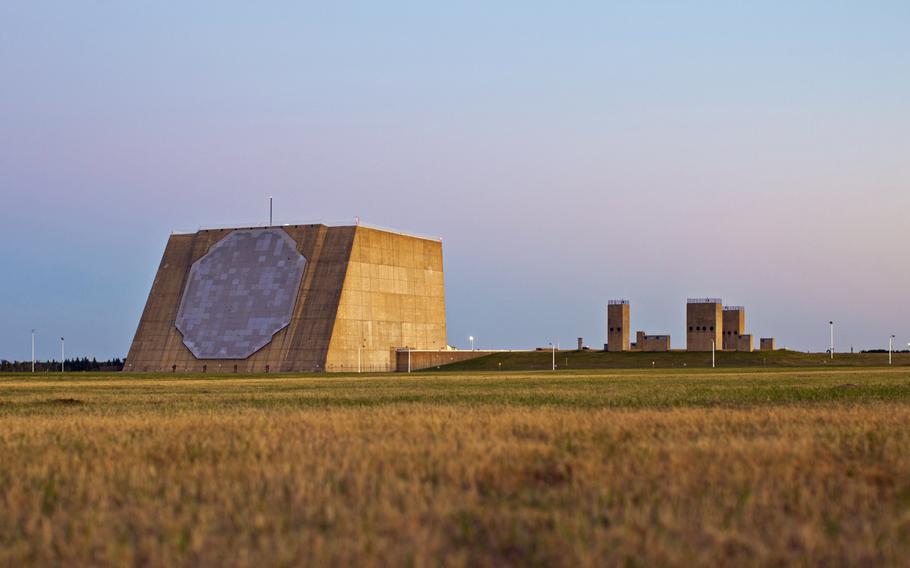 The site will be re-designated as the Cavalier Space Force Station and will continue to serve in the tracking of Earth-orbiting objects.

North Dakota Senator Kevin Cramer said that the potential for North Dakota to contribute to bolstering America's dominance in space, and Cavalier becoming part of Space Force is the first of what the state hopes to be many steps in formalizing that relationship between the state and the newest branch of the U.S. military.

"Cavalier will now be able to use its capabilities to effectively monitor our adversaries' space activities and ensure we keep our country safe," Craemer said. "I look forward to working with (USSF Chief of Operations) Gen. (John) Raymond to ensure this transfer is successful and Cavalier maximizes its potential."

Senator John Hoeven said the station has been an important part of America's space operations, and “that's why we made the case with military leadership for ensuring the station continues in this role as we stand up the Space Force,” he said.

"This re-designation is part of our broader efforts to build a central role for North Dakota as we move into this new chapter in the race in space, building on the low-Earth orbit satellite mission and the UAS laser communications project that we've worked to bring to Grand Forks," Hoeven said.

The re-designation adds to the state's work in building its role in the United States’ space program including:

— Establishing a new space networking center in Grand Forks and linking it with unmanned aircraft operations in the Red River Valley, including the 319th RW in Grand Forks.

— Securing a $6 million award from the SDA to General Atomics to demonstrate satellite to MQ-9 Reaper laser communications. This grant includes utilizing high frequency lasers, rather than radio frequencies, which enables transmissions between satellites and unmanned aircraft to use less power and be more secure against detection and interference. These capabilities could be used to enhance the MQ-9 mission flown by the North Dakota Air National Guard's 119th Wing in Fargo.

Cavalier Air Force Station is a United States Space Force installation, where the 10th Space Warning Squadron, Space Delta 4, United States Space Force monitors and tracks potential missile launches against North America with the GE AN/FPQ-16 Enhanced Perimeter Acquisition Radar Attack Characterization System (PARCS). The PARCS also monitors and tracks over half of all earth-orbiting objects to enable space situation awareness and space control. In addition to contractors, NORAD has U.S. and Canadian military members assigned to the facility. The facility was built as one site of the Stanley R. Mickelsen Safeguard Complex for the Safeguard Program's anti-ballistic missile defense, with the PAR providing detection data for computing preliminary trajectories to be provided to the Missile Site Radar. The USAF acquired the site and expanded it into the Concrete Missile Early Warning System (CMEWS) named for the nearby Concrete ND community, in 1977.