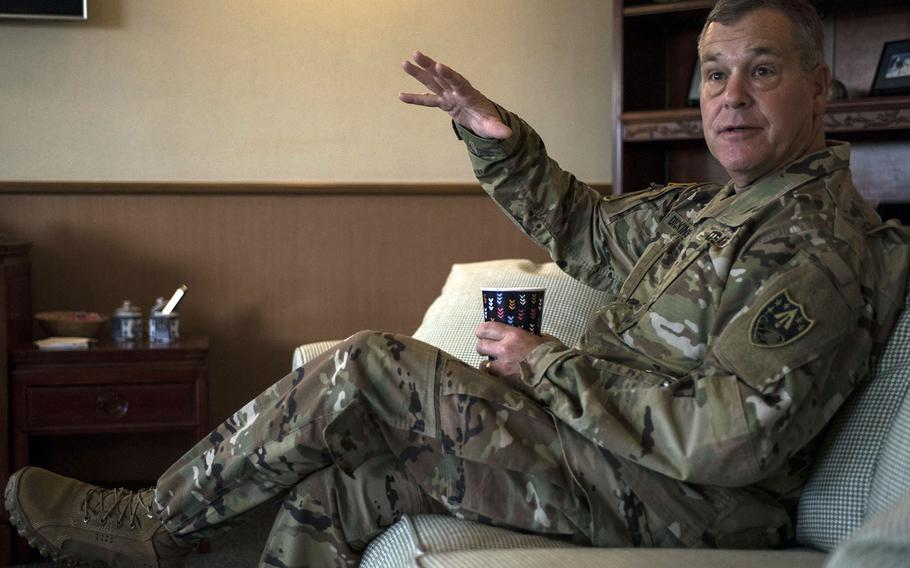 “We still get questions on how they are, in fact, different,” Army Gen. James Dickinson said. “Many still confuse the two even to the point of assuming they are the same. That’s understandable.”

It’s understandable for the public, Dickinson said in a video conference moderated by Frank Cilluffo, director of Auburn University’s McCrary Institute for Cyber and Critical Infrastructure Security. Members of the military know that America’s armed forces — the Army, Navy, Marines, Air Force, Coast Guard and Space Force — “organize, train and equip warfighting forces. A ‘command’ takes forces like the Space Force, merges it into a larger team and conducts operations.”

Dickinson used Auburn football as an example. It’s all about the team, Dickinson said, or more precisely the “team of teams” that will protect America’s space frontier. Dickinson compared his job to the job of Auburn head coach Bryan Harsin. “He’s going to take the offense, the defense and the special teams and combine them into one highly effective, powerful team of teams,” Dickinson said.

Many Americans “still don’t quite grasp how important our assets in space really are,” Dickinson said.

“Many don’t understand how their daily lives are tied to assets in space,” he said. “Our space-based capabilities enable virtually every element of our national power, diplomacy, economics — finance information among them — and they enable almost every facet of the American and allied way of life.”

“Go to an ATM? Space-based ‘capabilities’ make those systems work. Use a credit card at a gas pump? Same thing. Navigations services on your phone or in your car, live TV broadcasts of your Tiger football teams beating up those SEC opponents, the electricity grid and water supplies are all directly or indirectly enabled by space,” Dickinson said.

“And as I’ve said many times, those advantages create dependencies,” Dickinson said, “and those dependencies expose vulnerabilities. And those vulnerabilities provide openings that our competitors try to exploit. The threat of that exploitation is what drove us to develop the structures, the functions and tools to protect and defend the space domain.”

Dickinson stressed the importance of cyber security to his overall mission. “I just wanted to make sure you heard from me so that you can confirm just how serious we are about this,” Dickinson said. “For those of you in academia and industry, I know it helps to hear this directly from me, so that you can better calibrate your efforts....” He concluded that “U.S. resilience, U.S. national security and U.S. economic security are all inextricably tied to space and cyber security.”