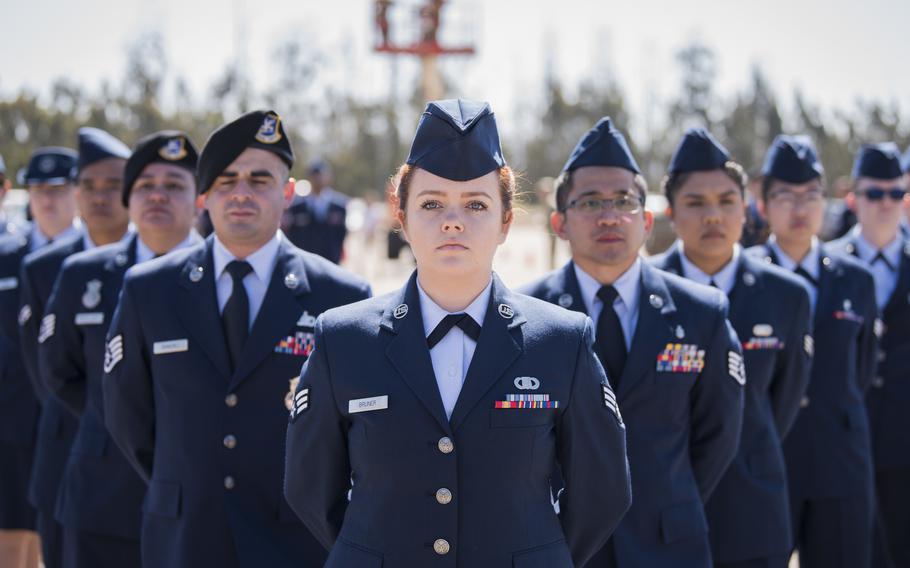 WASHINGTON (Tribune News Service) — The Space Force, created by Congress in 2019, is off to a rocky start in its first full budgeting cycle as its own branch of the military.

In the report accompanying the fiscal 2022 defense appropriations bill, members of the House Appropriations Committee expressed concern and frustration over the lack of a coordinated strategy in the Pentagon’s budget request. The panel seems particularly concerned about how the Space Force, which is now a separate service within the Air Force — akin to how the Marine Corps operates within the Navy — goes about buying equipment.

“The Committee remains concerned that the Air Force has not taken more aggressive action in addressing longstanding space acquisition issues and has made little progress in defining what the Space Force will be doing that is fundamentally different than when it was a component of the Air Force,” the report states.

The service’s budget request includes funding for the same type of “big juicy targets” that Gen. John Hyten, former commander of U.S. Space Command and current vice chairman of the Joint Chiefs, has spent years warning against, the report notes. (For the Pentagon, a satellite in orbit is a “big juicy target” if it is expensive, hard to replace, and knocking it out would shut down a vital capability. Having a network of smaller, cheaper satellites makes them harder to cripple and less tempting as a potential target.)

“The Space Force lacks a clear plan which defines its future space architecture and lacks a strategy for how this architecture will be acquired,” the report continues.

And the committee does not sound too impressed with Space Force’s progress thus far.

The service’s plans for creating a new space acquisition unit consist primarily of renaming an existing organization and incorporating existing space launch units, according to the report.

“The plan does not resolve the fundamental issues of overlap and duplication in roles, responsibilities, and authorities among the various other space acquisition units in the Department of the Air Force,” the report states. “The Committee believes the Space Force needs a clear and concrete vision for its future system architectures, based not on philosophy but on rigorous technical analysis with executable plans resourced by realistic budgets.”

This criticism notwithstanding, the House Defense Appropriations Subcommittee would give the Space Force almost everything it asked for in its budget request.

The committee envisions cutting $68.5 million from the force’s operations and maintenance account, down to $3.37 billion, with most of the cut ($51 million) coming from administrative costs.

For Space Force procurement, the committee recommends $2.74 billion, $25.1 million (or less than 1%) less than the Pentagon requested.

The biggest cut comes in research, development, testing and evaluation, where lawmakers want to reduce the Pentagon’s request by almost half a billion dollars, from $11.3 billion to $10.8 billion, or 4.3%. The bulk of that reduction, $410.5 million, comes from classified programs.

But in terms of personnel, the Space Force is the only service that both the Defense Department and appropriators would like to grow, a necessary step for the fledgling service branch. Under the bill, the Space Force would add 8,400 personnel, while all of the other services would shrink their active-duty forces by a combined total of 10,375.